As we approach the usual start for the NCAA football and basketball seasons, the league finds itself in a tough situation. Having lost all the revenue from this year's March Madness after it was cancelled due to COVID-19, the league now finds itself in a predicament as to how to proceed with the 2020 college football and 2020-2021 basketball seasons. 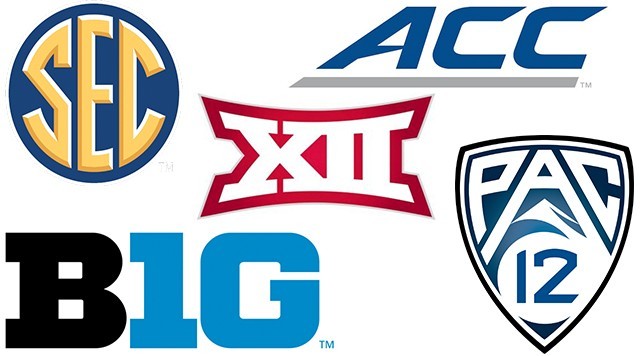 The Pac12 and Big10 have already opted out of the fall start to the season and indicated they will start their seasons in the spring, when there will hopefully be a safe and effective Coronavirus treatment or vaccine, while the SEC, Big12 and ACC have indicated they are planning to go forward as usual, starting in the fall. The smaller Division 1 conferences seem to be up in the air, although they have already reached out to the NCAA for help, indicating they will not be playing. Unlike the Power 5 conferences, the smaller conferences likely can't afford to play without fans in attendance, with The Ivy league possibly being the exception simply because of donations from wealthy alumni. One thing that is certain for all the conferences is that smaller sports like wrestling, track and field and swimming are in jeopardy as schools simply can't afford to pay scholarships and sponsor those programs with no TV revenue, no paying fans and no real interest with the postponement of the Olympic games indefinitely.

NCAA football is more or less controlled by the Division 1 conferences themselves, as they have media contracts and conference owned networks, and the 10 conferences in the FBS control all aspects of the FBS bowl season, independent of the NCAA. Make no mistake, many of these universities could still be in trouble financially since their costs are very high including huge football coaching contracts. Most universities have little in reserves, but their football seasons will survive regardless of which conferences play and when the games are played.

College basketball, on the other hand, is completely controlled by the NCAA itself and March Madness makes up 80% of the NCAA revenue. So, the NCAA suffered a billion dollar loss with the cancellation of the 2020 March Madness and it is questionable whether they can survive a cancelled season and tournament. As for Division II and Division III conferences, they have already cancelled all their games and tournaments for 2020 and there is belief that many may fold all or part of their athletic programs to save costs. Unlike Division I schools, athletics is offered as an incentive at Division II and Division III schools to attract students to the university, but it is not a money maker and rarely are athletic scholarships handed out. Most Division II and Division III schools treat athletics with the same lens as music, art, or wood shop. And without the athletics there is a concern that tuition revenues may decline dramatically as students will simply see no advantage to enrolling at a school like Western Oregon University if they can’t participate in the athletics programs and will either skip university or try and get in to a Division I school where they can play.

But while the schools and students are clearly suffering the most by the COVID-19 cancellations, the one industry that has been forgotten in the equation is the sports betting industry, with both bookmakers and states suffering greatly.  Most states are now offering some form of licensed and regulated sports betting and that number expected to grow. And many states, like New Jersey and Pennsylvania, were relying on revenue from sports gambling for government programs. U.S. facing offshore sportsbooks are also losing a lot of money due to cancellations, but that isn't a real concern for many Americans.

How big is the potential loss from the cancellation of NCAA sports?

The American Gaming Association estimates that 12 million bets worth $4.7 billion were wagered on the NCAA football season in 2019 and the amount on NCAA basketball would have exceeded that significantly. In fact, estimates were that 47 million people placed bets on March Madness alone for a total of $8.5 billion in 2019 and that number is only expected to rise as more states legalize sports betting (provided they don’t exclude amateur sports). A report by Eilers & Krejcik suggested that if all 50 states had legal sports betting, the total betting on March Madness would be $15.2 billion, with a profit of about $1.2 billion, since basketball has a slightly higher hold percentage than football due to so many upsets.

I asked a manager at Heritage Sports how big NCAA betting was at his sportsbook and he said it was very significant:

“Live betting is now the largest volume and revenue source for us. This covers all in play wagering for all sports events. If you combine NCAA basketball and football it is in fact a large contributor (approximately 20-25% of total volume), but still trails In-Play. NCAA basketball trumps football based on the number of games and the tournament is a huge draw. MLB, based on the number of games, still garners a lot of attention and if we separated NCAA baskets/football it is our biggest single sports volume draw. You may be surprised to know that NFL is down the list with NBA betting increasing over the last several years.”

I spoke to a Harold, a professional sports bettor in Nevada, who said that he, along with the group he bets with, wager almost exclusively on NCAA sports, as they provide the biggest opportunities. He said he bets on professional sports for tiny amounts only when he wants action. And he is devastated by the decision to postpone or cancel games due to COVID-19.

“I always did well betting in high school and university. I made good money (for a student), on NFL, NBA and the occasional MLB games, so when I completed university I decided to move to Vegas and make a living off it. I figured I would eat the sportsbooks alive given the amount of effort I put into my handicapping and strategies and for a while I did well although I never got rich. And over time my winning bets dwindled to the point where I became lucky to eek out any profit. The sportsbooks got sharper, the lines got tighter and the leagues became more competitive. So, one day I was sitting with a couple of other professional bettors and told them my woes and each of them said right away that my issue was what I was betting on. They were making a killing winning over 55% and they were doing it on college sports. I asked why and they gave 4 main reasons why you can win on university games far more than pros:

- - First, college players and staff have loose lips and if you connect with the right people you can find out who is sick, which key players will be sitting out or playing only part of the game and so forth. You would be shocked how valuable it is to have a relationship with the team's trainer for example. With pros that just isn't possible. And you only need to find information like that on a few games a week to be happy. 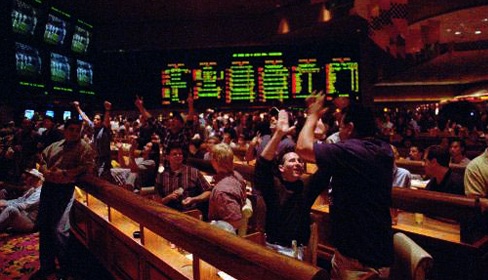 - - Second, the disparity between teams in games is massive compared with the pros. More times than not, bookies either don't want to spot too many points on a game where they know they will get 2 way action or they spot far too many points on a game that is mismatched. And when there's hundreds of games a week on the board, as is the case in college sports, you can always find a handful of games where the opening lines are just bad. After all, bookies cannot handicap every game well. And living in Vegas you can jump on the lines before the industry and other books move the games to the correct line.

- - Third, small conference games in both football and basketball, (but mostly basketball), always have lines that are off, and most books don't worry that much about those games because they concentrate on the powerhouse conferences. So games involving teams like Weber State, Pepperdine or St. Mary's are almost always going to be off to some degree and the bad lines may stay up for quite a while allowing you to bet the same line at multiple books before they are moved.

- - Fourth, there is a massive amount of media coverage for all sports but with the pros everything comes from the big networks, ESPN, Fox Sports and so forth. With college sports and especially the smaller conferences the media start posting things on social media, and particularly Twitter, on local radio university radio stations and in local newspapers that the bookies may not pick up on. And more often than not when they do it's long after the professional bettors have laid down their bets.

For that reason, I am devastated by the announcement of the postponement or cancellation of games. It's not so much the decision by the Pac12 and Big10 not to play that is the concern, but rather the likelihood that almost all of the smaller conferences won't be playing football and even more damaging,the likelihood that all NCAA basketball will be canceled. I understand the reasoning for sure, but it doesn't soften the blow. I figure I lost at least $30,000 by not being able to bet on March Madness this year and with the lost season coming up I likely will likely not be able to make enough money to match my expenses. I still have money in the bank, but when this is your living it hurts. And unlike people in other businesses I can't claim unemployment.”

So, the decision to cancel NCAA games will be devastating to everyone in the industry, including players, coaches, universities, the NCAA itself and those involved with betting on the games. 2020 and 2021 almost certainly would have been a year to remember due to some conferences decisions to allow players to profit from use of their names and images, the increasing parity among teams in the various conferences, and the amount of legal betting that likely would have taken place on the games as more states license and regulate sports betting. But the pandemic changed all those exciting opportunities and we will have to wait to see how things pan out.

It appears conferences in the deep red states will be going ahead with football games, albeit without fans, while the Pac12 and Big10 will be sitting it out until November at the earliest. And if there is a second wave of the virus or if some schools start seeing players catching the Coronavirus, the season will almost certainly be scrapped everywhere until there is an effective treatment or vaccine. And as for basketball, it appears that no teams will play until the vaccine is available. Without question the ones who will suffer the most are the players and teams but the states that were relying on the new revenue, offshore bookmakers like Heritage Sports and gamblers like Harold are also victims of this deadly virus and its impact on NCAA sports.