Last week during an iRacing NASCAR event televised on Fox, along with other media, Bubba Wallace was racing when he moved Clint Bowyer out of the way. When the Fox broadcasters asked what happened Bowyer responded "I got Bubba-ed." Following that statement Bubba Wallace turned off his computer and quit the game. Before quitting he typed on the gaming stream "that's why I don’t take this shit serious. Peace out." iRacing viewers were not amused and condemned him, but Bubba effectively told them to get over it since it was just a video game. While many would have expected it to simply end there, Blue-Emu, one of Wallace's real life sponsors told him and Richard Petty Motorsports, the team owner, that they would no longer sponsor Wallace going forward saying "we're interested in drivers, not quitters." At this point it is uncertain whether the loss of Blue-Emu will jeopardize Bubba's ride, but Petty Motorsports was apparently disgusted with Wallace's decision to rage-quit the game and there is indication they may be looking for a new driver once the 2020 season is officially over.

Wallace may be right that it's only a video game, but he is wrong that his actions affected no one. Everyone in NASCAR represents their sponsors when they do anything publicly and must understand that their actions have consequences. When Joey Logano is at an event and is wearing the Home Depot uniform or when Chase Elliott is wearing NAPA gear, they realize that they are representing those companies and any negative actions will reflect badly on their brands, just as much as they do on the driver themselves.

And with the millions of dollars that sponsors pay the team for advertising and promotion, that is reasonable. As well, there are gamblers who wagered on these races at sportsbooks and in DraftKings fantasy contests, so Wallace's decision to quit cost them a possible shot at winning the bet. In horse racing, jockeys can be suspended or even thrown out of the sport if they don't try to win a race. This has happened more than once and every time the horse racing industry has said that the decision not to give it their all not only was unfair to the owners and trainers of the horse, but also the gamblers who rely on the fairness and efforts of everyone involved to make the races and wagers fair for all. No doubt Wallace would argue that it's not his concern to ensure that gamblers have a shot of winning their bets, but these iRaces are keeping NASCAR and IndyCar relevant during the COVID-19 crisis and gambling is one medium to provide viewers and fans a vested interest in the results.

Moreover, while Wallace may feel he is being unfairly vilified for bad behavior, it's not just in NASCAR that this holds true. When Lance Armstrong admitted to steroid use, he lost over $150 million in sponsorship deals and after Tiger Woods' indiscretions with prostitutes came to light, he lost over $20 million in sponsorships with "family friendly" companies, although Nike stuck with him. As well Michael Phelps lost his Kellogg's sponsorship after he was caught smoking a bong and Kellogg's felt that was bad optics to children. And the list goes on.

It only takes one word

Bubba Wallace, however, was not the only victim of misbehavior in the video game. On Saturday, Kyle Larson was attempting to talk to people on his feed but got no response. He kept asking if anyone could hear him. When someone responded he used the N-word to greet the respondent. No doubt, Larson wasn't trying to be racist and it was likely some sort of joke between the two of them, but using any ethnic slur in a public forum results in repercussions. The audible gasp by other players and the comment by one driver that everyone can hear him also indicated how serious a misstep that was. And the use of that one word seems like it may have cost him his career.

NASCAR suspended Larson indefinitely and Chip Ganassi, the team owner, fired Kyle Larson on Tuesday after Larson's two main sponsors, McDonalds and Capital One Bank, told Ganassi they will not sponsor the car as long as Larson drives that car. Moreover, GM effectively told Larson that he will not be eligible to ride another Chevrolet going forward. In suspending Larson NASCAR provided the following statement:

"NASCAR has made diversity and inclusion a priority and will not tolerate the type of language used by Kyle Larson during Sunday's iRacing event. Our Member Conduct Guidelines are clear in this regard, and we will enforce these guidelines to maintain an inclusive environment for our entire industry and fan base."

And Chip Ganassi effectively said the same thing after the race and prior to firing Larson:

"We are extremely disappointed by what Kyle said last night during an iRacing Event. The words that he chose to use are offensive and unacceptable. As of this moment we are suspending Kyle without pay while we work through this situation with all appropriate parties."

Larson isn’t the first athlete to jeopardize his career due to offensive language.  Manny Pacquiao almost lost his belt after he said on a TV broadcast: “If we approve male on male, female on female (marriage), then man is worse than animal.” As well, Yunel Escobar was fired by the Toronto Blue Jays after he wrote a homophobic comment in black marker under his eyelids and who could ever forget John Rocker, who was disgraced and never pitched again after he made the following comment to Sports Illustrated about whether he’d play in New York:

"I'd retire first. It's the most hectic, nerve-wracking city. Imagine having to take the 7 Train to the ballpark looking like you're riding through Beirut next to some kid with purple hair, next to some queer with AIDS, right next to some dude who just got out of jail for the fourth time, right next to some 20-year-old mom with four kids. It's depressing... The biggest thing I don't like about New York are the foreigners. You can walk an entire block in Times Square and not hear anybody speaking English. Asians and Koreans and Vietnamese and Indians and Russians and Spanish people and everything up there. How the hell did they get in this country?"

The biggest difference between Larson and Wallace is that they jeopardized their careers effectively for nothing. It was a video game with no money paid out for the winner and which really provided them no transferable skills to the real sport, or at least one would think.

iGaming brings new opportunities for some

Garret Smithley, a virtual no-name driver, got a full-time sponsor for all remaining iRaces and for the Brickyard 400 if the race is run this year, thanks solely to his iRacing results. Gunbrokers.com has come aboard and given the Rick Ware driver a new release on life, thanks to his video game skills. And both the driver and team owner know it. Rick Ware stated the following in a press release: 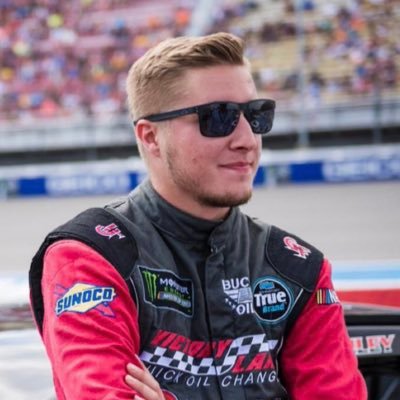 "Garrett is a fantastic young race car driver and has recently been given the opportunity to showcase his talent in the iRacing Series. Having GunBroker.com come back on board not only for the iRacing events, but as a potential primary for other Cup events is a huge opportunity, especially during this difficult time."

As well in IndyCar iRacing both Sage Karam and Conor Daly who are part time drivers got a big boost after sponsors have come forward for both iRacing and real races.

"I see how the racing world has embraced it. It’s really cool to see how it’s growing. That’s why I’m so into it because I’m not a full-time race car driver right now, I’m part time in the real thing, so it keeps me busy, and it’s something fun, but I also take it seriously. You can kind of make a living off of it now. I’m trying to get to that level, and it’s been a challenge, but it’s been fun."

But some defenders of Larson have said that he should not be held accountable for one mistake and eSports, which is very popular, very lucrative to the players and which has a lot of betting on it, not only often has the players iterating questionable words and phrases, but those words are part of the games themselves. Games like Call of Duty and League of Legends are filled with profanity and ethnic slurs, yet no one has ever been suspended or vilified for using questionable language while playing those types of games. Most would argue that any questionable language was just a part of getting caught up in the game.

That said, one must wonder whether the benefits to professional athletes outweigh the risks of participating in iRacing or any other eSports or video games going forward, since many other leagues are interested in following iRacing's lead. The answer seems to be whether the athlete has a full-time career like Larson or a part time career like Smithley, along with whether the athlete is able to control their emotions and language. And if an athlete can't control themselves, then no doubt many would tell them to forget playing or at least to turn off the volume so others can't hear any potential ‘transgressions’.

iRacing has been a fun diversion and has given bettors something to look forward to on the weekends, but no doubt Larson and Wallace wish they had resisted playing. As they quickly learned, during this strange time, everything is fair game and what may seem like irrelevant small mistakes in the heat of a game can have major real-life consequences.