Almost 5 years later, Absolute Poker customers appear to be getting the money back, but most in the industry believe that any serious players had already taken their money out.

Last week the Department of Justice (DoJ) announced arrangements for Absolute Poker clients to get money owing to them repaid. According the release, the DoJ was going to use the Garden City Group (the same company that processed Full Tilt Poker claims) for repayment. While Ultimate Bet, which along with Absolute Poker made up the Cereus Network, was not mentioned in the release, I have been told by people with Ultimate Bet accounts that their balances were available for withdrawal too. To the surprise of many when people went into the accounts the full balances have appeared, so it seems customers will get back everything they are owed.

The repayment has been a long time in the works as the DoJ wanted the Cereus accounts settled in 2012, but for whatever reason nothing was ever processed. So now, almost 5 years later, customers who appear to be getting the money back must feel like Christmas came early.

I spoke to a couple of analysts who suggested that this decision by the DoJ was likely nothing more than the current regime wanting to get outstanding issues off the desk as the new Attorney General sets his plans in motion for dealing with online gambling. It's also quite possible that the decision could relate to Scott Tom's return to the United States in February and his pleading not guilty to illegal gambling charges, as that may have reminded the DoJ that this repayment issue was outstanding. Tom, along with Brent Beckley were indicted in 2011 for their rolls at the company, but while Beckley pleaded guilty to bank and wire fraud and served a sentence, Tom fled south and indicated he would not return to the United States. That changed in February of this year when Tom returned, pleaded not guilty and paid $500,000 for bail. However, sources close to the situation seem to believe that Tom either settled with the DoJ or is in the process of settling. Tom indicated he just wants this to be behind him and again it's quite likely that the current DoJ just wants these old issues off their desk so that Sessions and the GOP can pursue their own direction without distraction. The DoJ did receive all the assets of Cereus in 2013, so they would have the funds to pay back the players. In all likelihood, Tom will pay a large fine in return for his freedom as happened with PokerStars former payment director Paul Tate last October when he pled guilty to illegal gambling and was spared any jail time. 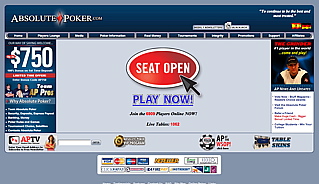 Regardless of the reasons for the decision to repay players now, it doesn't negate the fact that the whole Absolute Poker and Ultimate Bet situations were handled deplorably and the Kahnawake Gaming Commission (KGC) must be condemned for their ineffective measures to protect customers following revelation of the cheating scandals and after Black Friday. When the FBI seized the websites on Black Friday the KGC wiped their hands of the situation, effectively saying that they had no control over the new entity that bought Cereus (Blanca Games), so players had no beef with the KGC. In an August 2012 press release the KGC stated that the Commission no longer regulates Blanca and provided a general victim information number for the U.S. Attorney in Manhattan, while never really indicating any concern for players whose accounts were now in limbo.

Blanca, which moved operations to Antigua was indeed out of the KGC's control, but considering Cereus operated in the reserve up to 1 year prior to the seizures they owed the players a better explanation, especially since the vast majority of players wouldn't have had a clue that the Absolute Poker and Ultimate Bet sites had switched jurisdictions. Still, several people in the poker industry believe that the KGC were culpable because the websites should have been closed prior to Black Friday. The cheating scandals that occurred were so egregious that under no circumstances should the sites have just continued as if nothing happened.

To provide some history of the scandals for those not familiar with the situation, Absolute Poker was founded in 2003 and Ultimate Bet in 2001. Two key individuals in the companies were Scott Tom at Absolute Poker and Russ Hamilton (a former WSOP champion) at Ultimate Bet. Both were instrumental in the development of the poker products. As part of the development dummy "superuser" accounts were set up at each site to test the software. These superuser accounts could see the hole cards of other players at the table which was deemed necessary to ensure that the software was working properly. This is a common practice for all poker sites and when it is confirmed that the software is working properly the superuser accounts are supposed to be deleted. This, however, never happened at either Absolute Poker or Ultimate Bet.

The accounts were kept active when the products went live and these superuser accounts were used to cheat other players in high buy-in tournaments and larger cash games. And the cheating was only revealed thanks to some clever investigative tactics by a poster at the 2plus2 poker forum. The poster noticed some strange play when he was in a tournament and complained to the company that he believed there was some sort of cheating going on at Absolute Poker by a player with the screen name POTRIPPER but the company denied any wrongdoing. The player asked support for a hand history of a tournament at Absolute Poker and the employee inadvertently sent the hands held by every player at the tables. After he analyzed the play he was convinced there was cheating and posted the results on the forum. To even the most novice poker player it was obvious that something was fishy.

POTRIPPER would fold pocket kings to pocket aces before a flop, he would raise with a lousy hand only when other players clearly didn't have hands they could call with and he would raise players with marginal hands when his was better. The KGC got involved but denied any wrongdoing after "some examination" but when the proverbial hit the fan, they could no longer deny that there was indeed cheating going on. The KGC went back and noticed the cheating had occurred for some time in many tournaments, but never went to police or revoked Absolute Poker's license, instead issuing an irrelevant $500,000 fine to the owner of Absolute Poker and demanding that the players be reimbursed $1.6 million they were cheated out of. According to the KGC they never pursued charges because the cheating technically took place in Costa Rica where the product was developed and it was in the best interest of players and the site to keep it peaceful and learn from Tom how the cheating occurred. Of course, most analysts and players simply believed that the KGC didn't want to lose their largest licensee.

Not long after a similar cheating scandal was revealed at Ultimate Bet when a player named NioNio took a large amount of money from big bettors at the company. In the end, there were deemed to be 7 superuser accounts at that company and the culprit in this case was Hamilton who was heard on tape later admitting to the cheating, but suggesting he felt no remorse. A fine of $1.5 million was levied against Ultimate Bet and the company repaid players $22 million, but again, the license was never revoked.

"Most in the industry believe that any serious players had already taken their money out of the company."

What left a bad taste in most player's mouths is that the owner of both sites was Tokwiro Enterprises, run by former Mohawk Chief Ed Norton, who is now the Grand Chief of Kahnawake. It is widely believed that the reason the KGC was not harsher on Cereus was that Norton had too much control and they didn't want to challenge him. But because of his association with the reserve, all fines likely went nowhere. Players were indeed repaid, but it didn't change the fact that the KGC never pursued charges when they were indeed warranted or in the very least suspended licenses until the KGC could get to the bottom of the problem. In 2010 Tokwiro sold Absolute Poker and Ultimate Bet to Blanca Games based in Antigua and the next year Black Friday shut down the sites.

Most in the industry believe that any serious players had already taken their money out of the company, which is one of the reasons why they didn't have the funds to pay back players after Black Friday. One person close to Absolute Poker after the sale said that "if there was $25,000 left in player accounts I'd be surprised." It begs the question as to why Blanca simply didn't repay customers after Black Friday if the account balances were really that low, but the likelihood is that Blanca had already given up on the companies, so there was nothing to gain by repaying players. Plus, they thought any reimbursement should come from the KGC since the sites operated on the reserve for 5 years prior to the seizures.

So, five years after the fact players from the Cereus companies will be paid back by the feds, but the amounts they will get are likely insignificant. Obviously for someone with say $500 in their account they will be only too happy to get it back but, as many players who were refunded money from Full Tilt told me, it is an arduous process and in the end, you wonder if it was worth the effort.

One thing is certain – the only outstanding warrant from Black Friday is Isai Scheinberg from PokerStars. Look for the DoJ to cut a deal with Scheinberg as well, in return for his returning to the U.S. so that Sessions can begin his actions with online gambling with a clean slate.