A detailed look at Oscars betting

An in-depth look at the 2016 Oscars, including picks and predictions for every major category.

Two weeks ago I wrote an early Oscars article looking for value bets and I believed there were some in a few categories including Best Picture. At the time The Revenant was trading between 8/5 and 9/5 odds and it was my belief that the film was the one to beat as it had won several major awards leading up to the BAFTA awards and its loss to Spotlight for best cast at the SAGs could be forgiven since it wasn't nominated at those awards. Had the Revenant been nominated I'm certain it would have won. At the time I mentioned the film would probably be the favorite on Oscar day but I'm shocked how much it has dropped. Immediately after the BAFTA awards most betting sites had it trading as the 3/2 co-favorite with Spotlight but less than 2 weeks later as every prediction site now has The Revenant as the film to beat. The Revenant is trading between 4/9 and 2/5 odds. Spotlight has jumped to around 9/4 odds and The Big Short is now trading as high as 6/1.

The question is whether The Revenant is still worth it and the answer is yes. The Big Short will not win which really means only Spotlight can beat it but interviews with academy voters over the last week combined with the momentum it has seems to make it clear that most voters will be casting their ballots for The Revenant. Unfortunately for Spotlight, while it was an excellent film it still deals with a very dark topic of child abuse and most of the Academy voters just don't seem interested in awarding that topic. 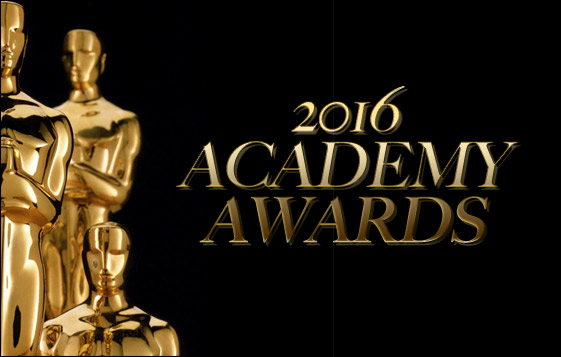 For Best Actor Leonardo DiCaprio will win. There's a better chance of Marco Rubio making an announcement during the election campaign that he is in a gay marriage than there is of Leonardo DiCaprio not winning for his role in the Revenant. But at odds between 1/80 and 1/100 he's just not bettable.

The same holds true for Best Actress where Brie Larson will win. For a while it appeared Cate Blanchett would give her a run for her money but Larson has won every single major award for her role in Room and her odds have tumbled to about 1/25 universally. Her chances of losing are actually better than DiCaprio and it would probably equate to Ted Cruz announcing he's in a gay marriage during the election campaign rather than Rubio.

For Best Director Alejandro Inarritu will win back to back directing Oscars. Anyone who followed my advice and grabbed him at 2/7 odds is sitting pretty. Inarritu has won almost everything and most importantly the Directors Guild Award. He's now trading at 1/10 odds generally. At those odds he's still a lock although some pundits are still suggesting that George Miller can pull off the upset for his directing performance in Mad Max: Fury Road but that's just a pipe dream. Is it worth taking 1/10 odds? A friend of mine would argue yes. He would suggest that if anyone could get a 10% return on their investment in one day they would grab it in a heartbeat since most investments now pay around 2% to 3% at best over a whole year. And if books actually allowed a wager of say $100,000 to win $10,000 he'd probably be right. But limits tend to be about $100 so whether it's worth laying out $1,000 to win $100 is up to the individual. Personally it's not something I'd be interested in.

For Best Supporting Actor Sylvester Stallone has stayed constant as the favorite and now trades generally between 2/7 and 1/4 odds. Mark Rylance's odds have been consistent at about 3/1 for his role in Bridge of Spies despite his wins in a few major awards. There's no question that Stallone will and should win this more as a legacy award than for his performance in Creed but that's just how it is. That said Rylance could pull off the upset so at 1/4 odds it's better to look at other categories for value.

For Best Supporting Actress I stated that Kate Winslet is a good bet at odds of around 7/2 for her role in Steve Jobs and I still maintain that. Rooney Mara is far too low at about the same odds and Alicia Vikander is the right favorite at odds between 2/5 and 1/3. She has won most of the awards and has been hailed for her performance in Danish Girl. This is just a hunch but I believe it will be similar to 1996 when Lauren Bacall was seen as a sure thing but lost to Juliette Binoche for her performance in The English Patient. Ironically that year when internet sportsbooks just started operating, the biggest sportsbook offered Bacall at 1/3 odds and Binoche at 4/1. Winslet, right or wrong, is still the more popular actress among her peers that Vikander.

For Best Animated Film it will go to Inside Out at odds between 1/100 and 1/150. There's really nothing to say there although I did see Shaun the Sheep Movie and thought it was pretty entertaining although it has zero chance of beating Inside Out.

Best Original Screenplay will go to Spotlight at odds between 1/10 and 1/15 giving it the one token award. Inside Out is probably a better screenplay but the Academy has never awarded an animated film in this category before and won't now either.

Best Adapted Screenplay will go to The Big Short at the same odds and for the same reason. Unfortunately for Room and Brooklyn the Academy has to give something to the picture that won the Producer's Guild Award and this is one area where they will do so.

Best Cinematography will go to The Revenant. At odds between 1/20 and 1/25, however, look at other categories unless some book allow a parlay.

Best Film Editing is an interesting category because it often produces upsets. It seems to be between Mad Max:Fury Road at about 1/5 odds and The Big Short at 7/2. The latter film won the Producer's Guild Award and Mad Max looks like it will win several other awards for sound and spectacular effects. This is just a hunch but at 7/2 odds The Big Short could be a good bet.

Best Visual Effects is between Star Wars:The Force Awakens and Mad Max:Fury Road. There's no question Star Wars is great but these types of films always disappoint at the Oscars because the Academy is made up of stuck up snobs. They'll almost certainly give it to the film that is nominated in all the big categories and at odds of about 8/5 could be a steal.

Best Original Song is always an interesting category because it often produces upsets. As a general rule I usually listen to the songs and pick according to what I like. And many times it pays off. It's Hard Out There for a Pimp is a classic example. No one picked it to win but it was catchy and paid off handsomely at almost 8/1 odds. Unfortunately none of the songs this year are catchy. Certainly there's no "When You Wish upon a Star" or "Beauty and The Beast" but rather the songs are all slow and boring. Til it Happens to You is the 2/5 favorite for Lady Gaga but it doesn't stand out. It very well could win but I'm going to look elsewhere. Manta Ray at 30/1 has no chance and I doubt they'll give it to the Opera rendition of Simple Song #3 at 8/1 odds. The other two songs, however, could provide an upset. Writing's on the Wall by Sam Smith has a real chance at 4/1 odds. The song isn't great but it's certainly no worse than Lady Gaga's song and Sam Smith is as popular a singer as Lady Gaga, both being recent Grammy Award winners. Earned It by The Weeknd at odds of 7/1 could also pull off the upset. It's the most melodious song of the bunch and The Weeknd were raved about at this year's Grammys. As such I'm going to propose taking both. Effectively it would entail going against Lady Gaga and receiving 2/1 on Sam Smith and 7/2 on The Weeknd once the odds are halved.

Best Foreign Film is usually a good bet for an upset, but not this year. Son of Saul has won everything to date and will win here too at odds of about 1/15.

Best Documentary Feature appears to be between Amy which is about Amy Winehouse's life and Cartel Land about the fight against Mexican drug cartels. Both films have been highly regarded and both have won awards but Amy is a topic more in the Academy can identify with and the music was excellent. At odds of about 1/4 it appears to be a virtual lock.

Best Costume Design as I suggested in the last article the award should go to Mad Max:Fury Road and it is now the favorite at odds of about 4/5. Carol could pull an upset but Cinderella has no chance.

Best Makeup and Hair Styling is between Mad Max:Fury Road and The Revenant. The 100 Year Old Man Who Climbed Out the Window and Disappeared is gone for good and has zero chance of returning for this award. Mad Max probably has the better makeup and hairstyling and if I worked at Fantastic Sam I would likely have an even bigger opinion. But the 1/6 odds are too low so I'll take a very small flyer on The Revenant at 7/2 odds because DiCaprio has nice hair.

Best Production Design will go to Mad Max: Fury Road at odds of 1/12. The Revenant is the biggest contender but that picture will win its awards elsewhere.

Best Sound Editing and Sound Mixing will go to the same film, they always do. Mad Max:Fury Road is the favorite but I have a hunch they will award this to The Revenant as it takes a large haul of awards. At odds around 3/2 in both categories it seems a good bet.

Best Documentary Short should still go to Body Team 12 for reasons I mentioned in the last article. Surprisingly though the odds on that film are soaring. It has moved down to about the even money favorite while Spectres of the Shoah have dropped to about 6/5 odds. When that happens I always get suspicious of insider knowledge about a relatively nothing category and for that reason I now recommend people avoid betting this category.

Best Live Action Short looks to be between Ave Maria, Shok and Stutterer. The latter likely won't win as it's not enough of a hard hitting topic so that leaves Ave Maria about a group of Israeli settlers trying to get nuns home from the West Bank and Shok about the war in Kosovo. The latter has won quite a few other awards, is the most intense topic and I believe will take home the Oscar at around 5/2 odds.