A Trump presidency could lead to an impasse over online gambling

Donald Trump isn't going to simply give in to other GOP members' desires on issues that he disagrees with and that includes online gambling.

On Sunday night during the presidential debate it was clear that Donald Trump isn't going to simply give in to other GOP members' desires on issues that he disagrees with.

When pressed over the issue of dealing harshly with Syria and Russia, something which Vice Presidential candidate Mike Pence stressed in an interview, Trump stated "He and I haven't spoken and he and I disagree." The message was loud and clear: "Others in the GOP may have their viewpoints on issues, but it doesn't matter. If I'm the President, then I have the final say."

For the past few elections, the GOP made it part of their platform to ban all forms of online gambling, including online poker. In 2012 they also had a position to reverse the opinion of the Department of Justice (DoJ) in 2011, which suggested only sports betting was covered under the Wire Act. Part of the GOP platform in the section "Renewing American Values to Build Healthy Families, Great Schools and Safe Neighborhoods" under the subheading "Making the Internet family-friendly" stated the following:

"Millions of Americans suffer from problem or pathological gambling that can destroy families. We support the prohibition of gambling over the Internet and call for reversal of the Justice Department's decision distorting the formerly accepted meaning of the Wire Act that could open the door to Internet betting."

Of course this stance was to cater to groups like Focus on the Family,but more so to Sheldon Adelson, the Las Vegas Sands CEO, who has waged an all out publicity campaign to reverse the DoJ decision and make all online gambling illegal per federal law. The position of the Democrat Party is unclear, other than the DoJ opinion in 2011, but Barak Obama suggested that all gambling other than sports betting should be a state issue and not dealt with by federal law.

It seems, however, that the Republicans are softening their position on online poker while doubling down on other online casino games.

In July, Rich Muny, the VP of Player Relations for the Poker Player's Alliance stated that the GOP quietly removed the ban on online poker from their platform. Muny's article can be read here. It's uncertain why the ban was removed, although people connected to the Republican Party indicated there were a few reasons. 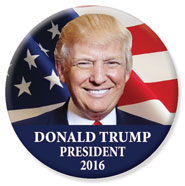 First and foremost, they said the call for a ban was not winning them any votes from those who are opposed to gambling but instead was costing them potential votes from gambling proponents. Second, there are quite a few people in the Republican Party who now support online poker. Chief amongst those is Pete Sessions, a close ally and supporter of Donald Trump who introduced HR6663, a bill that aimed to clarify what was legal and illegal under the UIGEA and as part of that bill Sessions wanted online poker deemed legal and regulated while all other forms of gambling would be deemed illegal. As well there has been support from high ranking Republicans like Joe Barton, Peter King and former Senator John Kyl to legalize online poker at the federal level, all introduced after the 2012 election. And lastly there are indications that Sheldon Adelson may be willing to give up on poker if it means casino gambling would still be illegal.

One Republican contact told me that while he never heard anything concrete from Adelson, he is confident that Adelson doesn't care about online poker anymore because it's not a threat to his land-based casino business. "Poker rooms which were so prominent a decade ago are virtually non existent in Las Vegas anymore and make up less than 1% of casino revenue. What was once a huge craze has died down after Black Friday and most casinos in Las Vegas have removed poker rooms in favor of expanded slot machines which bring in the real money to casinos. Also, the indifference to online poker since it was legalized in both Nevada and New Jersey has surely convinced Sheldon that there is really nothing to be gained by spending an infinite amount of money to keep online poker illegal. But Sheldon and others in the GOP still want casino games such as slots, blackjack and craps kept illegal because that is what will really cut into their casino revenues."

The question is, if the GOP are truly no longer interested in poker will that be enough for Trump to get completely on their side on the issue? The answer is probably not. Not only has Trump made it clear that he supports gambling, given his love for "winning" and also for the numerous land based casinos he developed, but he has stated in the past that he believes the GOP is wrong for not supporting online gambling. In a 2011 interview with Forbes Magazine, Trump told the magazine that online gambling was inevitable and in the country's best interests:

"This (online gambling) has to happen because many other countries are doing it and like usual the U.S. is just missing out."

This statement was made prior to the last election when Trump just switched his allegiance to the Republican Party and after he was informed that keeping online gambling illegal was a part of the party platform. Agreeing to legalized online poker is a good start, but Trump supports online gambling, not only for personal conviction, but also because he stands to make a lot of money from it. In 2012 Trump had a joint online gaming venture in place with New York hedge fund manager Marc Lasry and without question he still has something in play, if not through his name or his corporation, then with someone close to him. But Trump has to realize that the real money will not come from online poker, but rather from online casino games like slots, blackjack, roulette, etc.

This indeed could lead to an impasse if Trump is elected president.

"Trump will not give in to party politics if he truly believes the party is wrong."

While Trump's stance is fairly clear, the policy of his party including his running mate, who he threw under the bus in Sunday's debate, is even more clear and that includes a federal ban on all online gambling games that aren't poker. But Trump does have one ally in his corner in the GOP party on the issue of online gambling and that's New Jersey governor Chris Christie who he is in indebted to for being one of the first people to throw his support behind Trump. Christie fought hard to have sports betting legalized in the state after New Jersey residents voted by a 3-2 margin to make it legal, hoping it would help Atlantic City casinos and New Jersey race tracks. He also signed the bill that legalized online gambling in New Jersey once legislators in his state agreed to make some concessions to their first bill which Christie originally vetoed.

And then of course there's Sheldon Adelson.

While no fan of Trump, Adelson has contributed heavily to his campaign and has always been one of the biggest donors to the Republican Party and he will surely do everything in his power to convince Trump to go against his beliefs and possible personal gain and sign a bill that reverses the DoJ opinion and makes all forms of online casino gambling illegal in the United States. But Trump obviously doesn't care about Adelson's money the way that other Republicans do and the two sponsors of Adelson's bill RAWA (Restoration of America's Wire Act) are Jason Chaffetz and Lindsay Graham, both who said they do not support Donald Trump and will not vote for him after the infamous video came out showing Trump and Billy Bush talking about Trump's exploits with women. So losing their support on the Hill, if Trump won't sign RAWA, is irrelevant to him. As well, the states will almost certainly take the fight to force them to abandon their plans or actual implementation of online gambling to the Supreme Court and there's no guarantee that Trump will cede to party wishes and appoint a Supreme Court justice that opposes online gambling. Trump indicated that he will appoint someone that is pro-life, but he may want someone more moderate that agrees with some GOP positions, but not all of them.

So the country is truly in an interesting position. Trump is certainly not establishment and will not give in to party politics if he truly believes the party is wrong. He has shown that. More than likely online poker will become legal at the federal level regardless of who is elected, but there will be a lot of infighting over the issue of other forms of online gambling and possibly sports betting. In November we will know for sure . . . should Trump win the presidency.