A State by State Breakdown of Sports Betting in the U.S.

As the world waits for the Supreme Court to rule on PASPA, a look at where each U.S. state stands on sports betting and their readiness should the law be overturned. 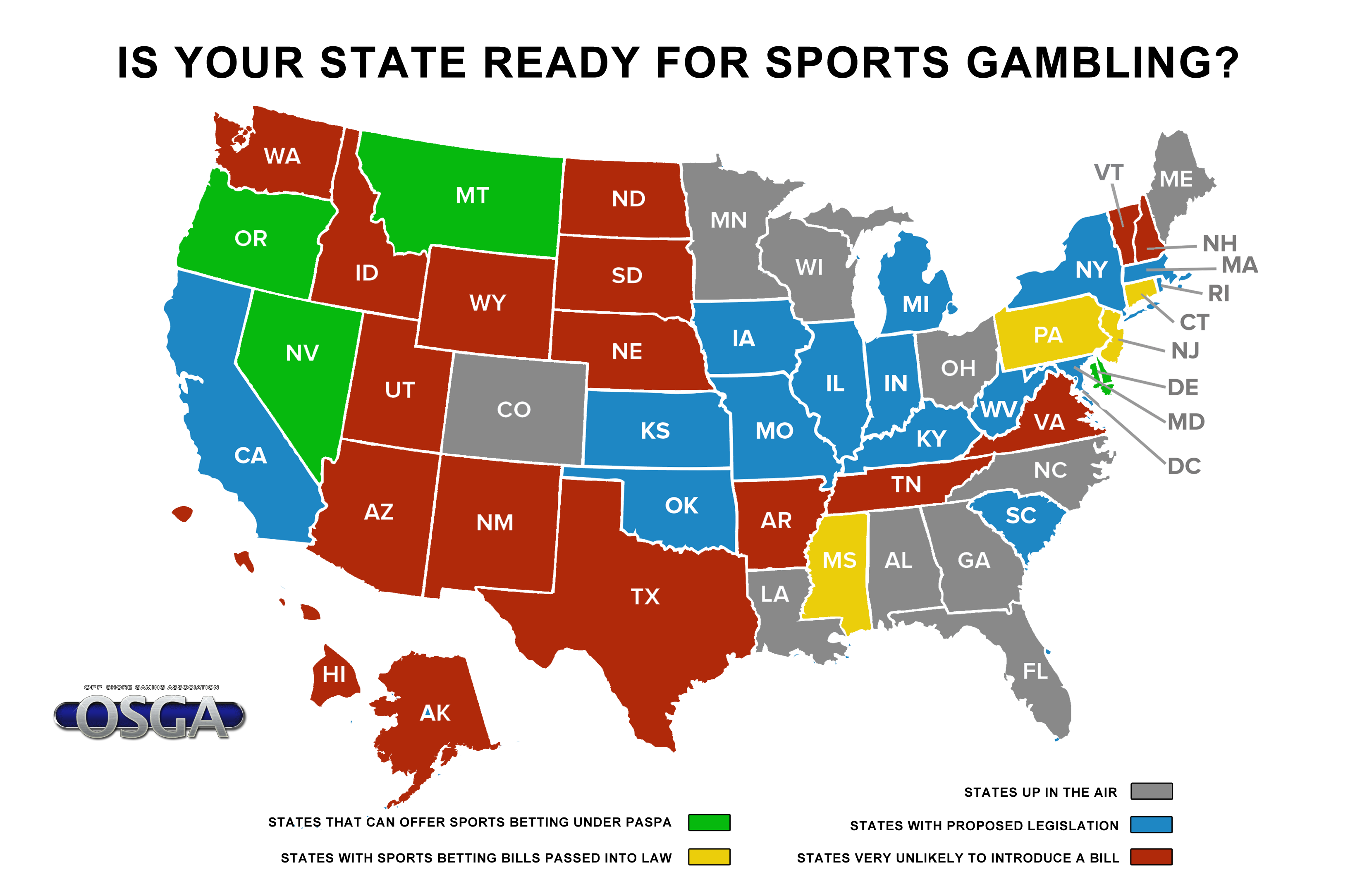 The Supreme Court of the United States will rule on New Jersey's appeal to PASPA, the 1992 federal law that criminalizes sports betting in all but four states, sometime around June. There is a question whether the court will demand a full repeal of PASPA or something less, but many states are expecting a positive ruling and are planning new rules. The following is a breakdown of all states and where they stand.

STATES THAT CAN OFFER SPORTS BETTING UNDER PASPA: 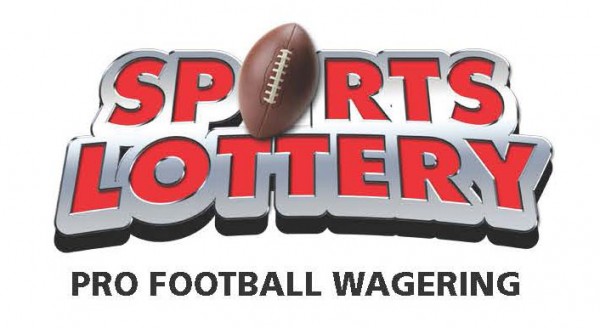 The state has been offering wagering on sports for decades on both professional and college games and was grandfathered in under PASPA allowing them to continue.

Oregon was grandfathered in under PASPA because of a sports lottery they ran in the 1970s. The state has not attempted to offer sports betting since, but there is a possibility they may revisit that decision.

Details: The bill doesn't go into great details, although it asks for sports betting to be offered at the existing horse racing facilities. Tax and licensing information will be decided when PASPA is no longer a concern.

Details: The bill originally aimed at allowing fantasy sports contests amends a section of the Mississippi penal code that disallows betting on sports. Many in the state who voted for the bill indicated they did not realize by agreeing to this bill they were technically voting to legalize sports betting as well as daily fantasy sports. The bill implements a tax and fee to DFS operators, but no details yet on any sports betting tax. The Governor indicated he would not allow betting on amateur games.

Details: The bill allows casinos and racetracks in the state to offer wagering on professional and amateur sports. No additional fee is required to offer sports betting and the tax is 8% of sports betting revenue which are designated for senior's programs and disabled residents. Casinos and racetracks agree to use another 1.25% of revenue on community and economic development projects across the state.

Details: The bill amends Title 3 (Agriculture) and Title 4 (Amusements) of the Pennsylvania Consolidated Statutes which will allow massive changes to various gambling rules in the state and allow for online gambling, daily fantasy sports and sports betting. The bill allows anyone that offers gambling, including casinos and racetracks (all which have casinos), to offer sports betting on professional and amateur sports at a fee. The cost of a license is a one-time $10 million fee and the tax payable on sports wagering revenue is 36%.

Details: Amends Section 19 Article IV of the penal code to allow the legislature to permit sports wagering only if a change in federal law occurs to authorize sports wagering in the state of California. No details on where sports betting would be authorized or what the rate of tax would be is in the bill, however Gray indicated the state could see up to $200 million per year in tax revenue for the state's general fund with a good portion of that earmarked for schools and education.

Details: Amends a section of Illinois' criminal code from 2012 that prohibits sports betting by changing the wording to allow for it, but also mandating various consumer protections. The bets would apparently take place at existing casinos and racetracks although no formal decision has been made on where the betting would take place nor a decision on a licensing fee or tax rate. 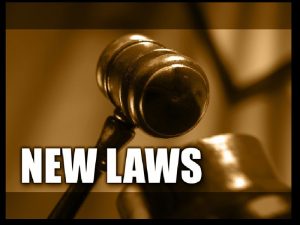 Details: Authorizes sports wagering at riverboat casinos, racetrack casinos, and satellite facilities if the federal government removes the restriction prohibiting betting on sports at the state level. A fee will be charged for licensees although the amount hasn't been decided. Sports bets will be taxed at 9.25% of all revenue and a 0.25% excise fee will be paid to the federal government. As well a 1% integrity fee will be paid to the sports leagues and the leagues will have the right to limit wagering on events or bet types they don't agree with. As such, betting on collegiate sports is allowed, but the NCAA has the right to limit or prevent betting with a written request to Indiana Gaming Commission.

Details: The bill calls for an amendment to the criminal code – Code 2018 Section 99F.1 - to allow for sports betting if SCOTUS rules for New Jersey. Bets would be placed at casinos and online. The details of any license fees and tax is confusing although the bill seems to indicate a moderate tax on "adjusted gross receipts", (meaning revenue after bettors are paid their share) that is less than $25,820,000. After that threshold the tax becomes considerable. The sports leagues said they opposed the bill because there is no mention of a 1% integrity fee on total revenue for the leagues, but Rep. Ken Rizer said that their fee would kill the incentive to bet in the state.

Details: There's no real details on the bill other than the fact that it amends a section of the criminal code to allow for sports betting if SCOTUS rules for New Jersey, sports betting will take place at the racetracks in Kansas. Strangely none of the three racetracks in Kansas are operational. This bill, therefore, seems to be a compendium bill to HB 2545 which aims to resurrect the horse racing industry in the state – most notably The Woodlands located in Kansas City, Kansas. No discussion of tax has been made.

Details: Aims to add a section to the Kentucky Revised Statutes (KRS) to require the Kentucky Horse Racing Commission to authorize sports betting at Kentucky's racetracks. A licensee would pay $250,000 and the tax would be 20% on the total amount wagered on the sporting events. The Racing Commission would set the rules although requirements are that those participating in the event can not wager on the event and severe penalties are established for anyone found tampering with the outcome of the event.

Details: Looks to regulate online gambling, daily fantasy sports and sports betting if the Supreme Court strikes down PASPA. The bill would create a tax and likely a licensing fee, but no specific details have been discussed. The bill merely asks the House and Senate to consider the idea and come up with more specifics.

Details: The bill looks to amend the Michigan gaming control and revenue act to allow for sports betting. HB 4060 asks to put the sports betting question to a referendum in the next general election and if the majority of voters agree then the act would be amended within 10 days of the election. HB 4261 looks to allow for parlay betting on sporting events at casinos. HB 4926 looks to allow for internet gambling. It appears that anyone can apply for an internet license although priority will be given to existing casinos. The application fee for a license is $100,000 and the actual fee if a license is granted is $200,000 in the first year and $100,000 after. The tax on gross revenue from sports betting on the internet is 15%. Each year $5 million of taxes and fees will be used for a first responder disability fund, $2 million will be geared to the grape and wine industry and the gaming board will take their costs for regulating and enforcing internet sports wagering from the revenue. Undoubtedly anything left over will go to general revenues.

Details: The bill looks to amend the Missouri Regulated Statutes to add a section permitting sports betting. The bill allows the state lottery to utilize sporting events in lottery games and allows any excursion gambling boats and daily fantasy sports operators to offer sports wagering. Whether DraftKings or FanDuel would be interested in becoming bookies is unknown. There is no mention of any licensing fees or tax although that would likely be added if the bill passes.

Details: Amends Section 9 Article 1 of the state constitution to allow for wagering on professional and amateur sporting events. The betting would be permitted at casinos, racetracks, off track betting parlors and in simulcast theatres. The funds raised would be used for education. No details were discussed regarding licensing fees or taxes.

Details: The bill would expand the Tribal compact with the state to include sports pools. There is also some discussion about allowing sports betting at the racetracks. No discussion on licensing fees or taxes have been discussed although if it's merely an extension of the Tribal contract then discussions will have to be made with the Tribes separately on a fair (if any) tax rate.

Details: The bill proposes to allow for sports betting at the Twin Rivers Casino in Lincoln and the Tiverton Casino Hotel, which is scheduled to open this year near Newport. The bill claims that the voters already agreed to expanded gambling via referenda in 2012 and 2016 and that this would help the facilities. There is no mention of any licensing fees or taxes although there is a stipulation that betting on any Rhode Island teams, whether playing in state or out of state, would be prohibited. 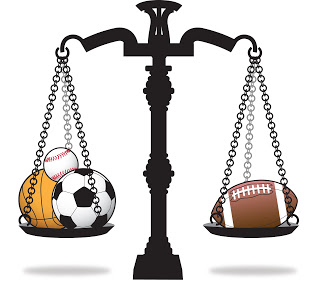 Details: Amends the state constitution of 1895 to allow for sports betting by a section allowing the General Assembly to authorize gambling including sports betting and striking a section that makes it unlawful for a person of honor, trust or profit from engaging in gambling activities. There is no mention of where the activities will take place, what licensing fees will be charged or what the tax rate is but that presumably would be discussed if the bill passes. It is notable that the bill only mentions professional sports betting so likely betting on amateur games would be prohibited.

Details. HB 2751 and S106 looks to amend the state constitution to allow for sports wagering by permitting betting on sporting pools. Licenses would be given to existing gambling facilities and the tax would be 2% on each wager paid to the "Sports Betting Special Revenue Fund." How the funds will be allocated is unknown. No betting is allowed on amateur sports in these bills. HB 4396 and S415 look to provide licenses to the four state racetracks and "the historic resort hotel" to accept wagers at the facilities and online under the oversight of the West Virginia Lottery Commission. While there is no mention of what hotel that is, it is likely the Mardi Gras Hotel and Casino in Cross Lanes, WV since that's the only hotel with an existing casino. The bill allows wagering on both professional and collegiate sports and requires a $250,000 initial license fee and $100,000 for a 5-year license after the first year and the tax payable would be 10% on adjusted gross sports betting revenue, which is the revenue after bettors are paid their winnings.

STATES UP IN THE AIR: