Tips on how to bet NHL hockey

With more states offering sports betting each month, there has never been a better time to bet on sports and particularly hockey. Whether it's people who were sitting on the sidelines awaiting legal state sanctioned sports to start betting (as surveys in the past indicated was often the case), or whether it's offshore bettors who are suddenly seeing better lines and lower vig at their favorite sites as their books try to maintain an advantage over legal U.S. sportsbooks, the bettor has the upper hand. And with the NHL now returning to normal with no more bubbles or inter division play only, hockey bettors should be salivating since hockey tends to have the softest lines and more betting opportunities than any other sport. As a rule, line makers are very sharp when it comes to setting lines for football or basketball, but are somewhat less in tune with NHL hockey. This is likely the case because hockey doesn't have as much volume as those sports, plus there are many game time variables that line makers are slower to adapt to than the bettors. With that in mind here are some time tested strategies for betting on hockey.

Take advantage of local media. In better words, keep tuned in to the radio, social media or better yet people you may know at the arena or front office who have inside information of possible game time situations that could affect the games. Sportsbooks always set game lines the night before, but many times there is an unknown injury, family situation requiring a player to sit out, pending discipline on key players by a coach or simply line changes that you know will affect the total score for the game that is released in the wee hours or early morning. And this information is almost always released on local media before it gets to the sportsbooks. The best part of having this information is that eventually sportsbooks will move the lines and if the change is significant enough, it could create a hedge situation where the bettor is guaranteed a win regardless of which team comes out on top.

Bet the losing team on game 1 and the Over in the 2nd game of back-to-back series. This strategy has proven quite successful over the years and is due to two reasons. First, teams who lose the first game are more motivated in the second game, so unless there is a huge talent gap, the team who loses Game 1 is more determined in Game 2 to get revenge. Second, unless it’s a crucial game, the winning team the night before will often play their 2nd string goalie who, for obvious reasons, is less likely to play as well as the starter. For that same reason, there seems to be more goals in 2nd games, as at least one team will rest their starting goalie which results in more goals. Stats from about three years ago showed that almost 65% of second games in back-to-back series went over the total. You can discount stats from the two pandemic years since teams seemed to play each other back-to-back regularly, so the strategy didn't apply then.

Ride hot streaks. There is an old saying in NFL betting that no team is as good or as bad as they looked the prior week. That does not apply to hockey, baseball, or basketball. With a much longer schedule, teams tend to build confidence and in hockey it’s not unusual to see a team with a 10-game win streak or even worse a 10-game losing streak. When coaches find the right line combinations, it seems to work for quite some time unless there is an injury and when teams are losing coaches get desperate and start playing around with the lines leading to longer losing streaks. Either way, when one team is on a roll or another is struggling, always wise to ride the streak.

Bet the puck line on home team favorites. It is not unusual to see a line like Home Team -275 on the money line and -1.5 -115 on the puck line. It's hard to make money in the long run betting odds of less than 1/3, but if a team is worthy of that line, there is a good chance they will win by 2 goals or more. The tendency by coaches these days is for trailing teams to pull the goalie with as much as three minutes left, unlike in the past when coaches always waited until the last minute, and in that extra minute or two it’s very common to see a team score in the empty net to cover the puck line. I recommend only doing this with home team favorites, however, since visiting coaches are quicker to pull the trigger on the goalie, and home teams play less defensively with the empty net compared to road teams, who generally just dump the puck out and aren't looking for the knockout goal.

In very close matches bet the road team. Of all sports, being home in hockey provides the least amount of value. In fact, in the year prior to the pandemic, along with the games played in 2019-2020 before the season halted, 2/3 of the teams had a better than .500 record on the road. Despite that, linemakers always overvalue home advantage, likely because it is so important in football and basketball, which they are more used to booking, so an extra 30 cents for home ice advantage presents a great betting opportunity on the road team. Some analysts say even 5 cents in hockey is too much for home ice advantage!

Bet the home team when a road team is near the end of a long road trip. Like any sport, or for that matter even when on a personal vacation, being on the road for a long period of time can be exhausting. And teams play like it. Coaches are usually resting key players, including goalies, in that situation, injuries pile up and the value clearly lies with the home team in this scenario. Naturally, there will be some teams who buck the trend, but stats show that teams usually struggle at the end of a long road trip, especially if they are playing games almost every night.

Defensive injuries lead to goals. So bet the over. While people watch games to see goals, there is no question that good defense wins games. Thus, if a team is depleted defensively, it usually results in sloppy play, bad passes, and goals. Moreover, the team that is struggling on defense will feel they need to make up for the difference and hence will play far more aggressively on offense resulting in even more goals. In the past when I have bet on teams that see their star defensive player injured (and I am not referring to an offensive defenseman like Morgan Reilly or John Carlson), and bet on the over in that game, I have won far more games that I lost. 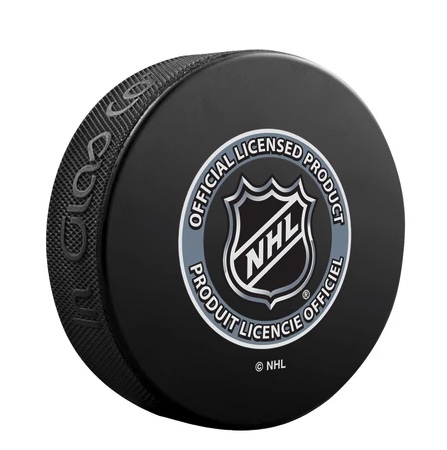 Hedge and scalp hockey lines between state books and offshore. Hockey, more than any other sport, tends to see huge line movements and it’s not unusual to see a line move 50 cents in a day. Add to that the fact that some sportsbooks will have a different clientele than others and there is a huge opportunity for scalps, especially if one plays both at licensed and regulated U.S. sportsbooks and offshore sportsbooks. For example, a sportsbook in New Jersey will often get far more action on teams from New Jersey, Pennsylvania, or New York, whereas offshore books often get most action from markets like California and Texas where sports betting isn't regulated and where more customers live. So, in games like New Jersey vs. Los Angeles there can be a massive opportunity to bet on New Jersey offshore and Los Angeles at the home book and guarantee a healthy profit by simply taking both sides of the line.

Bet live during games. More than any other sport hockey is about momentum and there isn't much you can do between periods to change that momentum, unlike football or basketball where coaches often change strategies at halftime. For that reason, about 5 minutes into the game it will become fairly clear how a game is going to be played, who the favorites should be, and whether a game will be high scoring or low scoring. Despite this, sportsbooks change their in-play odds based on algorithms and adjusting the lines only for the amount of time played, rather than the type or style of play. Consequently, in-play betting often offers far more value to bettors than wagering before the game.

Bet the Grand Salami on nights with few games. The Grand Salami is simply the over/under number of goals to be scored on a given night for all games played. On nights with a heavy schedule predicting the total goals scored is difficult, but on nights with few games it's far easier, particularly if there is a game that you know will be incredibly low scoring or high scoring. For example, a game between Toronto and Winnipeg will often produce 8 goals or more. The line would likely be set at 6.5 goals, so the over is already 1.5 goals higher than the set Grand Salami. In a 12-game night that may not mean much, but if there are only three or 4 games that night, that discrepancy is usually enough to be confident that the Grand Salami score will go over the total. Similarly, if there is a game that meets other criteria where you know there will only be 2 or 3 goals scored, betting the under is a safe bet since games with double digit total goals is very rare.