Western Union has been the focus of a crack down this year and local Western Union outlets are under constant audits looking for online gambling payments, so consumers must be aware . . .

We have heard from several players during the first few weeks of football season regarding problems with sending money to online sportsbooks using Western Union. The problems mainly revolve around money being sent to a correct name and location with the correct MCTN but the funds are blocked and in some cases have been held by Western Union.

One member who is a long time player online called in frantically with a problem that had never happened to him in 10+ years of playing offshore. His Western Union deposit had been blocked and the name he was given was being investigated for fraud. This player was able to have his funds immediately returned. However, another long time player had the same issue and his funds were held ‘pending Western Union’ investigation. One player was even being told that he had to fill out three different forms to even apply to get his money refunded after Western Union deemed the name he was sending to had been “involved with fraudulent transactions”, which I am pretty sure is the standard code words that the home office has instructed field reps to use when a name is identified as receiving money for an offshore gambling house. In addition, it feels like Western Union is going a bit above and beyond what they are required to do while erring on the side of caution, thus pretty much blocking anything that has a hint of gambling and blacklisting the corresponding parties.

We are not a lawyers and there is no specific reference to confiscated funds on the Western Union website, but from what we have been able to find out, Western Union cannot legally keep players’ money. From what we understand they certainly don’t work too hard to refund it, but at some point they have to. In searching the OSGA database, every person who has had funds held by Western Union has eventually been paid back by the company.

As the industry’s leading online gambling watchdog group, we occasionally get these types of issues here and do our best to offer advice. But the fact that we had the exact same complaint from nearly a dozen players prompted us to dig a little deeper with the sources that we have offshore. 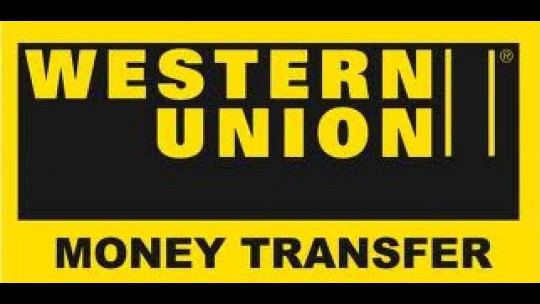 This is not too shocking, as part of the terms and condition on the Western Union website include ” . . . your use of Services does not violate any law, including, without limit, laws relating to money laundering, illegal gambling activities, support for terrorist activities or fraud”. And of course, in the U.S. the sending of money by a financial institution, such as Western Union, is in violation of the 2006 UIGEA law.

The bad news is that in the first few weeks of football is when the processors and the systems that are in place get especially stressed. We have heard that some of the sportsbooks that rely heavily on Western Union have lost up from 50 to 60% of their capacity and their processors are under constant audits. But as the season winds along, it should get easier for players to send money and harder for auditors identify receivers simply due to volume.

So what does this mean for the consumer that chooses to play and send money offshore?

It does not mean that players need to abandon Western Union. But it does mean that players should only send money in their name, should send the money as quickly as possible once the recipient name is received and should keep transactions in lower dollar amounts (less than $700). If players still choose to send money person-to-person, as an alternative, they can use MoneyGram. Several of the outlets that have run into multiple problems with Western Union are urging players to do just that. Again the problem here is unfortunately the options to US customers “aren’t very broad”, as we were told.

If more information becomes available, we will update this story. Anyone who has been affected by this Western Union crackdown is urged to comment on this story below.