From the Rumor Mill: MGM prepared to step up to buy Entain 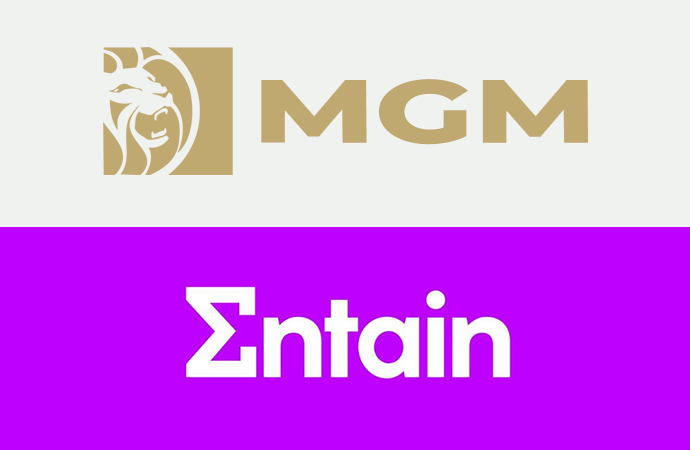 According to a rumor, BetMGM is looking to expand their foothold in the US online gambling market and MGM is ripe to end a a five year-old agreement with Entain by purchasing the company.

Will MGM gobble up EU giant Entain to expand their online gambling presence?

One of the largest British bookmaking sites is Entain. The name may not be familiar with many American bettors, but they likely recognize several of the companies that Entain owns, including Ladbrokes Coral, Bwin, Party Poker and Sportingbet. The company is also a 50-50 partner with MGM for the BetMGM module. That deal was completed in 2018 with each company contributing $100 million and the agreement that Entain would provide all the lines and digital gambling options for MGM, who itself would concentrate on its physical casinos.

Looking to get a foothold in the U.S. market after SCOTUS struck down PASPA in 2017, Entain (previously GVC Holdings), set up the partnership which was expected to be a good deal for both companies, as MGM felt that the U.S. online betting market would take a while to take off. They were wrong.

The North American sports betting market has exploded with 22 states currently offering mobile betting and four states expected to begin online betting soon. In fact, it is believed that by 2024 over 30 states in the U.S., as well as Ontario, will have licensed and regulated online sportsbooks. And in markets that approved online casino wagering, BetMGM is usually at or near the top.

States with regulated online casino wagering include New Jersey, Pennsylvania, Michigan and Nevada and in Canada, Ontario has legalized all forms of gambling. It also believed that within the next year Indiana, New York and Ohio will start offering online casino gambling too, along with sports betting, and if states can work out deal with the Tribes that number could explode even more. Entain’s main UK competitors, Flutter Entertainment and William Hill have already entered the U.S. market via William Hill’s partnership with Caesars Entertainment and Flutter’s partnership with Golden Nugget in New Jersey, as well as through their ownership of TVG horse racing network. BetMGM revenues have exceeded expectations and in 2021 BetMGM had almost a $850 million dollars in net revenue. For 2022 that figure is expected to nearly double. BetMGM is still not profitable, but MGM said it expects to see profits in 2023.

MGM ready to make a move

According to a source with strong connections to MGM, the company realized the partnership mistake almost immediately and near the start of the pandemic felt the best option to get full control of BetMGM was to purchase Entain. While it’s not certain what MGM wants with the non-North American portion of the company, there are many at MGM who believe that online gambling will grow exponentially in Europe, Asia, Australia and South America in the near future and in those countries the brand name Ladbrokes, Bwin and SportingBet are more recognized than BetMGM, plus staff in those countries will have more local knowledge of how to attract new bettors. More importantly staff in those countries would know the political landscape there. So, MGM is hoping that by buying Entain it could have a larger international online presence and at the same time cut out the competition.

Consequently, MGM tried to buy Entain in January 2021 offering a little over $11 billion to purchase the company. Entain rejected it immediately saying the offer wasn’t adequate. Several months later DraftKings doubled that offer to $22 billion USD, which was clearly more than Entain was worth, so much so that Entain’s stock price rose sharply while DraftKings stock plummeted. The partnership agreement between MGM and Entain, however, allows MGM to veto any partnership deals between Entain and another North American company and according to all reports MGM CEO Bill Hornbuckle threatened to use that veto if Entain took the DraftKings offer, so Entain turned it down using the excuse that it still wasn’t enough.

Since that offer was made, MGM apparently realizes that the threats of takeover by other entities will continue. So, according to my source, MGM now is prepared to step up to the plate and “do whatever it takes” to acquire Entain or, at the very least, buy out the North American operations of Entain. It won’t come cheaply, however, since in a 2021 shareholder’s meeting Entain said that BetMGM has generated five times the revenue it was expecting when it made the deal.

MGM feels that it now has the skills, technology and personnel to run BetMGM on its own and doesn’t need the resources provided by Entain. And Hornbuckle has insinuated that it’s not in the company’s philosophy to rely on others for help. So, while the source didn’t know how much MGM would offer, he felt it would be similar to DraftKings’ offer and with the British Pound’s decline in the last year, that may be too much for Entain shareholders to turn down. The dollar is currently worth approximately 85 cents against the Pound Sterling, compared to 70 cents when MGM made the original offer. Thus, an offer of $22 billion is worth far more in the UK local currency today than it was a year ago.

If Entain still does not want to take the offer, then MGM is prepared to pay handsomely for the North American rights for all of BetMGM. The figure was not known at this time, although the source laughed and said “it will be a hell of a lot more than the $100 million they paid in 2018.” Numbers that have been thrown around are upwards of $2 billion. If Entain agrees to it, then MGM will effectively do the exact same thing that Caesars did with William Hill. Acquire all the North American assets of Entain, while either continuing to run the non-North American portion of Entain on its own or selling it off to another company, as Caesars did when they sold the non-North American assets of William Hill to 888.

If MGM is only interested in North America, would DraftKings still be interested in the non-North American part of Entain? Probably, but not at the valuation they offered previously. There is no doubt that DraftKings’ offer was to help lower the competition in the United States and this deal wouldn’t help that. Then again, DraftKings would love to make an impact in the rest of the world to compete with Flutter and a purchase of Entain and sell-off of EU assets by MGM may be the golden opportunity.