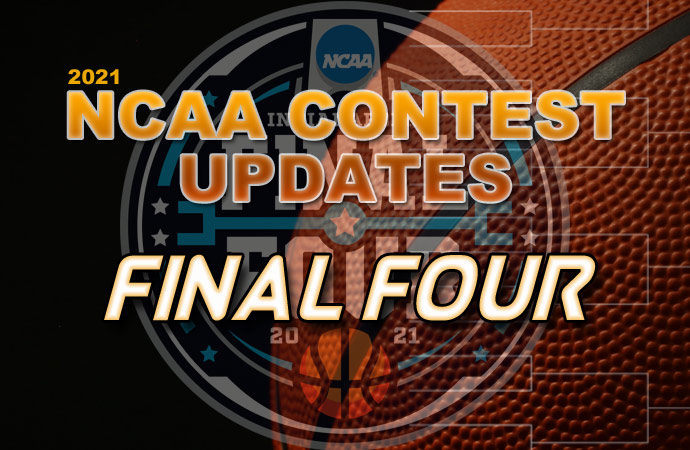 With two legitimate longshots still alive in the NCAA Basketball Tournament, the OSGA Bracket Challenge is still up for grabs.

Though many aspects of this year’s NCAA Men’s Basketball Tournament have been different with the one day of play-in games and the altered days of the week, March Madness has still provided fans and bettors with the excitement of college basketball’s biggest event, excitement that was missing in 2020 due to COVID-19.

This year we launched our 19th annual OSGA NCAA Bracket Challenge with two things in mind. We wanted to give players a chance at winning cash for free and we hoped players would enjoy the tourney contest to find some fun after months of lockdowns, fear and vaccinations.

It all comes to a head this Monday with the NCAA Men’s Basketball Championship game. Will it be one of the two best teams in college basketball, either Gonazaga or Baylor? Or, will it be the surprising Houston Cougars or the first ever “First Four” team to make it to the last rounds of the tourney in UCLA? One thing is for sure, the OSGA NCAA Bracket Challenge is far from decided.

Heading into Final Four weekend, the two players at the top of the leaderboard both have Illinois to win it all. ZDRoth and jmm83 have both made 40 correct picks and may have a shot if the top seeds falter on Saturday. But, right behind them are players who have either the Zags or Bears winning it all, a more likely scenario.

Longtime contest player Bimmercando may have the best shot to cash in on the $500 first prize, with three Final Four teams left and the two #1 seeds in the final on Monday. But he needs Gonazaga and could get edged out by either Robjd3 or PortlandGrunge who both have Baylor winning it all.

OSGA Members have their own standings this year and after 60 games it is hard to believe there is a tie at the top of the OSGAMembers leaderboard. Paul Kersey and Hoopster57 both have 60 points and have legitimate shots to win it all. Hoopster57 has the two top seeds and predicted Houston in the Final Four, but he’ll need Gonzaga to win it all. Should Baylor win, Paul Kersey is most likely to take the $250 OSGA member top prize.

No players saw UCLA getting to the final game and just two players have Houston winning it all. In fact, RudyDog has three of the final four teams with the Zags losing to the Houston in the Monday Championship game. He could jump all the way from 38th place to the winners circle and certainly will be rooting for the Cougars should they get to the Final. If that happens, it would be the biggest upset in the history of the OSGA NCAA Bracket Challenge.

Players should still head to the contest page and check the leaderboard. The first four places get paid cash and with just three games to go, most players still have a chance.