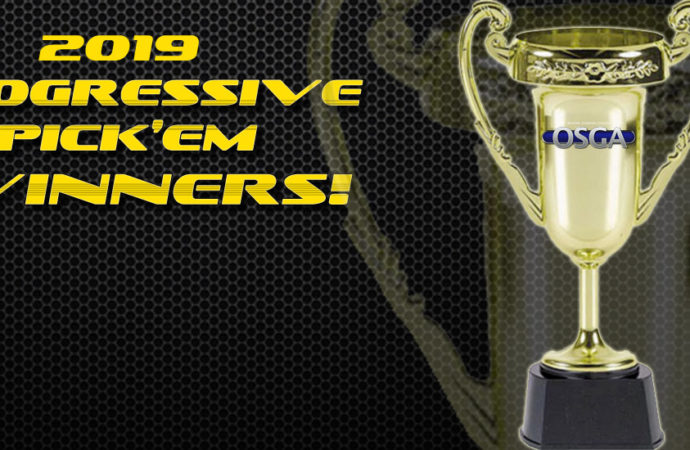 The 14th year for the OSGA NFL Progressive Pick ‘Em was one for the record books. The tweaks in the second year to our new software and outstanding picks from dozens of players made this one of our biggest and most fun years of running this contest.

The weekly contest prize that builds at $100 per week was hit twice and was hit in consecutive week’s for the first time. The tie-breaker was employed in nearly half of the weeks and one week saw eight players tie at the top of the leader board! In fact, to find the second place winner for the full season prize, we had to go to tie-breaker #3!

Congratulations to ‘dblack’ who picked 172 correct games, averaging more than 10 wins a week, for the entire season to win the 2019 OSGA Progressive Pick ‘Em! This is the first year a female contestant won the whole contest, and with 18700 points, kudos go out to her! She cashed for half of the final prize pool or $400. 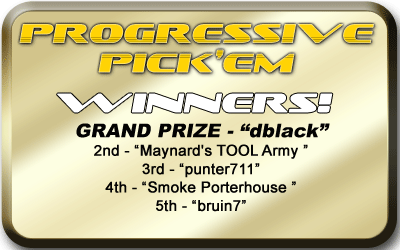 Fourth place paid the same $80 and ‘Smoke Porterhouse’ cashed that with 18400 points and 169 wins. The final winner is long time OSGA contest participant ‘bruin 7’, who has won other free contests, and she cashed for $40.

We would like to thank all the players in the 14th annual OSGA Progressive Pick ’em. Every week the leader board changed and we had 16 different winners throughout the 17 week contest. Players who are not members should look out for our annual NCAA Tournament contest and OSGA members should keep their eyes on osga.com for a Members’ Only Super Bowl contest.