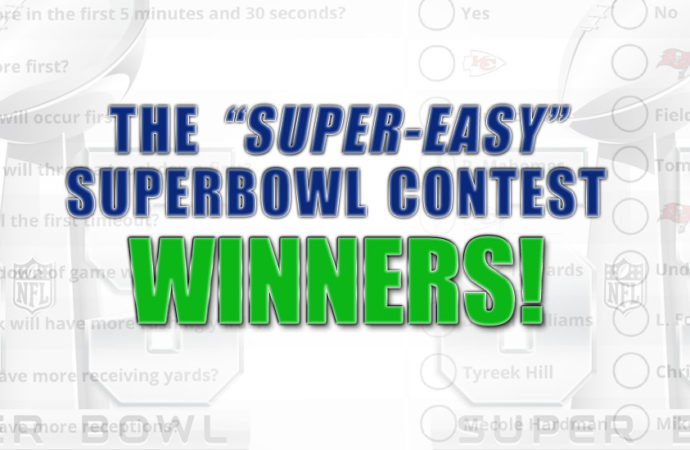 The OSGA Super Easy , Super Bowl contest was a big success for SBLV.

Super Bowl 55 is in the books and Tom Brady cashed for bettors and fans of the Tampa Bay Buccaneers and one lucky OSGA Member.

The 2021 OSGA Super Easy, Super Bowl contest was the most played contest for Members since we ran our popular MNF Members Squares in 2017. Similar to previous years, the contest consisted of 8 prop or game bets. But this year, there were four ways to win, with cash prizes for first place, correct score and added member benefits! The grand prize was $550 for anyone who got all 8 props right for SB55. Congratulations to everyone who played! 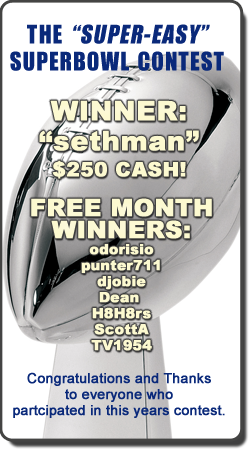 Unfortunately, no member was able to pick all 8 prop bets correctly. Thus, no one cashed for the full $550 for SB55. In fact no one got seven right either, but eight members did get 6 of their prop picks right, leading to a tie atop the leaderboard. So we had to go to the tie-breaker.

The tie-breaker was the finally score of SBLV. The low scoring affair, and the lack of any touchdowns by the Chiefs, led to every single player in the contest picking OVER the final total of 40. However, SethMan had the lowest pick at 44, so he cashes for the winning prize of $250. One of the extra prizes in the Super Easy, Super Bowl contest was a $100 cash prize for a correct final score for SBLV. It didn’t matter how many prop bets were picked correctly, $100 was headed to anyone guessing the final total. Sadly, 40 was not on anyone’s mind.

In the third prize offering, any player who picked 6 props right is entitled to an extra free month of OSGA membership. The good news is that for eight members, they get an extended membership. Members odorisio, punter711, djobie, Dean, H8H8rs, ScottA and TV1954 should see the extra month of members reflecting in their profile.

Again, thank you to every member who participated and congratulations again to SethMan and all of the winners. Members should stay tuned for our annual March Madness contest, where members will be eligible for 2X prizes!