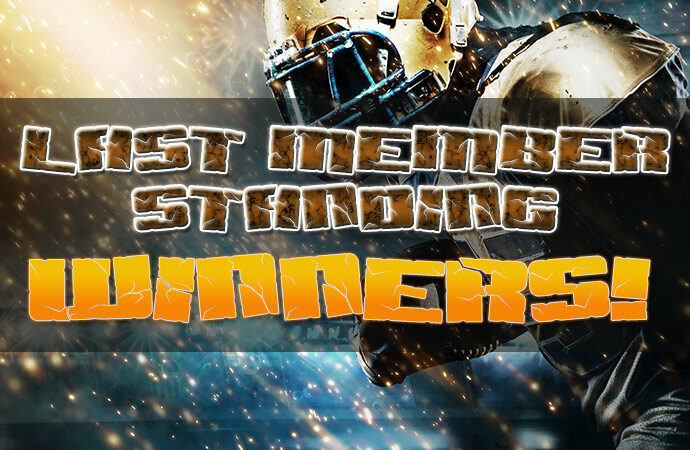 GofforBust cashes in Week 9 to become the Last Member Standing.

For OSGA Members one of the top benefits of membership are exclusive free contests. This year, we offered a members-only survivor contest for the NFL season for just the second time. We are happy to announce that ‘GofforBust‘ outlasted every other participating member to grab the title of Last Member Standing. 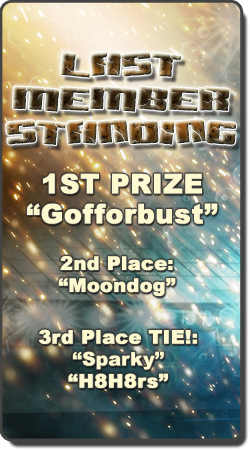 Congratulations go out to’gofforbust’, who collects a whopping $500 Grand Prize for picking winners in nine straight weeks. The contest came down to two players in Week 9 after two players were taken out by the Cincinnati Bengals surprising upset at the hands of the New York Jets in Week 8. Unfortunately for ‘MoonDog‘, his Week 9 pick of the Dallas Cowboys lost when America’s Team got crushed by the Denver Broncos. ‘GofforBust’ had to wait until the final gun of the MNF game to see his pick of the Steelers, win over the Bears, sealing his win and title of Last Member Standing.

The 2021 OSGA Last Member Standing contest is not just a survivor contest, but one that comes with a progressive prize pool, rewarding players who can continue to pick winners further into the NFL season. Also, as a bit of a change from other Last Man Standing contests, the Last Member standing contest pays players who bust out close to winner. In fact, the final four players all get paid. Long-time members and contest participants, ‘H8H8rs‘ and ‘Sparky‘ lost with the aforementioned Bengals pick and will split the 3rd and fourth place prizes and take home $75 in cash each! Runner-up ‘Moondog’ wins a cool $200 and the week 9 progressive amount of $500 goes to ‘GofforBust’.

“In so many NFL Survivor Contests, only the top player gets rewarded. We wanted to do something for the guys who pick great teams, but don’t finish at the top of the mountain,” said OSGA top man Jim Quinn. “We love running contest for just our members and hope that others will get on board the OSGA Member gravy train in time for the College Football Bowl games.”

The Last Member Standing Contest is one of several contests that get run by OSGA just for members. In addition, many contests at OSGA.com also pay members extra prizes in free-to-play contests. Get onboard with OSGA and become a member in time for the next great members-only contest.