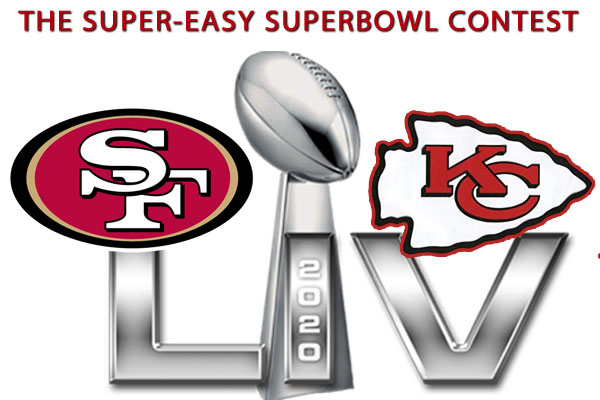 We are happy to announce the winner of the 2020 OSGA Members Only Super Easy, Super Bowl Contest. VIP Member ‘BobbyD’ managed to somehow pick 7 correct props, missing just one, in Super Bowl LIV.

Several members had six correct prop bet selections out of the 8 that were available for the Big Game. Most players were able to nail, “Which QB has the Longest Pass Completion?” and the fact that neither team successfully converted a 2-point conversion. But, to make the contest a bit more difficult, there were several questions with more than just two answers. And one of them sank most players’ quest for a perfect Super Bowl prop card.

Only a handful of members were able to correctly identify, “Which Player has the Most Tackles (Solo+Assisted)?” Less than 25% of the players participating had Chiefs’ safety Tyrann Mathieu, who led all of the possible player selections with 4 solo and two assisted tackles for a total of six. The most popular answer was Nick Bosa, who had 3 solo tackles, including a sack, but finished with 5 overall. Surpsingly, only 10% of players picked Niners’ secondary star Richard Sherman, who finished with 5 total tackles and the Chiefs’ Anthony Hitchens finished with the lowest total with four tackles.

For the first time over the course of many OSGA contests, no tie-breakers were needed. “LennyisKing”, “BillChris”, “Flyguy”, “H8H8rs” and “tomoc” all got 6 prop bets correct, but the Super Easy, Super Bowl contest is a winner take all event and seven correct took the prize. However, had their been multiple players who got all 8 of the prop bets correct, all of them would have received a $50 consolation prize. In addition, any member getting all eight props correct would also have gotten an extra month added onto their existing membership.

We thank all of the members who participated and look forward to presenting the 19th annual OSGA NCAA Basketball Challenge in March! Become an OSGA Member to get exclusive contests and extra prizes.