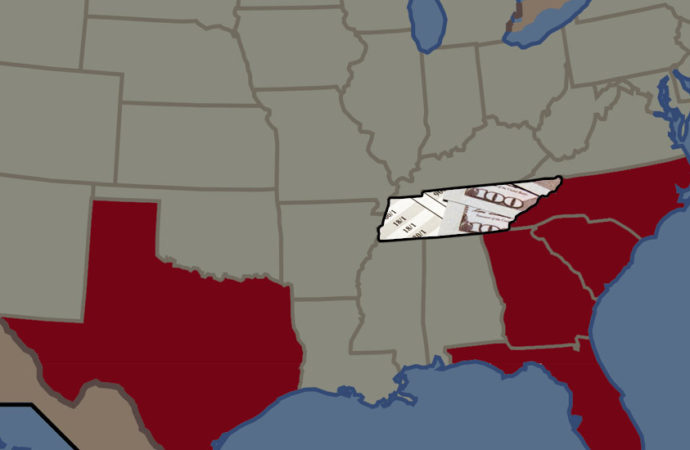 Several U.S. states are rumored to be eyeing a new sports betting law being proposed in Tennessee that guarantees the state a 10% return on bets.

It recently came out that the state of Tennessee is planning on passing sports betting legislation that would mandate a minimum hold on sports bets of 10%. If passed, that would mean the line on straight bets would be 50 cents or -125 on either side of a pick ’em game. To those unfamiliar with betting odds, consider the following example:

The last Super Bowl, between San Francisco and Kansas City, was a pick ’em at most Las Vegas sportsbooks. Let’s assume that there was $1 million bet on the game with $500,000 bet on each team at a particular sports book and they had the traditional line of -110 on either side. When Kansas City won, the sportsbook would have kept the $500,000 lost on San Francisco and paid $450,000 to Kansas City bettors equal to the $500,000 minus the 10% vigorish. The 50K total hold on that bet therefore is $50,000/$1,000,000 * 100 or 5%. While a 5% hold is considered the standard, to many bettors even that is considered a high hold and consequently you can find books like Pinnacle Sports, Betfair, 5Dimes and other reduced juice shops which have even lower holds. 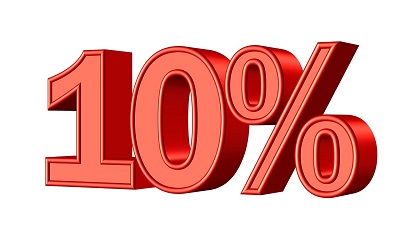 Without going into more mathematical details, a bettor must be right 52.4% of the time to break even with a traditional 5% line, but would have to be right 55.6% of the time to break even under a 10% hold. And the best sports bettors will tell you that they aim for a 55% winning record to justify the time and efforts they put into handicapping sports. Any winnings over that amount is gravy. Thus at 55.6%, even the best sports bettors could not make money in Tennessee. And to make matters worse, this is a minimum hold! So, on futures and lines with more than two options the hold (and odds) would be substantially higher than that.

It is unclear why Tennessee is demanding that hold, especially since they are charging a $750,000 licensing fees and 20% tax on gross profits. The only logical reasoning for the move is that the state is one of the least gambling friendly states in the U.S. and they want to keep it that way. Other than a lottery, a few horse tracks and some charitable casinos, there is no gambling in Tennessee. And the lottery, horse racing and charity casinos return far less than 90% of bets, so this may be a way to ensure that any gambling on sports in the state is recreational only. If they don’t get a ton of action, they still have their licensing fee.

Regardless of the reason, the hold will ensure that larger sports bettors will turn elsewhere to place their sports bets since they cannot win with a guaranteed 10% hold. European sportsbooks learned that the hard way when they started catering to the U.S. market in the 1990s. The traditional line at sportsbooks, prior to Antigua offering the tax-free zone, was -120 on either side (which was considered a reasonable line for soccer). Companies like Intertops and Interwetten in Austria started taking American wagers but were surprised when there wasn’t much interest in the 40 cent line (an 8.33% hold) on American sports. Serious American bettors used local bookmakers or places like World Wide Telesports or Post Time where they could still get a traditional 5% hold. Instead of the four figure wagers they anticipated, the vast majority of bets on the 40 cent line were for less than $20 a bet. It was only when the European companies learned they had to lower the hold that any serious bettors had any interest in wagering with them.

The biggest problem for American citizens is that there are rumors that several states are eagerly eyeing what happens in Tennessee because they too want to offer the product, but not make it too appealing to professional gamblers. Moreover, a lot of these states have Indian casinos and they want to ensure that nothing will be done to cannibalize those revenues for fear of violating compacts and the IGRA. Plus, most states want to ensure that residents will still happily waste money on the lotteries. These states will certainly get their money up front with very large licensing fees and will take whatever they can get from the tax on gross profits and if it isn’t much, they won’t sweat it. A few of the states that are rumored to be anxiously keeping an eye on how Tennessee fares with the 10% rule are Georgia, Florida, the Carolinas and Texas. Those states realize that they may have no choice but to offer sports betting to keep residents happy and to stop them from travelling to wagering states or using offshore or local bookies to place bets, but they also don’t want to make it so appealing that they could upset Indian tribes, racetracks or the lottery. And, they certainly don’t want to turn into the next Nevada.

It is unfortunate that so many states seem unwilling to take the prospect of offering sports betting seriously, but given the traditional animosity of gambling in several states and the promise of guaranteed returns, it shouldn’t be too surprising either.