From the Rumor Mill: Heartland Poker Tour to cease operations after the COVID-19 pandemic ends 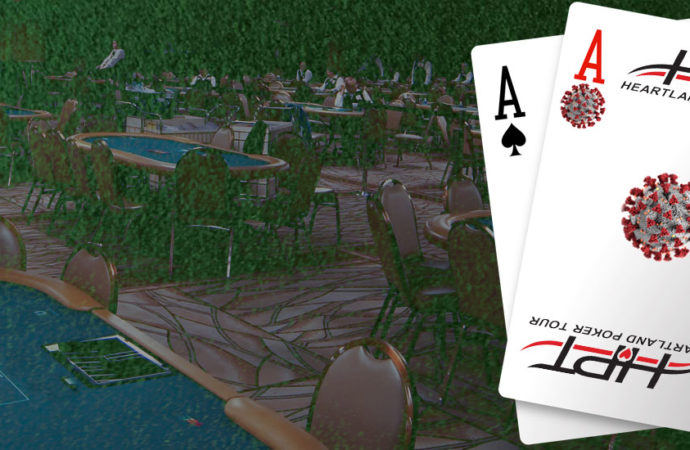 Though there has been an uptick in poker interest, smaller sports networks and poker tours are reeling from the pandemic

One of the unsung casualties of the COVID-19 pandemic has been regional sports programming, with the Mid Atlantic Sports Network (MASN) being one of the largest networks affected. The Network, which is a joint venture between the Baltimore Orioles and Washington Nationals, shows baseball games for both teams along with telecasts of smaller college leagues like the CAA, Patriot League and Big South. Anyone who wants to watch games involving teams like Madison, Lehigh or Rutgers, that are not usually on the major networks or even ESPN, can generally be viewed on MASN or other regional networks. MASN also shows minor sports including poker, featuring many telecasts from the World Poker Tour (WPT) and the Heartland Poker Tour (HPT), a smaller series of tournaments that runs throughout the Midwest.

Unfortunately, the Western swing of the HPT tour was cancelled last year. Unlike the WPT, the fields and top prizes are smaller and the main spokesman for the tour is Greg Raymer, whose claim to fame was winning the World Series of Poker main event in 2004, the only bracelet he ever won. And most poker enthusiasts would say that Raymer, while a good player, hardly ranks among the elite poker players.

The pandemic, necessitating people to stay home, resulted in an increased interest in poker generally, both with online play and TV viewership. But, the programs that have been popular are the WPT and European Tour events, as well as Poker Night in America, a CBS and Comcast program that airs both on cable TV on the CBS Sports Network and via internet streaming via the Poker Night in America app. Because of the nature of Poker Night in America, it has been able to continue unfettered during the pandemic, showing live-streamed Internet games with many celebrities and poker professionals taking part in online tables.

As well, in December of 2020, High Stakes Poker returned after a 9-year absence with play at the PokerGo studios at the Aria Hotel and Casino in Las Vegas. The studio put in major precautions to ensure that the tournament was safe for players, including rapid testing, plexiglass shields and other precautions that are in effect at casinos nowadays to non-professional players. The main host of High Stakes Poker is Gabe Kaplan, who is became famous as Mr. Kotter. The Heartland Poker Tour plans to continue to hold tournaments, but they are not live streamed on an app and the tour never had the viewership of Poker Night in America or the WPT.

As one poker analyst noted, “the Heartland Poker Tour is like the R.C. Cola of the soda pop world. People know it’s there, remember its history and it has a few staunch followers, but for most customers it just isn’t as appealing any more as its main competitors. Given a choice of poker programming, almost everyone will tune into a WPT event before an HPT event just as almost everyone will buy Coca-Cola or Pepsi before they purchase R.C. Cola.”

There are also suggestions that PokerStars may be looking at relaunching some of its early poker tournaments like The Big Game and Poker After Dark, once the pandemic is over.

COVID-19 has also taken a toll on regional programming due to cancelled games and lack of interest, which has resulted in major staff cuts at many networks, including MASN, who laid off much of its commentators, and apparently, they are evaluating all their programming, including poker. The Heartland Poker Tour telecasts (which included older programming) were very poorly watched and there are rumors that once the pandemic is over, MASN will likely stop airing that tour since they see no benefit to the station. And while not specifically noted, there are rumors that other regional stations are also considering dropping the HPT. And unfortunately, without the technical advancements of other companies to create a viable live-streamed event on the internet, without sponsorships and without any TV programming, the HPT tour will likely have no option but to fold operations. Moreover, because of the nature of the product there is really no incentive for the WPT or other poker tours to purchase the rights to the tour.