Preview of the largest live poker tournament in the world - the 48th annual World Series of Poker.

Colossus III Event No. 5 is Biggest Live Poker Tournament in the World

The 48th annual World Series of Poker (WSOP) kicked off yesterday at the Rio All-Suite Hotel and Casino in Las Vegas. A total of 74 tournaments make up this year's WSOP gold bracelet events. The opening two tournaments are the $565 no-limit hold'em Casino Employees event and the new addition $10,000 Tag Team tournament, which features record-breaking Olympic gold medalist Michael Phelps in the field.

New and noteworthy changes at this year's WSOP include not only 8 additional events including 'The Giant' $365 no-limit hold 'em tournament, but the elimination of the November Nine in the $10,000 Main Event. The final table will now be held in July over a 3-day stretch beginning July 20. 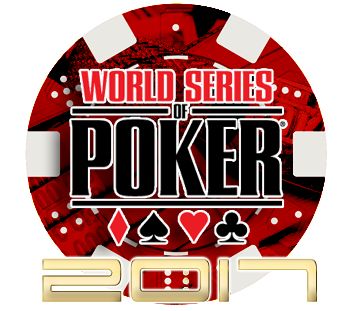 In addition, credit cards will now be an accepted form of payment at live registration windows. Credit cards can now be used for buy-ins of up to $10,000 this year, a sizable increase from the $1,500 maximum of 2016.

June 2nd is the start of the biggest live poker tournament in the world, with this year's $565 Colossus III No Limit Hold 'em Tournament offering an $8 million guarantee prize pool and at least $1 million to the winner. This year's field will set another record, and if you look closely you'll see me in the field. In 2015, the event set a record for the most entries with 22,374. Last year's tournament had 21,613, the second largest field ever. This year's turnout and entries is expected to break the 2015 record. The structure of the Colossus is 18 levels of 30 minutes for each of the six starting flights with 5,000 starting chips. But a unique feature of the Colossus tournament is that the money bubble pops every starting flight. Those players who make it to Day 2 will know they have already cashed.

Like last year, there will be more events with 15 percent of the players making the money, up from 10 percent. That includes the Colossus III and Main Event. Structures will allow for most tournaments to now play into the money by the end of the first day.

Playing hours: Most tournaments start at 11:00am PT, with three of the six starting flights of the Colossus Event No. 5 starting at 10:00am.

Genesis Gaming and Bravo Poker Live app provide the improved electronic registration system. There are at least 20 additional kiosks onsite to handle printing only for ticket entries, which I have used and verified as player friendly

Payout procedures also allow players to be notified by text message to minimize waiting time to get paid. And speaking of waiting time, this year's WSOP will feature a Clock Rule Change. This is designed to increase the hands per hour, improve the experience for the great majority and prevent habitual stalling. The reasonable time to act has been redefined. Rather than implementing a firm "shot clock," the WSOP management has opted to encourage players and Tournament Directors to more actively monitor pace of play and have staff prompt a countdown when appropriate.

Once again there will be around-the-clock tournament, satellite, Daily Deepstack and cash game action offered at the Rio.

ESPN provides TV coverage and live events are streamed on @PokerCentral and its digital distribution channels. Also, wsop.com provides tournament updates. Follow on Twitter: @WSOP and also @PokerCentral, who has acquired the global television and digital media rights to the World Series of Poker and partnered with ESPN and the WSOP to provide more live, streaming and Main Event coverage.