Why is gambling singled out for offering promotions?

Why do bonuses offered by gambling companies get more scrutiny than other businesses and should they be banned, as many anti-gambling groups are calling for?

One of the gambling stories making the rounds this week was an account on BBC which indicated that complaints in the UK against gambling firms has skyrocketed and over the last 5 years particularly due to non-payments and social irresponsibility. The story featured a woman in her 50s named "Amanda" who claims to have lost the equivalent of $760,000 USD over a four year period at Jackpotjoy.com, a online bingo and casino site, which has offices in England and Gibraltar. Jackpotjoy did not deny the claims, but argued it has worked in accordance with rules set out by the UK Gambling Commission and did everything to allow Amanda to curtail her gambling, including the ability to set deposit limits, cooling off periods and alternative withdrawal methods.

Amanda did an interview on BBC Panorama and, to her credit, she has blamed herself the most for gambling away everything she had, including her home and part of an inherited property. But, she also placed a lot of the blame on Jackpotjoy for constantly giving her free bonuses. In the interview Amanda released a recording she made from a  Jackpotjoy representative where the rep told Amanda she was giving her a £100 bonus after Amanda told the rep she wasn’t doing well on the site. Amanda said they never asked her whether she could afford the gambling she was doing which she said often was as high as £25,000 to £50,000 per night. Jackpotjoy even apparently gave her a sympathy cash bonus when she told them her father had died. She also showed the interviewer bank statements where she deposited 6 figures regularly. She claims to have made her last bet on the day she became bankrupt.

I don't want to discuss who was at fault for Amanda's plight or whether the site did enough to prevent Amanda from losing everything because there are always two sides to a story. When getting out of control Amanda could have self-excluded, which would have prevented her from gambling anywhere with a UK Gambling Commission license, and of course, she could have sought help. And in hindsight, Jackpotjoy should have questioned her about why she was gambling so much and whether she could afford it. But by definition gambling addiction is a disease and gamblers can be skilled at hiding the truth.

I know one gambler who lost over $5,000 a day betting on sports and when the gambling site he was wagering the most at questioned him whether he could afford he laughed and said "no I'm a millionaire and this is chump change." The truth was quite different, but gambling sites can not ask to see bank accounts for proof. What I want to discuss is the idea of bonuses offered by gambling companies and whether they are ethical or should be banned, as many anti-gambling groups are calling for.

Comps and bonuses are nothing new for gambling

From the days of Bugsy Siegel, Las Vegas casinos offered larger gamblers incentives to play at their casinos, including free airfare, hotel stays, free meals, free alcoholic drinks and of course money back on losses. In fact most baby boomers and those born earlier will still remember 99 cent buffets in Vegas and $50 red-eye overnight junkets to Atlantic City from most Northeast and Midwest cities, where people would arrive at the break of dawn, be given free play credits to begin betting, gamble until they dropped and return before the sun rose the next day. And hotels like the Riviera and Vegas World often had deals where patrons would pay up front for their airfare and hotel, but if those bettors gambled for 8 hours during their stay they would get the airfare and hotel room cost back and if they gambled for 16 hours (usually at a minimum of $5 per hand on blackjack, craps or roulette), they would also get a percentage of their losses back. Every Las Vegas strip hotel had some sort of gimmick or bonus because the competition mandated it and it wasn’t uncommon for a pit boss to ask a gambler who was on a streak or who was betting heavy enough if they had a room for the night or if they were interested in tickets to the Wayne Newton show. Things only changed in Las Vegas recently when Sheldon Adelson said he was cutting comps to all bettors at the Venetian and Palazzo except the highest rollers and many casinos followed suit. Now for almost every casino, patrons are given player cards, where the casinos keep track of their play and bettors can still get some sort of perks if they gamble enough, including cash back.

Online it is no different either. In the early days of online gambling it seemed every sportsbook or casino had some sort of incentive to play there, including bonuses up to 200% for new signups, free bets for simply providing the sportsbook some personal information and ridiculous cashback offers on losses. In fact it became a joke in the industry that you knew a company was in financial trouble when the bonuses got better. And there was quite a bit of truth to it. Not long before folding sites like Ace’s Gold, Rich’s Sportsbook and New Age Bets had obscene bonuses that raised red flags. Now most gambling sites offer small promotions including free bets and cash, although they are capped. So at sites like 888 and Bet365 bettors get a $5 rebate for wagering $50 or more in a week, but the rebate doesn't increase until the betting reaches several thousand.

The reason casinos offer the incentives, of course, is due to competition. It's really no different than any business. Burger King, Subway and Dominos, for example, offer incentives all the time to get people to purchase from them rather than from McDonalds, Jimmy Johns or Little Caesars, but many feel it's different with gambling companies since the activity is technically bad for the person. But are gambling incentives really that different?

No one bats an eye when a morbidly obese person takes advantage of the 2 for the price of 1 cheeseburger specials or sits down for the half price buffet at Golden Corral and even with alcohol, companies are constantly announcing promotions. It's just instead of being given a freebie or discount by a casino rep, the person is given a discount from a "brand ambassador." And of course the government or retailers will never question someone if they can afford to buy the lottery tickets that have a 1 in 50 million chance of winning, because apparently the purchase of these is considered goodwill, since the bulk of the money is used to fund things like healthcare and seniors. And I have never heard of a teller at a racetrack refusing to take a bet from someone because they are worried about their gambling. If an online horse racing site like CapitalBet or Brisbet has refused deposits or bets, I'm unaware of it. The horse racing websites do, however, offer cash incentives once a bettor reaches a certain betting threshold. 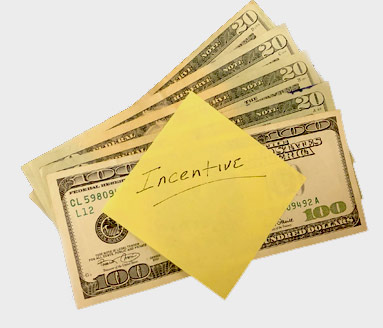 Perhaps the bigger question is, what would happen if companies stopped offering incentives? Fast food places still have a lot of business when no deals are on and gambling sites still have lots of bets without cashback incentives. Paddy Power-Betfair and Pinnacle rarely have any promotions operating yet people play there. Would Amanda have stopped playing at Jackpotjoy if they didn’t offer incentives? It’s highly doubtful. Instead the £100 she lost from the incentive by the clerk would have come out of her bank account. And no doubt without the incentives she would have simply looked around for a competing site that would offer bonuses. We know that because that's what the vast majority of bettors do. So betting at William Hill Casino instead of Jackpotjoy doesn’t deal with the problem at hand, it simply robs Peter to pay Paul.

Addiction is indeed a horrible thing and lives are ruined by it. Whether it's gambling, alcohol, sex or fast food people can give into their urges, over indulge and end up in a bad way. For the vast majority, however, people can indulge in those activities without becoming addicted, but when they do they should be stopped.

In the case of Jackpotjoy, that audio of the clerk offering the £100 bonus is damning because we know the situation. However as we have witnessed with video tapes of things like police brutality, people often only reveal what they want the story to show. When the whole tape is released we often find out there was a lot more leading up to the incident. Jackpotjoy did what they were required to in order to allow those addicted to control their gambling any more than cigarette makers do with warning labels and fast food companies do by listing calorie and fat contents of dishes on their menu.

Trying to stop addiction by taking away the right to offer promotions and cash bonuses won’t help anyone in any business. All it will do is force consumers to spend more of their own money.