Which Region Will Produce the NCAA Tournament Champion?

A preview and pick for tonight's marquee matchup between Gonzaga and West Virginia, with an eye towards the National Champion.

The Sweet 16 tips off today with the West and Midwest regions taking center stage in San Jose and Kansas City. I'm betting the National Champion will come from one of those two regions, and have some futures tickets to support my interests on West Virginia and Arizona (West Region) along with Purdue (Midwest).

All Sweet 16 match-ups are competitively priced, and for the first time in at least a decade, there's not a single Sweet 16 point spread of more than 8 points.

At BookMaker Sportsbook, you can currently wager on West Virginia to win the West Region at 4-1, Arizona 2-1 and Purdue at 9/2 in the Midwest. The Mountaineers (20-1) and Boilermakers (23-1) are still greater than 20-1 to win the National Championship.

My recent article on Sweet 16 top seeds shows three remaining No. 1 tournament seeds in Kansas (Midwest), North Carolina (South) and Gonzaga (West). Those three teams are also three of the favorites to win the national title as North Carolina (9/2), Kansas (5-1) and Gonzaga (6-1) try to reach the Final Four in a wide open and competitive Sweet 16. History suggests they won't all reach the Final Four. Arizona (6-1) is getting plenty of interest to tear down the nets, and if the Wildcats beat Xavier and then the Gonzaga/West Virginia winner, they will be playing in nearby Glendale Arizona for the Final Four.

The marquee match-up in Thursday's West region is No. 1 Gonzaga vs No. 4 West Virginia. The Bulldogs (Zags) won 34 games with just one loss, but have not looked so good in the NCAA tournament thus far. This is a team that led the nation in scoring margin, whipping opponents by over 22 points per game. The inside-outside game of 7-foot, 300 lb Prezmek Karnowski and fellow 7-footer Zach Collings along with talented guard Nigel Williams Goss is exceptional. But after struggling to shoot and score against South Dakota State (40% FG) in the opening round, and then blowing a big lead against Northwestern in victory and not shooting too well with more turnovers than assists, Gonzaga has now failed to get the money in five of their last seven games. They also failed to get their preferred pace in their opening two NCAA Tournament games. But this is a strong and very deep Gonzaga team that can excel both inside and out and play stellar defense. However, they will have to show more, protect the basketball and handle the presses, pressure and 1-3-1 zone if they plan to advance and take out a tough and determined West Virginia team. 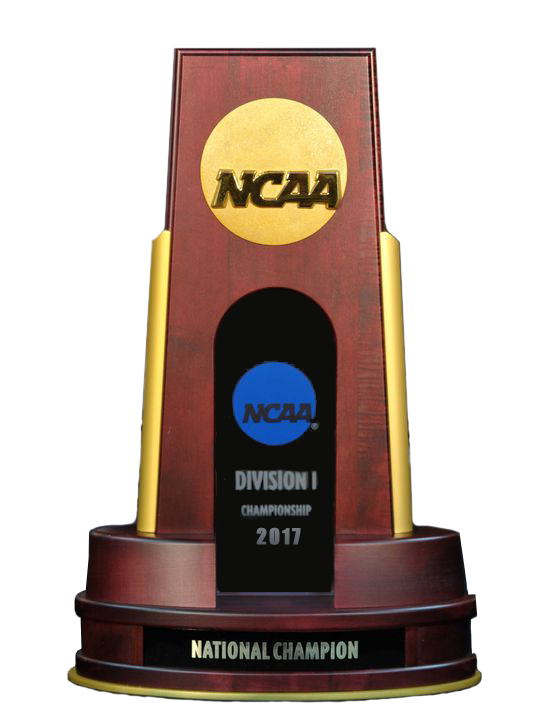 Gonzaga faces their toughest test of the season against a West Virginia team that won 28 games and has played very well against two tough opponents in the NCAA tournament. The Mountaineers not only got a tough draw in their opening two games, but now travel across the country to play a West coast team in California. Coach Bob Huggins is among the best, and the Mountaineers myriad of presses is something the Zags will have to adjust to after not facing this kind of ball pressure or defensive intensity this season. West Virginia ranked No. 1 in the nation in forcing turnovers, steals and turnover margin. This is a top-20 team in scoring and offensive efficiency that played a very tough schedule. West Virginia crushed Kansas at home 85-69 and then had the Jayhawks down 10 points inside of 4 minutes remaining before losing in overtime on the road in Lawrence. They played very well down the stretch winning four of five games, and have now also won four of five games since the Big 12 tournament began. The Mountaineers played a terrific game in beating Notre Dame last round, and this is a team that can play various styles, adjust to tempo and both score from and defend the entire court. Like Gonzaga, West Virginia is deep, and they wear down opponents with relentless pressure, rebounding, trapping and by creating turnovers.

Gonzaga did beat a pressing Florida team 77-72 back in November on a neutral court, but the Gators were just 2/19 from the 3-point line and 3-point shooting can be variant at times and more difficult to determine. The Zags did turn the ball over 16 times against Florida, who pressed Gonzaga on 31 of their 58 possessions. West Virginia presses to force turnovers, to speed up the opponent or to make their foe burn up time on the shot clock before initiating offense. And they defend with Big 12 defensive Player of the Year Jevon Carter in the backcourt and senior forward Nathan Adrian, another all-league defensive performer. Gonzaga does have skilled big men that can both advance and handle the ball while both Josh Perkins and Goss, the team's leading scorer and assist man set up the offense in the back court.

This marquee match-up is one to watch, and when shopping the sports books, you may locate +3.5 at some shops but taking 3 with West Virginia is fine, along with some money line mixed in. Both of these teams are capable Final Four entrants, as is the winner's next opponent Arizona. But West Virginia is playing better now and down the stretch than Gonzaga, and we see the Mountaineers rising to the challenge of playing a No. 1 seed with a solid shot to beat the Bulldogs.

Tournament notes: Through the opening two rounds of the NCAA Tournament, favorites have gone 42-10 straight-up (SU) and 25-27 against the spread (ATS). Totals bettors who like scoring have profited as 'overs' have gone 34-18. The linemaker has adjusted some of the Sweet 16 totals with six of the eight game totals at 145 or more points.