What are the odds for another Tom Brady MVP at age 40?

Tom Brady has again been made the favorite for the NFL MVP and, barring injury, this might not be a bad bet.

Tom Brady is again the favorite to win the MVP Award

This news just in. After last year's stunning, Super Bowl 34-28 OT comeback over the Atlanta Falcons after his Patriots being down 21-3 at halftime, Clark Kent has changed his name to Tom Brady. Upon his NFL football playing days completed, Tom will be taking over the role as the only person in the universe who has convinced everyone on Planet Earth he indeed is Superman. A possible non-mortal capable of doing anything, surviving death and potentially saving humanity. If not saving humanity, certainly thousands of non-believing sports bettors.

More Powerful than a Locomotive

If you want proof of his "ability to climb tall buildings", check out these numbers that are not readily available at wagering statistical library Statfox.com:

Thomas Patrick Edward Brady Jr. was born August 3rd, 1977, meaning he will be 40 years old before NFL pre-season begins in a few weeks. The sole quarterback to win FIVE Super Bowls and all for one team. Only Hall of Famer Charles Haley of the 49ers is tied with five "winning" rings. In those five winning Super Bowls, Brady has been the MVP in four of them!

Tommy has been selected to 12 Pro Bowls, appeared and won more playoff games than any QB in NFL history and never has had a losing season as a starter in compiling a total of 208 total regular season and playoff wins. Again, the most of any QB in history. Perhaps the greatest number of all is NUMBER FIVE. As in fifth round draft choice. Proving beyond any reasonable doubt there are no draft experts. And like marriage that fails 56% of the time, you get some great steals and great busts in life. And if football didn't work out, who knows if we would have been counting days until a Major League Baseball Hall of Fame election. He was also an 18th round draft selection of the Montreal Expos back in 1995. 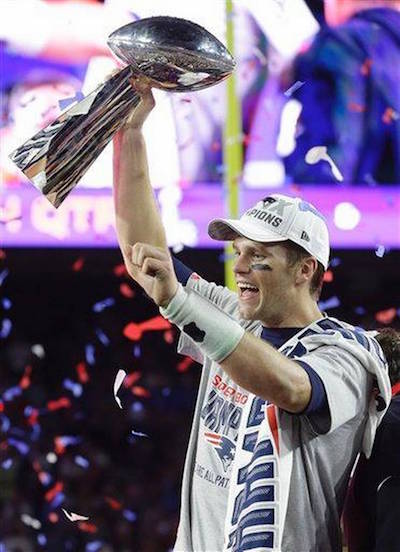 Lost Under the Giant "S"

What's largely forgotten in Brady's past are two major blights that have taken down other major celebrities and ended many athlete's careers.

In 2011 Brady was involved in a very serious car crash in Boston's back bay near his home. His passenger went to the hospital with serious injuries and the other driver that caused the accident was cited. A light pole was knocked down but amazingly, Super Tom walked away unscathed with less of a hit than a linebacker on a weak side blitz. In fact, he went to practice that afternoon. Checking a quote in the report Brady said, "you count your blessings and I want to play until I'm 40".

Another long past black mark on the man of steel is his "love child" back in 2009. While he was forming the beginning of his relationship and soon to become world famous marriage to Brazilian supermodel Gisele Bunchen. Three months after they began, Tom was notified that a former liaison was pregnant with his first child, son John Edward. Gisele stormed through the paparazzi declaring she was thinking of leaving him, however, their superstar marriage survives today. Brady did go on to the AFC Championship Game with the Pats that year and won the Super Bowl with one of his MVP's soon thereafter. Funny how Vince Lombardi trophies erase the bad days and memories.

BELOW is an excellent list of odds to win this year's NFL MVP courtesy of major sportsbook Bovada. Similar odds are available to shop by visiting the list of preferred offshore sportsbooks.

Here's the easy part. Eliminate all players listed from Andrew Luck on down as having absolutely no chance to cash. That is not to say they might not obtain terrific numbers and have great seasons but one specific MVP quality is mandatory. Your team must be very successful and at least make the NFC or AFC Championship Game, if not win it, toward advancing toward the Super Bowl.

Notice that's what separates the entire list of odds, whereas the lowest odds correspond with teams expected to advance deep into the playoffs. Therefore, making top stars like Andrew Luck and Drew Brees significant longshots. Defensive standouts like J.J. Watt cannot win a season MVP award but maybe a game award. And other positions besides a quarterback are even in question. Le'Veon Bell at +1600 and Ezekiel Elliott at +2000 might be worth a potential back-up play but either would have to threaten NFL rushing stat numbers and their teams must make the Super Bowl to win the MVP bet.

Which brings us back to the man calling signals in the huddle. The quarterback fills the top seven spots in odds order and almost all involved in the top fifteen. Your handicapping here is guessing which QB stays healthy the entire 16 game regular season, advances furthest toward the Super Bowl and acquires good enough stats to win a nice-odds wager. 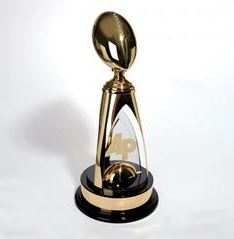 Factoring in all these numbers, probabilities and prior events that don't show up in the statistics page it's not hard to understand why Tom Brady is your +550 Bovada favorite. He rarely gets hurt, continues to stockpile his Hall of Fame numbers and the New England Patriots are coinciding favorites to win the Super Bowl. Simply put, it's his MVP to lose. Or the other quarterbacks to try to take away.

The only negative factor is the price we pay for last season's unforgettable Super Bowl miracle. If the Falcons won the game, no doubt Brady would be listed at around +800 or +1000. Now the public has a hard time doubting anything he can do at any age. No doubt, strong arguments can be made for backing Derek Carr at +900, Aaron Rodgers at +700. Or even expected comebacks by Cam Newton at a very healthy +2500 or even Matt Ryan at +1600, who will likely put up dozens of TD passes and thousands of yards again this season.

But again, if this is your hero, the best plan is searching through the list of preferred sportsbooks for the best price although no better than 6-1 could be expected. And the closer we get to regular season kickoff, the odds on Brady will deflate. Certainly, pun intended.

I can't knock any bettor confidently wagering Tom Brady to capture another NFL MVP this season. He seemingly has done the impossible and accomplished what no other man has attempted in pro football thus far. In fact, the Patriots will likely be better this season with a fully healthy team, new talent through the draft and a reinforcing defense. Again, why they're the Super Bowl favorites. But please keep in mind this highly likely scenario which has taken down every athlete in every sport:

Brady goes back to pass; James White picks up the blitz and Gronkowski is wide open at the 20-yard line. Oh no!! FATHER TIME comes out of nowhere to pick off the throw and will run it back 80 yards for a touchdown.

It happened to Joe Montana, Willie Mays, Wilt, Kareem and the Great Gretzky. Everybody gets old and eventually loses skills and strengths they can't understand or believe possible to experience. Will it happen this season to Brady? Maybe or maybe not. We'll be paying favorite money to find out. Just remember what Super Tom said when he walked out of that car in Boston scratch-less seven years ago. "I'm grateful and want to play until I'm 40". Here in the NFL Twilight Zone....