A look ahead at some key NCAA matchups on Saturday and Sunday, plus the NBA All-Star game.

The college basketball season is beginning to heat up as it winds down to its final week of regular season play. Some conferences will begin playing their conference tournaments.

The Big Ten and Big 12 will conclude their regular seasons with a couple of ranked showdowns while the NBA reaches its midpoint and takes a break for its annual All-Star game.

Here's a look at the top bets this weekend. Check out our best bets for last weekend.

The 17th-ranked Cowboys just completed a season sweep of Oklahoma. They beat the Sooners in consecutive games both times as an underdog. The wins give the Cowboys four straight covers. They'll be looking to stay on track with March Madness 2021 looming. 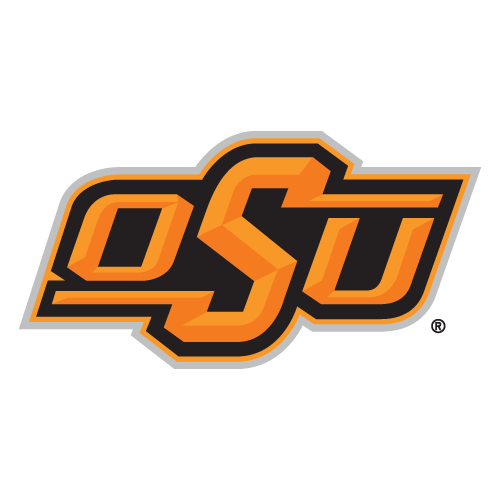 Now, Oklahoma State heads to No. 6 West Virginia, which just suffered an emotional overtime loss to Baylor. The Mountaineers will take on TCU before playing the Cowboys on Saturday. Oklahoma State gets Baylor on Thursday night before Saturday's game.

Cade Cunningham has proven why he may be the first pick in this year's NBA draft. The freshman averages 19.5 points a game for the Cowboys. His 40 points against Oklahoma helped the total go Over for the third straight Sooners game.

Eight of the last ten Mountaineers games have seen the total go Over. When WVU beat Oklahoma State in January 87-84, the total went Over. Expect that to happen again.

Fourth-ranked Illinois played itself right into a No. 1 seed with a crushing defeat of Michigan earlier in the week. That the Illini did it without leading scorer Ayo Dosunmo is even more impressive.

Now, they will travel to Columbus to take on an Ohio State team that has lost three straight. Ohio State won the first meeting between the two teams. Expect the Illini to be favored once again. The Buckeyes won as a 7-point underdog in January.

Playing at home in the final game of the season and desperately needing a win, take the Buckeyes and the points.

Play Ohio State down to +3.

No. 3 Baylor takes on No. 18 Texas Tech on Sunday. The Red Raiders are one of the few teams that held the Bears under 70 points this season. In the first meeting between the two teams, Baylor won 68-60. They should be a force in this year’s NCAA Tournament.

Baylor recovered from its only loss of the season to Kansas by beating a very good West Virginia team in overtime. The Bears covered the spread against WVU improving their ATS record to 14-6 for the season.

In beating the Red Raiders in January, Baylor covered as four-point favorites. Expect a similar spread on Sunday and for the Bears to cover at home. Texas Tech has covered just twice in its last seven games.

NBA All-Star Game: Team LeBron vs. Team Durant
The annual NBA All-Star Game takes place Sunday. Once again, LeBron James will captain one team while Brooklyn’s Kevin Durant gets the other. Since the change to the new format, Team LeBron has won three straight.
Team LeBron covered the spread in 2018 and 2019, but did not last year in a 157-155 win over Team Giannis as 6.5-point favorites.

One thing you can count on is points. Neither team plays defense and the scoreboard lights up. Last year's total was 304.5. The result was an Over. The year before, the total was 315. The teams combined for 342 points.

If the total is anything under 315, play the Over all day long.

Bet on Sports at America's Bookie.