College Football betting expert Ross Benjamin details why he strongly feels the SEC is far and away the best conference in America. Join us in reading Ross’ brief breakdown of each team’s opening game and what’s up next.

The first full week of the college football season is behind us. Although it’s way too early for making definitive conclusions from such a small sample size, it certainly beats the alternative of using various preseason publications as an early barometer. I went into Week 1 of the college football season with a mindset of trusting my eyes and nothing else. My observational goal was to determine what “Power 5” Conference was the most impressive at this early stage.

The SEC has long been regarded as the premier football conference in America, and nothing which transpired last week convinced me of otherwise. SEC teams went 13-1 straight up and a very profitable 10-4 ATS in Week 1 action. Heading into Week 2, there was 7 SEC teams ranked in the AP Poll Top 25.

Alabama flexed its muscles early by drubbing a very talented but overmatched Louisville team by a score of 51-14. The top ranked team in America will square off with Sun Belt Conference favorite Arkansas State in Tuscaloosa on Saturday. Since 2011, Alabama has a remarkable cumulative record of 89-9 (.908).

The Auburn Tigers were able to come away with a huge win against a quality opponent by tripping up then #6 and now #9 Washington 21-16. The Tigers covered that contest as a 1.5-point favorite. Auburn will host Alabama State this week in their home opener before facing SEC rivals LSU and Arkansas during its following 2 games. Saturday will also be the first of 4 straight games at home for #7 Auburn.

Get in on College football action at BetOnline.ag

As expected, Georgia trounced Austin Peay last Saturday 45-0. The Bulldogs showed their defensive might, and the offense didn’t come close to showing all its cards against a vastly inferior opponent. Georgia travels to Columbia, South Carolina on Saturday for an SEC showdown against a dangerous Gamecocks team.

The Florida Gators and new head coach Dan Mullen are off and running following a 53-6 trouncing of Charleston Southern. That win ascended Florida to #25 after being unranked in the preseason polls. Florida will begin their SEC slate on Saturday when the Kentucky Wildcats come to town. At this present time, Florida is a 13.5-point favorite over Kentucky. The Gators are an experienced team with 19 returning starters and can potentially be a prominent player in this 2018 SEC race. 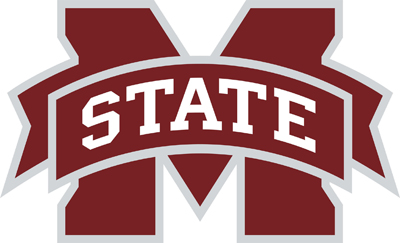 In my professional opinion, if there’s an SEC team that could surprise and disrupt the applecart in 2018 it would be Mississippi State. The Bulldogs return 17 starters for first year head coach Joe Moorehead, and that includes a Heisman Trophy candidate and quarterback Nick Fitzgerald. Mississippi State is coming off this past Saturday’s 63-6 pounding of Stephen F. Austin. What was even more imposing during last week’s win was the Bulldogs did it without the services of Fitzgerald who served a 1-game suspension. We’ll find out soon enough if Mississippi State is truly for real when they face Kansas State on the road in a couple of days. Obviously the oddsmakers like their chances since the Bulldogs are currently an 8.5-point favorite.

LSU and head coach Ed Orgeron temporarily silenced their critics by putting together a convincing 33-17 win as a 3.0-point home underdog over then #9 ranked Miami-Florida. That decisive victory over a Top 10 team, catapulted LSU from its preseason ranking of #25 all the way up to #11 in this week’s AP Poll.

Bet on NCAA football at MyBookie.ag

How About those Gamecocks?

Don’t look now but South Carolina is ranked #24 in this week’s college football polls. That ranking may be short lived since they get #3 Georgia at home on Saturday. The Gamecocks opened their 2018 slate by crushing Coastal Carolina 49-15. However, they failed to cover as a massive 39.5-point favorite. As of this writing, South Carolina is a 9.5-point home underdog against Georgia. I wouldn’t be shocked at all to see an upset or at the very least a very competitive game.

So much for an Ole Miss football program being in disarray stemming from chaos and turmoil created by the previous head coaching tenure of Hugh Freeze. The Rebels opened their season with an inspiring neutral field (Arlington, Texas) 47-27 win over Texas Tech. Ole Miss easily covered that contest as a 2.5-point favorite.  They’ll have an excellent opportunity to begin 2018 at 2-0 when they entertain an FCS foe in Southern Illinois on Saturday.

The Chad Morris era began in Fayetteville last Saturday and it was a huge success. The Razorbacks didn’t break a sweat during a 55-20 rout of Eastern Illinois. Arkansas will have two winnable games up next with a road tilt at 0-2 Colorado State before returning home to host North Texas. Unless they get unexpectedly knocked off in either of those contests, Arkansas will enter their 9/22 SEC opener at Auburn with a 3-0 record. 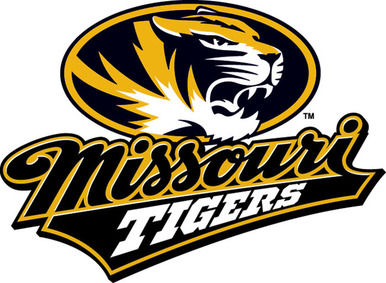 The Missouri Tigers christened their 2018 season with a 51-14 home win over Tennessee-Martin. Senior quarterback and Heisman Trophy hopeful Drew Locke led the way by passing for 289 yards and 4 touchdowns. The Mizzou defense limited Tennessee-Martin to just 13 first downs and 277 total yards. Up next for the Tigers is this coming Saturday’s home game versus Wyoming. A consensus of all major offshore sportsbooks calculates Missouri to be currently a 17.0-point favorite.

The Jimbo Fisher era officially began last Thursday in College Station, Texas with an easy 59-7 win over Northwestern State. The Aggies had little trouble covering that contest as a mammoth 46.0-point favorite. Nevertheless, they’ll have their hands full this week when hosting #2 Clemson. Currently, 5Dimes is showing Texas A&M as a 12.0-point home underdog against a Clemson team that’s seeking a 4th straight appearance in the College Football Playoffs. The Aggies also have a date at #1 Alabama on 9/22. We’ll now quickly find out how good Texas A&M is or how far they need to go.

The Kentucky Wildcats made their 2018 season debut last Saturday with a workmanlike 35-20 home win over Central Michigan. The Wildcats failed to cover that contest as a 17.0-point favorite. Kentucky travels to Gainesville this week to take on the Florida Gators. The Wildcats will be looking to spring an upset as a double-digit underdog and pave their way to a 3rd consecutive winning season.

Hail to the Commodores

Vanderbilt is now 1-0 after defeating a very good Middle Tennessee State team last week by a convincing 35-7 margin. It was the first season opening win for Vanderbilt since 2011 when they defeated Elon 45-14. They’ll be entertaining Nevada on Saturday before going on the road to take on #8 Notre Dame.

It looks like it will be another long season in Knoxville, Tennessee. The Tennessee Volunteers were hammered 40-14 in their first game versus #14 West Virginia. They’ll get an opportunity to gain some confidence over the next 2 weeks when going up against a pair of creampuffs in East Tennessee State and UTEP. After last year’s 4-8 debacle that resulted in the firing of head coach Butch Davis, newly appointed Jeremy Pruitt will be hard pressed to turn things around in any type of abrupt fashion. The Volunteers were the only loser last week among fourteen SEC teams.