UK based companies most likely to buy Cantor Gaming

Cantor Gaming is shopping their Las-Vegas sportsbook business around and the most likely buyers appear to be sportsbooks in England.

While Cantor Gaming (CG) hasn't officially announced that they are selling their Nevada operation, everyone knows it's just a matter of time. According to Bloomberg News, the company is shopping the business around in what is described as an informal process to gauge interest. CG is not making money and they are frustrated with decisions that courts are levelling against them that are affecting the bottom line.

To provide some history Cantor Fitzgerald began looking at new avenues to rebuild the business following the attack on their headquarters in the World Trade Center on 9/11, which decimated the company. One of those people given the opportunity was Lee Amaitis, a managing director at the company who, along with CEO Howard Lutnick, agreed to start up Cantor Gaming and Wagering, later known as CG Technology, a subsidiary of Cantor Fitzgerald. The focus of the company was to operate the sportsbooks at Las Vegas resort casinos and to initiate new technologies that would put the sportsbooks at the forefront of sports betting. They believed this new business was a logical fit given the similarities between sports betting and operating in the stock market and given Cantor Fitzgerald's ingenuity in developing electronic trading tools for the stock market. CG's first and biggest operation was at the M Resort although in later years they also built and rejuvenated betting parlors at the Venetian, Palms and Tropicana. The face of the organization aside from Amaitis was Joe Asher, a former attorney at Cantor Fitzgerald, who was hired to develop in game and mobile technology at the sportsbooks and to acquire new licenses.

From 2004 to 2007 Asher secured numerous new licenses and CG was on their way to becoming the biggest and best in Nevada. In 2007 Asher quit CG and set up his own business, Brandywine Bookmaking LLC which provided bookmaking services to other casinos. He also started his own bookmaking company, Lucky's Race and Sports Book, whose stated goal was to get sports betting into some of the smaller markets throughout Nevada and the U.S. In fact, Lucky's operated the first sportsbooks in Delaware after passage of the UIGEA. Because of that move by Asher, CG sued him for breaching non-compete and confidentiality clauses which he signed when he worked for the company. Asher fought the charges saying he was not looking at the same markets as CG. In 2012 Asher sold Lucky's to William Hill which led to CG suing William Hill as well for illegally using their intellectual property.

CG's philosophy was to build a fee-based business which focused on volume. Amaitis believed that the key to profitability was to transact huge amounts of dollars but keep a relatively modest hold. In other words, the company was willing to sacrifice margin (and take more risk) to generate more revenue. CG by all accounts accepted more wiseguy money than any other sportsbook in Nevada, were the slowest to close accounts of winners and had extremely high limits even accepting million dollar bets. In fact, bets in the hundreds of thousands were commonplace. But despite the volume, the holds couldn't offset the cost. Consequently by 2010 despite handling almost 15% of all sportsbook bets in the state their hold was just over 2%, far lower than the 4.5% handled by other sports books. When overhead and expenses were factored in, CG was losing vast amounts of money from its operations. In 2010 CG lost over $27 million and analysts have told me that the operation has yet to be profitable, even to this day.

"To make matters worse for the company, CG has been involved in numerous lawsuits."

In 2008 Howard Lutnick also purchased Las Vegas Sports Consultants (for whom Amaitis is now listed as the CEO) for an undisclosed amount although it is said they have poured over $200 million into the operation. As many know LVSC at one point was the premiere sports odds provider and was used at all sports books both in the Las Vegas and offshore. LVSC's lines were featured in major newspapers with the title "The Roxy Line," for famed line provider Roxy Roxborough. but, LVSC's luster has long dissipated and is just a shadow of itself. In fact, even at the time of purchase LVSC was not generating much interest. Roxy left the business in 1999 and most sportsbooks since the mid 2000s opted for either Don Best or Sports Options (which was later acquired by Don Best). Thus, it's hard to see how CG has made any money from this venture.

To make matters worse for the company, CG has been involved in numerous lawsuits.

Some of the smaller suits were initiated by customers who have claimed that they could place excessive wagers effectively bankrupting them as well as one suit which claimed that CG allowed in an incorrect withdrawal. But more concerning were lawsuits by the Nevada Gaming Commission and Department of Justice (DoJ) who have accused the company of illegal gambling and conspiring with underground figures. In 2013 the company was charged in an investigation known as "the Jersey Boys". According to the suit initiated by the DoJ, CG attracted some very high stakes bettors by allowing them to wager more than the competition. Lutnick, however, was worried about the potential losses so Michael Colbert, a risk management executive for the company, schemed to offset those losses by placing counter wagers with the "Jersey Boys" who ran an illegal gambling operation in New York. In return the Jersey Boys used Vegas as their own dumping ground, hiring runners to "transport large amounts of cash to and from Las Vegas" and place bets with CG. To make matters worse, a Florida bookmaker used CG to place bets in an effort to launder proceeds from his illegal operation. Colbert pleaded guilty in the case and CG paid a fine of $5.5 million to the Nevada Gaming Commission by pleading No Contest in 2014 to the 4 main charges levelled against them, but pleading guilty to the lesser 14 charges. This allowed them to continue operating in the state since they didn't officially acknowledge guilt in areas that would have necessitated a suspended license. The federal case, however was not resolved with that payment. 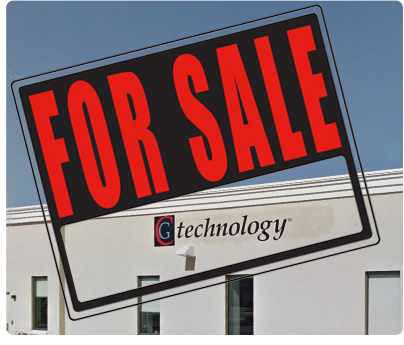 Colbert was also charged in 2012 with illegal bookmaking using Pinnacle Sports to accept offshore wagers for CG, which many believe was the impetus for Pinnacle to pull out of the U.S. market, but that case was dismissed so that the feds could concentrate on the Jersey Boys lawsuit. Last year, the Eastern District court of New York said that Cantor agreed to a non-prosecution deal with the DoJ to pay an additional $16.5 million to settle the Jersey Boys lawsuit. In return CG also agreed to streamline their operations to ensure greater compliance with Nevada Gaming rules and they agreed to continued cooperation with the feds.

On the other side of the ledger, the lawsuits with Asher and William Hill have still not been settled and it appears they are unlikely to get the settlement they are hoping for. And most recently CG filed a suit against FanDuel for infringing on six of its automated gambling patents, but in January a Nevada court tossed out most of those claims saying that what CG was suing for could not be patented – particularly those that related to identifying players and tracking results.

Thus, it appears that Lutnick has become extremely frustrated and has waved the white flag. It's evident that the company is under an increased spotlight and that whatever new ideas they come will likely be challenged as to whether they are proprietary. And with the settlement of the Jersey Boys lawsuits and agreement to be more compliant with Nevada rules, it's also clear that Amaitis and CG can not operate in the manner they want and instead will just have to be like every other sportsbook in Nevada, i.e. taking smaller wagers and larger holds.

The question, therefore is who would be interested in purchasing CG at this point? The two companies that have been mentioned over and over are Paddy Power-Betfair and Ladbrokes. In 2012 Ladbrokes purchased 65% of Stadium Technology, a Las Vegas based company that provides sports wagering software which is currently used by all CG companies, among others. Ladbrokes bought the company after William Hill bought Leroy's Sportsbook (American Wagering) and Lucky's Race and Sportsbook so that they would not be on the sidelines if and when sports betting is legalized throughout the United States. So, the purchase of CG, whom they already provide services to, would be a logical move.

The other company being mentioned is Paddy Power-Betfair. In 2011 Paddy Power applied for a Nevada license and received preliminary acceptance from the Nevada Gaming Commission but never actually set up operations. In 2015 Paddy Power merged with Betfair to set up Paddy Power-Betfair, and unlike Paddy Power, Betfair was already operating in the U.S. with both its TVG horse racing operation and a partnership agreement with Golden Nugget in New Jersey for its online casino. Paddy Power-Betfair is very profitable, has no debt and could easily afford the $100 million plus price that CG would probably ask for. This would be a great opportunity to enter the sports betting market in the U.S. and would give a proximity to California where the company hopes to launch its exchange wagering product in due time. Also, the California online poker market is still in its sights as well. Paddy Power does operate in North America, providing gaming services to the British Columbia and Manitoba governments in Canada.

Aside from the two UK companies, however, some slot manufacturers including Bally's, IGT and Playtech, a leading UK online slot designer, have been rumored as potential buyers too. But one site that apparently is dipping their toes in the water, per one analyst is William Hill. Despite having a presence already, the company is apparently concerned about Paddy Power-Betfair who are eating them alive in Europe in innovation and profitability. So, William Hill may want to purchase CG just to keep the behemoth out. Of course, the pending lawsuit against them and Asher by CG makes that an unlikelihood but selling to William Hill could actually kill two birds with one stone for William Hill. It would keep the competition out of Nevada but it would also necessitate some sort of settlement of the lawsuits which would be incorporated in the purchase price. This would benefit both William Hill and CG who could forego more court time and legal costs.

So, the ball has now been served by Cantor Gaming and it's just a matter of who will be first to return it and how much they are willing to pay. Despite interest it's unlikely Bally's, IGT or Playtech will be willing to dole out the cash that CG will command which leaves it to one of the British/Irish companies. My money is on Paddy Power-Betfair although it will be more fun if it indeed turns out to be William Hill that is the final bid winner.