A preview and inside look at the 2016 Tennessee Volunteers, who are poised for a big season, and a chance at the SEC and National Championships.

The Tennessee Volunteers are the chic pick to win the SEC East this season and play in the SEC Championship game. Many victories for the Volunteers are expected and the touting of Tennessee has shown at the sports books too. Tennessee's season wins opened nearly three months ago at 9.5 (over +105). Since that time, the Volunteers have taken money to win at least 10 games, and you can certainly forecast a special season in Rocky Top. 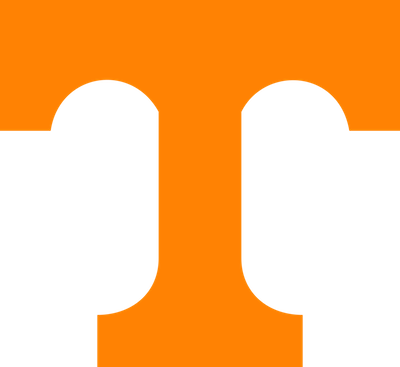 Tennessee is at the top of the talent pool this season. They have experienced starters, depth, quality coaching and a manageable schedule. Special teams is often overlooked, and the Vols had a top-5 overall ranking last year and return everyone. The optimistic fans excitement is approaching 1998 the level – the last year Tennessee won the SEC title on their way to an undefeated season and national championship.

Coach Butch Davis enters his fourth year and he's rebuilt Tennessee football for sustained success going from 5 to 7 to 9 wins last year. The Vols blew three double-digit leads last season, with two in the fourth quarter to Oklahoma and Florida, and lost to Alabama in the closing minutes 19-14. Now 17 starters and 57 letterman return to take the next step forward.

The Volunteers offense has gone from 23 points per game (PPG) to 29 to 35 PPG last year and senior QB Joshua Dobbs is surrounded with top skill talent including All-SEC running back Jalen Hurd and junior captain and RB Alvin Kamara. With one of the league's strongest offensive lines, Dobbs should continue to register the stats and lead a balanced and strong offense. Dobbs combined for over 3,000 passing and rushing yards last season with 26 touchdowns. The bubble screens and short, quick passing game will still be prevalent in the air attack, but a young, talented group of receivers should open up the mid-to-downfield game more this season. The SEC is not as strong this season and many of the weaker defenses are in the East.

Head coach Davis said at SEC media days that "we talk about everything having a compound effect, everything adds up and becoming 1 percent better each and every day." The leadership and talent should set the tone for a SEC and National Title push by Tennessee.

The Vols defense has also improved and new defensive coordinator Bob Shoop has eight returning starters from a defensive unit that allowed just 20 PPG last season and 362 yards per game. For the third straight season, the Volunteers made significant improvement in defense, and with junior lineman Derek Barnett and senior stars Jalen Reeves-Maybin (LB) and Cameron Sutton (CB), the Volunteers will control many SEC offenses that are lacking quality QB play this season. Shoop is a great coordinator and respected coach who did more with less at Penn State and Vanderbilt. They will be better in situational football on third (and fourth!) down and in the red zone. The 'Orange Swarm' will be attacking with Barnett's 20 sacks the last two season leading the rush along with the recovery and return of senior end Corey Vereen. Top talented tackle Kahlil McKenzie will lead the run defense along with All-SEC lineback Jalen Reeves-Maybin as the Vols improve further following 152 rushing YPG allowed last season.

The schedule is never easy in the SEC, but after opening as a 21'-point favorite against small-conference power Appalachian State, the Vols play Virginia Tech in a 'Battle at Bristol" where a record 150,000 fans are expected to attend and watch these two power programs at the Bristol Motor Speedway. A new coach takes over for legendary Frank Beamer, and Virginia Tech is rebuilding its perennial strong defense. A 3-0 start is projected after an overmatched Ohio team visits Knoxville, but the lines will be inflated despite a pair of quality opponents in their opening two games.

Then the hype will really hit as Tennessee opens the SEC schedule with Florida. The Gators have beaten the Vols 11-straight times and last year was a devastating loss for Tennessee, blowing a 27-14 fourth quarter lead and allowing a late TD on 4th and 14. But Florida lost a ton of talent, has a new transfer QB and the Vols motivation will be monumental. Tennessee will emerge victorious this season at home in a game that has a huge circle on their schedule.

"Tennessee is capable of running the table and going 12-0."

The next three games on Tennessee's schedule should determine whether the Vols will eclipse their season win total and have a shot at pushing towards the SEC title BSC playoffs. Tennessee travels to Georgia and Texas A&M in back to back weeks before hosting Alabama.

Georgia has a new head coach in former Alabama assistant Kirby Smart. That game is currently lined near pick 'em, and Tennessee is favored near 6-points at Texas A&M. The Volunteers are a very slight favorite at home vs. Alabama.

Following a bye week Oct. 22, Tennessee will be a big favorite in each of their remaining games against the lesser teams in the SEC East.

The SEC is in a down year, most teams are replacing their starting QB, and three new head coaches take over SEC East teams. Tennessee does not play some of the best teams in the West in LSU, Ole Miss, Arkansas and Auburn. The SEC is a defensive-line activated league. The great defenses and best teams win the line of scrimmage and the battle up front, and only Alabama rates stronger than Tennessee's offensive and defensive line on this year's schedule. And the Volunteers play the Crimson Tide at home this season.

Last season 12 of the 14 SEC teams had season wins posted at 7 or more. This year there are just 7 teams lined with 7 or more wins. It's the weakest we've seen the SEC in over 5 years, and just five teams are projected to win as many as 8 regular season games.

Tennessee is 13-5 over their last 18 games with the five losses by a combined 25 points. They have to work their way through winning the close games, but the Volunteers overcame some major disappointment and adversities early last season. Following the loss to Arkansas, their third in five games, the Tennessee players heard the negative noise, clutter and distractions. But they showed their competitive character to finish 6-0 including a blowout bowl win over Northwestern 45-6. That positive momentum and mind set should carry over as the pieces are in place and the opponents are right for double-digit victories and a special season in Rocky Top.

Tennessee is capable of running the table and going 12-0 during the regular season. As long as they avoid costly turnovers and key injuries, the Volunteers should emerge victorious at least 10 times. Leadership is in place and the players have been focused on their own self-determination, becoming a better football player and becoming a better football team. Now it's time to put it all together.