The top five gambling stories of 2016 outside of North America are examined as the global gaming market continues to evolve.

The global gaming market continued to evolve in 2016. Many countries tightened up laws and tax structures and in some countries only the strongest of gambling operations have thrived. Below are the top five gambling stories of 2016 outside of North America.

For the longest time, Australia's residents were some of the largest bettors in the world, but in 1999 Prime Minister John Howard stated that he was deeply concerned about the rising problem of online gambling in the country and wanted the commonwealth to play a greater role in determining gambling laws, rather than it being left up to the states. As such, in 2001 Australia introduced the Interactive Gambling Bill of 2001 which does the following:

It should be noted that interactive gambling does not include sports or horse racing, so effectively it was just a crackdown on potential online casino gambling in the country. 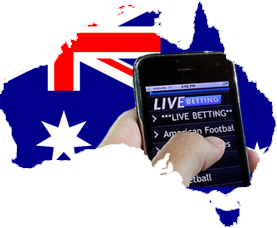 Also in-play wagering is banned on the internet, but is legal over the phone.

Despite the law, companies have been finding a way around the laws or simply offered their services to Australian residents without regard to the law. As is the case with U.S. facing companies, many operators do not believe they are bound by the laws of Australia if they are operating from another jurisdiction and website blocking tools have proven ineffective. Consequently, companies like PokerStars, along with many casinos, have been able to cater to Australians without any interference. More concerning of late is the ability by Australian based subsidiaries of UK companies like Bet365 and William Hill to offer in-play wagering.

To circumvent the Interactive Gambling Bill in-play wagering is done via apps on smartphones and computers, where a customer clicks on an app which dials to the website via a Skype-type application where the bet is taken. The government argues that because it uses the Internet it is illegal, but the companies argue that it is done via VoIP, which is legal.

The Australian Federal Police were called in to determine if companies were violating the law, but the police said they did not see any laws being broken, so the companies weren't charged. Thus, in 2016 the Australian government decided to amend the Interactive Gambling Act of 2001 to include in-play digital betting - including the methods being used by the aforementioned companies. In addition, they decided to also implement new methods to try and block "illegal" offshore gambling companies that they claimed were breaking the law. It is uncertain how exactly they are going to achieve this but naming the companies and their owners in an effort to shame them and attempts to block access to the websites where possible were put on the table.

4. The changing fortunes in Macau

After a year of declines in gambling revenue, things turned around for Macau at the end of 2016, when it recorded four consecutive months of growth. Speculation is that much of the revenue growth was attributable to the openings of two large resorts, the Wynn Palace and Sands Parisian, which attracted new clientele to the island, although other factors are believed to have contributed to the growth as well. 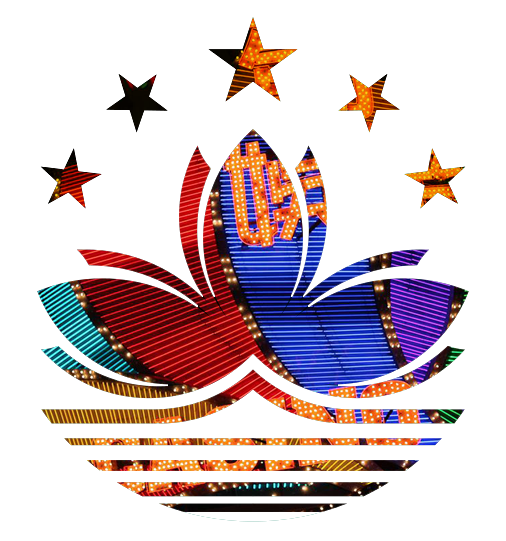 In particular, a better connection via new infrastructure between mainland China and Macau is believed to have brought in many customers who were reluctant to use the old methods. Also, new regulations ordered by Beijing that cut down on corruption and crime also enticed more mainstream gamblers to try out the casinos in Macau. The new regulations required a refocus from high rollers to ordinary gamblers, who may not have bet as much, but whose profitability was more predictable. For the longest time, most of Macau's revenues came from high rollers, known as VIPs and from junket operators who cut deals with local casinos to get a share of the revenues derived from those VIPs they brought in. The problem is that the junkets were often run by less than reputable individuals and were involved in providing VIPs prostitutes and drugs, which made Beijing want them kept on a tight leash. Also, many of the junket operators were also gamblers themselves who made side bets with the customers they brought in. High rollers bet a lot of money but they also demand a lot of perks, and in the long run, casinos make less money from them than they do with regular bettors. Las Vegas learned that in recent years and stopped catering to whales and have cut way back on freebies handed out to the larger bettors.

Not surprisingly, with this cutback many VIPs have abandoned Macau and revenues from high rollers have plummeted, which many analysts said is still a concern. But the increase in other revenues has more than offset that. Per S&P predictions, revenues will increase in Macau by as much as 10% in 2017.

Last year Germany's convoluted online sports betting plan which aimed to hand out 20 licenses, mostly to German companies, was shot down after several companies who lost the bid for a license, including Bet365 and Victor Chandler, appealed to the EU, which agreed that Germany's licensing scheme did not fit with European licensing standards and wasn't transparent. As well, the Sports Advisory Board (which is made up of German interests including sports teams) indicated that they weren't happy with the 20 licensees and courts all over Germany indicated that they wanted a more transparent process. As such the German government halted the 20 licenses and said they would start the process anew. In the meantime, all online gambling that was not sports continued to be illegal.

In early 2016 the state ministers agreed to double the number of licenses to 40, which would allow the companies that were shut out the opportunity to receive a license, but more recently the states agreed to a new treaty that wouldn't cap the number of licenses. A press release issued during a conference of the 16 heads of government held in Rostock-Warnemünde, stated:
"Changes to the State Treaty on Gaming: The limitation of concessions for sports betting from 20 should be abolished. In the future concessions should based on qualitative minimum standards."

The press release also stated that the government was going to ask the authorities to examine more closely the decision not to allow online gambling for other entities, specifically lotteries and casino gambling. This doesn't mean that the government is changing its mind on allowing online casinos, but it is an indication they are leaning in that direction.

Not surprisingly, after this announcement many German sports operators and gambling companies indicated the decision could force them out of business, since they would find it difficult to compete with the offerings of other U.K. gambling stalwarts like Bet365 or William Hill. There is no doubt that this story will continue to evolve in 2017.

Russians love to gamble and sports betting has been very lucrative. In 2016, however, Russia decided to increase revenues by effectively charging ridiculous fees and taxes and by blocking ISPs to Russian residents. The increase in the fee to the government was about 100x the previous charge (from around $400 per month to almost $40,000) and the government also charged a 10% tax on all online sports bets, including 1% of revenues to be given to Russian sports federations. This same tax is what drove UK sports betting operations offshore, since they said that no bettors were willing to pay a tax on winnings. Because of this announcement several Russian bookmakers folded operations and the ones that remained told the government that their scheme was unfair and would kill all sports betting in due time, because the government doesn't understand the intricacies of the industry.

In an effort to help the bookmakers, the Russian government started blocking all online gambling IPs, including stalwarts like Ladbrokes, Bwin.Party, 888, Pinnacle Sports and effectively any offshore company that had Russian customers. In fact, to date over 1,000 IP addresses of offshore operators have been blocked, including not only gambling websites, but also payment processors, affiliates and advertisers. And as everyone in the U.S. is aware when it comes to hacking websites and blocking access to websites the government doesn't want citizens to see there are none better than the Russians.

When Philippines president Rodrigo Duterte was sworn in at the end of June he announced he wanted an end to online gambling in the country, catching everyone off guard. Duterte claimed that there was too much gambling taking place and it was making Philippine residents unproductive, since they were focused too much on gambling. This naturally upset many Philippine residents, but also offshore companies that were operating in the Philippines to cater to the Asian market. 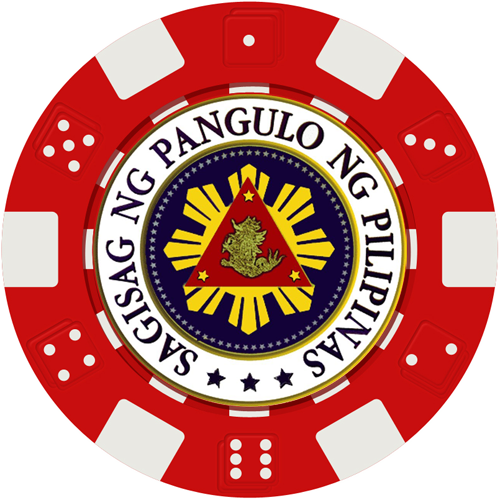 Most offshore companies operate from the Cagayan Economic Authority Zone (CEZA) which is legal per the Interactive Gaming Act of 2003. First Cagayan hands out the licences to companies that are charged a $40,000 application fee and at the beginning of 2016 there were 138 licensees per the First Cagayan website.

The Philippine Amusement and Gaming Corporation (PAGCOR) regulates all gambling in the country and was quick to announce that Duterte was referring to eGambling cafes scattered throughout the country, but also announced a new regulatory and licensing fee, where offshore operators would have to receive a license through them at a higher rate. Thus, the CEZA licenses were invalid and operations there would have to get a PAGCOR license, which they were going to call the Philippine Offshore Operators (POGO). PAGCOR also indicated that not everyone who applied for a license would be granted one and furthermore many CEZA companies wouldn't qualify based on the new criteria. CEZA asked for a 5-year period to faze out their licenses but Duterte recently told operators that if they didn't have a PAGCOR license he wanted them out of the Philippines immediately.
To date 75 operators requested a license and about 30 have been handed out.

Duterte also ordered a review of CEZA after one of its licensees Jack Lam, a Macau based businessman, bragged about bribing officials in the government and at PAGCOR. Lam fled the country after he had charges laid against him and Duterte told Lam he could resume his casino operations (Fontana casino) if he returns to the country, agrees to obtain a new PAGCOR license and pays outstanding taxes. However, Lam claims he never made the bribes and likely would never return because Duterte is not only unpredictable, but also vengeful and dangerous.

For those unfamiliar with Duterte, he was elected on the promise of cracking down on crime and corruption and he executed 30 drug dealers in his first 4 days of office. He has also apparently executed other individuals that opposed him and Lam likely fears for his life if he returns to the Philippines given Duterte's track record. Duterte also shocked the world when a pretty Australian national was gang raped and murdered in the country and Duterte claimed he was disappointed because he should have been allowed to rape her first. When Duterte was challenged on it he called it a joke, similar to President-elect Donald Trump's defense of sexual harassment on the grounds it was locker room talk.

The new rules in the Philippines will have a large impact on companies around the world that want to cater to the Asian market and were relying on the country as a gateway to the far east.

For that reason, the Philippines crackdown is the #1 global gaming story of 2016.