March 1st typically begins the unofficial tanking season for the NBA, but surely not for bettors looking to cash in.

Under the watchful eye of sports books and bettors, tanking in the NBA may be a thing of the past

The beginning of March could not offer two more different basketball perspectives between the NBA and the NCAA. In college basketball, it's an exciting time for every team to win at all-costs to secure the best possible tournament bid or a precious position for all those "on the bubble". While, sadly, the NBA grinds into the final six weeks of the regular season with a high percentage of playoff teams and positions already decided.

Those left out of reach are designated to the unofficial status of "tanking" for the remainder of the season  in hope of obtaining best potential position for the NBA Draft lottery. This year offers an even bigger incentive, with Duke star Zion Williamson perhaps the highest rated player for the draft available since LeBron James.

Though both the NBA and the NCAA quite differ on their paths to their regular season finish, they do have something in common. They both are equally challenging and often frustrating for bettors making point spread selections, and surprisingly, even straight-up winners for NBA teams assumed to be tanking (code for purposely losing) their way toward a potential favorable draft selection.

The Price of Integrity

Credit foresighted NBA commissioner Adam Silver and his early crusade to introduce a 1% integrity fee to accompany legalized wagering in the U.S., helping to amplify the spotlight on teams not laying down the last two months of the regular season. Yes, Silver does deserve an enormous amount of respect being the first major sports commissioner to bravely cross the line encouraging PASPA (the Professional and Amateur Sports Protection Act) to be revoked by the Supreme Court last May. He vehemently wants to insure every game will be rigidly enforced for honesty and integrity. Important considering bad publicity from the Tim Donaghy scandal in 2007 that still clouds the league today.

Although integrity fees have not been formally introduced, look for this concept and his pledge to be subtly enforced. The commissioner and his deputies will be keeping their eyes on the point spreads, plus the over/under totals, as every NBA game advances toward the regular season third week of April conclusion.

There are perhaps other more important risks at stake. The NBA now has included lucrative partnerships with high focus casino corporations like MGM Resorts, plus gaming brands including DraftKings.  Individual teams like the Philadelphia 76ers were among the first to sign their own deals, with many more expected as state legislation rolls out in the upcoming months.

Most thinking about a potential scandal are more worried about the NFL. That paranoia has been dramatically increased by their commissioner, Roger Goodell and his consistent objection to legalized U.S. sports gambling.  But no doubt it would be the NBA that would be most hurt by any "funny business" occurring on the hardwood. Adding to that, basketball traditionally being the easiest game to manipulate or fix by a referee, coach or individual key player. Therefore, the concept of tanking, not trying 100% or losing on purpose has become more unacceptable now than ever.

Sportsbooks to the Rescue

The good news for the NBA is the odds makers and their superior watchful eye will remain there to protect you. Perhaps the most trustful source being the core of preferred offshore sportsbooks, where the largest and most diverse amount of dedicated wagering dollars are deposited. Any hint of unusual wagering activity is more noticed than foreign nuclear threats at the Pentagon.

Sensing any opportunity to lose intentionally or gain from any specific situation is met with initial Lamborghini speed by top sportsbooks like Bovada, BetOnline, SkyBook and YouWager. From opening line to opening tip-off, it is virtually impossible to severely benefit or exploit any personal thinking of an opportunity.  In other words, "they thought of it before you did".  Beyond inside knowledge of say, Anthony Davis will only play 10 minutes of a game or another NBA referee will be risking his career, expect relative balanced wagering. Still, the universal rule of always shopping among all top online sportsbooks for optimum value remains wise. 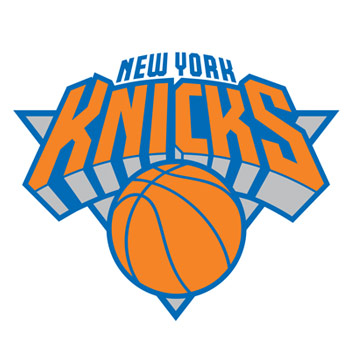 Early evidence of no tanking allowed appeared the past week with the New York Knicks huge two game winning streak, including an amazing win at the Garden. Then, the Phoenix Suns impressive victory on the road in Miami. And despite a seemingly mandatory league rule, it’s possible the Lebron LA Lakers may NOT even make the playoffs. Covering the point spread is one-thing, but cynical straight-up money line players on the favorites may never recover from recent baths.

Ironically, if any team could be accused of tanking it, put the submarine label on the Golden State Warriors.  Early in the NBA season it was apparent the Warriors would not get relatively close going Over their initial Win Total of 63-64 games, popular at most preferred sportsbooks. Evidently, several players took the pill before Xmas, unfortunately accepting the Warriors were merely practicing for their true title renewal run once the playoffs started.

With major spotlights on both the NBA basketball courts plus the U.S. betting windows, there is just too much to risk now. Again, thank the commissioner and his progressive thinking toward legalized U.S. sports betting enhancing popularity of the game. We applaud him. Add in the potential to add integrity revenue, plus the burgeoning corporate sponsorships between the league and casino partners that would have been unheard of in years past.

Yes, if you choose to wager the NBA this year, the last regular season game will be as equally challenging as the first. Offer me an easy solution "lock" in March or early April and I say, no tanks.