Every few years a city dominates in major sports winning two or three different championships and Philadelphia, Toronto and Boston are this year's hot sports cities.

Boston, Philly and Toronto are on major sports rolls

Every few years a city dominates in major sports winning two or three different championships. Boston and Pittsburgh were the most recent cities to do so, although New York and Los Angeles are the cities most noted for having "dynasty" type years. This year three cities are hoping to be the city everyone talks about for the 2017-2018 season. 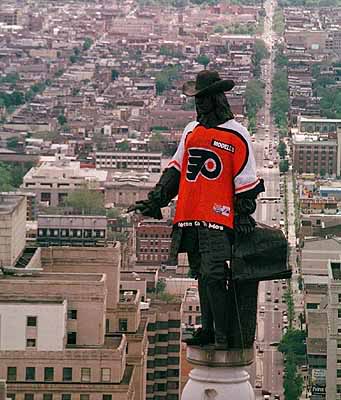 The Philadelphia Eagles shocked everyone by beating the New England Patriots in the Super Bowl and then the city was rewarded with an NCAA basketball championship after Villanova dominated Michigan to take the title. The city's NBA and NHL teams, which have struggled in recent years, also made the playoffs and while it's unlikely either will take a title, they could make it interesting if the cards play out right. The Flyers were 20-1 outsiders to win the Stanley Cup and the odds went up considerably after a 7-0 opening game loss to Pittsburgh. Nevertheless, the Flyers finished with 98 points in the season (only 2 points behind Pittsburgh) and they dominated the last 2 games of the year to clinch a playoff birth. They also won 6 of their last 10 games. Claude Giroux has been exceptionally hot and has to be considered as an MVP candidate after finishing second in points behind only Connor McDavid and a healthy Wayne Simmonds can be one of the most dominating players in the league. The one Achilles Heel for Philadelphia is goaltending, as Brian Elliott was quite shaky at times.

In the NBA, the 76ers seem to have finally returned as a team to be reckoned with. Aside from a 52-30 record, only 7 games behind the Raptors, the team finished with a team record 16-game winning streak. They take on the Miami Heat, who won a weak division and struggled down the stretch, in the first round. The 76ers did this despite injuries including Joel Embiid who had to undergo eye surgery. The thinking is that Embiid will miss one or two games but will be healthy if the 76ers make it to the second round. Nevertheless, the 76ers big strength is their defense and shot blocking and, on that front, the 76ers are completely healthy. The 76ers are +1650 underdogs to win the NBA championship at reuced-juice sportsbook 5Dimes, but are third choices at 5-1 (only behind the Cavaliers and Raptors) to win the East conference. 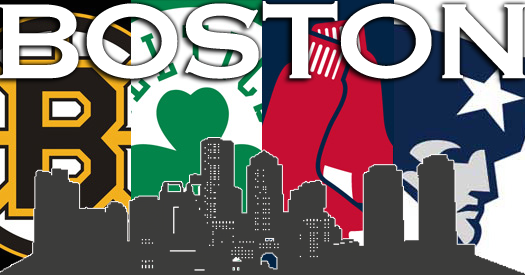 Another city hoping for a dominating year is Boston. The Patriots had the best record in the NFL and could have won the Super Bowl if not for a late Tom Brady fumble. And, of course, the Patriots won the Super Bowl in 2016. In baseball, the Red Sox made it to the AL championship with one of the best records in the league and in 2018 they clearly have the best team in baseball both on paper and in the early standings. In basketball, the Celtics have turned things around dramatically finishing second in the East behind the Raptors, but key injuries have hurt them, especially to Kyrie Irving who has undergone knee surgery. Nevertheless, they play Milwaukee in the first round, a team they have always handled, and, as has been seen in recent years, aside from the Golden State Warriors and Cleveland Cavaliers the rest of the league is always a toss up and upsets abound.

Boston's real opportunity to add to the Celtics and Red Sox success is with the Bruins. The team finished only 1 point behind the Tampa Bay Lightning in the Eastern Conference and were one of the hottest teams at the end of the year. Brad Marchand and David Pastrnak are two of the league's most proliferant scorers and David Krejci always excels at playoff time. And Tuuka Rask has to be considered one of the best goalies in the league. The Bruins will have a tough series starting off against Toronto, but after that . . . look out. The Bruins are only 6/1 to win the Stanley Cup and 3/1 to win the conference at Bookmaker.eu, the Celtics are 70/1 to win the NBA Championship and 20/1 to win the conference  at Bovada.lv and the Boston Red Sox are 10/3 co-favorites to win the 2018 World Series at several UK shops. 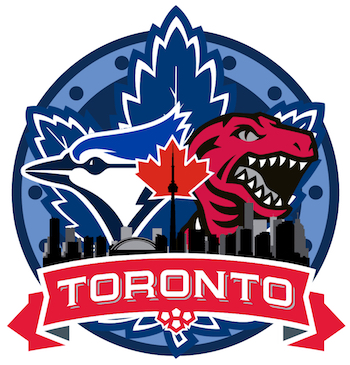 The last city looking for a year to remember is Toronto. The Argonauts provided a big upset winning the Grey Cup (the Canadian Football League Championship). This was followed up by an MLS soccer championship, with Toronto FC defeating Drew Carey's Seattle Sounders, and for the first year in recent memory both the Maple Leafs and Raptors have a chance at glory. The Leafs finished the year strongly and have two of the most dynamic young scorers with Auston Matthews and Mitch Marner, plus James van Riemsdyk has been on fire, finishing with 35 goals and averaging a goal a game in the last 2 months. Leafs fans are still remembering the 2013 series against Boston when they gave up a 4-1 lead in game 7 with less than 10 minutes to play, but the 2017-2018 Leafs are less sloppy than that team and more importantly Frederick Anderson is a far more reliable goalie than James Reimer was. If the Leafs can get by Boston in the first round they have winning records against all the other contenders, including the favorite, Tampa Bay. The Leafs are 25/1 to win the Stanley Cup and 12.5/1 to win the Eastern Conference. at Bookmaker.eu.

But the team really exciting Toronto fans is the Raptors. The team's 59-23 record was best in the East and second only to Houston in the league. The 112-point average per game puts them 2nd in the league and the 13.8 three-point average per game is among the leaders too. DeMar DeRozan and Kyle Lowry are arguably the best 1-2 tandem in the league and the bench is exceptionable. The Raptors have proven this year that they can beat the Cavaliers and they defeated Houston 108-105 in March to snap Houston's 17 game winning streak. And against Golden State the Raptors overcame a 27 point deficit, losing in the end by just a bucket and making some players say Toronto is the team they do not want to face in the finals. The Raptors are 9/1 outsiders to win the Championship but only 3/2 to win the Eastern Conference.

The energy of winning a championship can propel other teams from that city to glory. It will be exciting to see if any of these three cities can keep their roll going in the NHL and NBA playoffs.