A look inside the report that Triple Crown winner Justify failed a drug test prior to the Kentucky Derby and why it has taken so long to come to light.

A failed drug test was hidden for the Triple Crown winner

Last week the New York Times reported that Triple Crown winner Justify was deemed to have an excessive amount of the drug scopolamine in a sample taken after the Santa Anita Derby, an important prep race leading up to the Kentucky Derby. In a year for horse racing that has more bad stories than good, the Times' piece highlights much of what is wrong with racing today.

Scopolamine treats motion sickness and gastrointestinal upset in humans, but in horses the drug acts as a bronchodilator and can improve a horse’s heart rate, thus allowing the horse to run better. The drug is classified as Class C by the Association of Racing Commissioners International (ACRI), with Class A being the most egregious.  While a Class C drug is considered to be a minor violation of the rules, ACRI rules in 2018 still said that if a horse tests positive for a Class C drug in a post-race sample then that horse is to be disqualified and the owner should lose the purse money. If that happened at the Santa Anita Derby, then Justify would not have been eligible for the Kentucky Derby, since he needed to finish first or second at Santa Anita to qualify. The ACRI rules also state that the horse would be required to pass a commission-approved examination before being able to run again.

The California Horse Racing Board (CHRB), which obtained information about Justify's positive sample, apparently gave the results to trainer Bob Baffert prior to the Kentucky Derby and Baffert asked for a split sample to be taken to prove the accuracy of the results. After finding that the sample was positive, the CHRB announced that a complaint would be filed and a hearing would be held into the positive result. But, by all accounts, neither happened. And in August of that year the CHRB dismissed the case against Baffert altogether in a closed-door meeting. The report by the New York Times, which suggests the CHRB buried the results of the test, has many in the horse racing industry shaking their heads and asking what is going on. 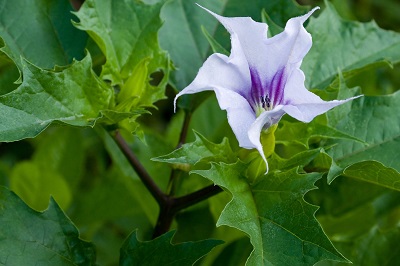 Of course, this story is also being released at a time when California horse racing is reeling from bad publicity due to over 30 horse deaths at Santa Anita Park, which required the track to be shut down for almost a month, and after years of horse deaths at Del Mar. The CHRB has tried to defend their decision not to disqualify Justify or pursue a hearing by saying that scopolamine is a naturally occurring substance in jimson weed and that Bob Baffert did not give this to the horse to help its performance, but it was simply cross contamination with the horse feed. The CHRB stated that six other horses, in other barns, at the time also tested positive due to contaminated feed.

Chuck Winner, the former head of the CHRB, issued the following statement after the New York Times article came out.

"It is most unfortunate that the correct decision by the CHRB to not pursue action due to what was clearly a case of environmental contamination has been badly mischaracterized. All possible tests and procedures and investigations were followed by the CHRB Equine Medical Director and senior staff, which led to the overwhelming evidence that Justify, along with six other horses in four different barns at Santa Anita, ingested scopolamine from Jimson Weed which was present in the hay that had been delivered to the barns.

Furthermore, under ARCI guidelines scopolamine is a class 4c substance, which would not trigger disqualification or re-distribution of a purse. Under CHRB Rule 1843.2 classifications are based on the ARCI guidelines, unless specifically modified by the Board. The Board never modified that designation.

Beyond that, the whole premise of the story is false on its face. As stated in the story, the split sample that confirmed the presence of scopolamine did not come back from the independent lab until three days after the Kentucky Derby.

California law mandates that test results must remain confidential unless and until a complaint is filed and a complaint can only be filed at the end of an investigative process.

The California Equine Medical Director, the CHRB staff and the investigators followed all correct procedures in this case. When the Board was presented with all the facts it correctly voted to affirm the staff recommendation. It would have been a complete miscarriage of justice for the CHRB to have taken action against Justify or Baffert, knowing full well that the horse was poisoned by an environmental contaminate and not injected with a substance."

Many people in the industry do not buy Winner's argument and said that had the CHRB followed its own directives correctly, then Justify's result in the Santa Anita Derby would not have stood. Ed Martin, President of ACRI, suggested that the CHRB had every right to say jimson weed was a mitigating factor and thus were choosing not to disqualify the horse, but they never did so and instead seemed to hide the results until after the Belmont Stakes when Justify retired to stud, perhaps hoping the infraction would never come to light.

Cross contamination as a valid excuse

Regardless, it still brings in the question of whether cross-contamination is an acceptable excuse. In any other sport when someone tests positive for a banned substance they are required to sit out and even go through a rehabilitation program before they are allowed to compete again. And it is hard to find any cases where a sport’s governing authority accepted the argument that a person is not guilty of an infraction because they took the sample by mistake.

There have been several instances where Olympic athletes have said they did nothing wrong, but it fell on deaf ears and the athlete was disqualified. And in baseball, the MLB has never bought the argument that performance enhancing drugs found in a player's blood sample were there by accident. One famous example of a governing body not buying the argument happened to Canadian rower Silken Laumnann around 15 years ago when she was disqualified and all her medals were stripped along with teammates in the relay after she was found to have pseudo-ephedrine in her blood sample.

According to Laumann she had a cold and approached her coach and asked what she could take legally to fight the cold. Her coach suggested Benadryl, but when Laumann went to the pharmacy she bought Benadryl-D, which has pseudo-ephedrine in it. Every expert agreed that it was an honest mistake and wouldn't have helped her in the rowing events, but the Olympic committee stated that rules are rules and disqualified her and stripped her of the medals. And more recently, tennis star Maria Sharapova was banned from tennis for a period for taking meldonium, which she used for a magnesium deficiency as prescribed by her physician. The drug only became part of the prohibited list the year prior, but the WTA didn’t care because again rules are rules. And one would need a calculator to count the number of athletes who have been disqualified for taking cold medication that they had no idea had ingredients that weren't allowed.

But a horse racing analyst I spoke to suggested there were other reasons why the CHRB's decision isn’t warranted. He said that while six horses in other barns were found to have ingested feed with scopolamine, Baffert had no other horses that tested positive at the time, even though all horses in the barn would have been given the same feed. He said that makes no sense. As well he suggested that the amount of scopolamine found in Justify's sample was far too high to be there by accident. And lastly, and most importantly, he suggested that prior to this incident with Justify, the CHRB disqualified many horses and fined trainers for the exact same infraction. He said they set a precedent and, in this case, simply chose to ignore their own rules, which is not acceptable.

What’s even more concerning, is that in October of 2018 the CHRB changed the rules on scopolamine to reduce the penalties on those found guilty so they would not be disqualified. Several in the media and horse racing industry say this only more indication that the CHRB has tried to cover up the incident by changing the rules after the fact. But that obviously never flies. Several states have legalized marijuana but that doesn't change the fact that prior to legalization, those who were caught using it were still guilty of possession because at the time it was against the law. The change only applies to cases going forward.

So why would the CHRB try to bury the positive result and why do they continue to defend the decision today? The answer seems pretty obvious.

The industry needed a feel-good story and Justify's Triple Crown win was a huge one at the time. Admitting the Triple Crown win was tainted would paint both the industry and the CHRB in a bad light. As well, Bob Baffert is the biggest name in all of horse racing and it seems the biggest stake winners in California are trained by Baffert. When a Baffert horse wins the Kentucky Derby, California racing gets a gold star. The feud between New York and California over which jurisdiction produces the best horses has gone back to the days of War Admiral vs Seabiscuit and that rivalry still exists today. Horse racing in New York received a black eye after Rick Dutrow was banned for 10 years for horse racing violations and more recently Santa Anita banned trainer Jerry Hollendorfer after 4 horses under his care died at the track. To even put Baffert on the same page with them would be extremely detrimental to California racing.

So, the racing industry is once again trying to defend itself in a year that has been one to forget. The horse deaths at Santa Anita, the questionable disqualification of Maximum Security in the Kentucky Derby, and a virus that led to the cancellation of horse races in England for almost a month has many wondering what other bad news could come to light. That occurred last week with the revelation that Justify won the Triple Crown when he likely shouldn’t have been in those races at all. The CHRB may believe they made the right decision, but the owner of Bolt D'Oro who finished second to Justify in the Derby, along with the third-place finisher in the 2018 Santa Anita Derby don’t agree. In fact, the owner of Bolt D'Oro has indicated he plans to launch a lawsuit against the CHRB for hiding the scopolamine findings. Churchill Downs has tried to back Baffert and the CHRB by saying that Justify's blood sample was clean in tests prior to the Derby and afterwards, but for those who believe the rules are the rules, they will say that isn't a viable justification at all.