The High Cost of 'Integrity' to Bet on Sports in America

States are lining up for sports betting and the professional leagues are already specifying terms, making demands and creating grossly unreasonable figures, despite the fact that the Supreme Court has yet to rule on PASPA.

Does the NBA and MLB have YOUR best interests in mind before placing sports wagers in the future?

From a casual to a daily sports bettor, all have experienced what is now commonplace to be known as a "bad beat". That agonizing feeling of losing a wager at the last second of a game. Not often by feeling you bet the wrong side but by sheer happenstance that luck has conspired against you to fail.

Whether it be a football, basketball or baseball game it does not matter. Anyone who is a horse bettor has faced a lifetime of it. And listened to a colorful chorus of old men at the race track screaming four letter words in frustration every two minutes of their bad beats. It's a reality of wagering life. When you put your money down, there is a non-debatable risk attached. But does any bettor agonize they're being CHEATED or worse quit believing that all sports are inherently dishonest? I doubt it.

The NBA and Major League Baseball seems to believe you might and wants to charge you to protect you from worrying about it. 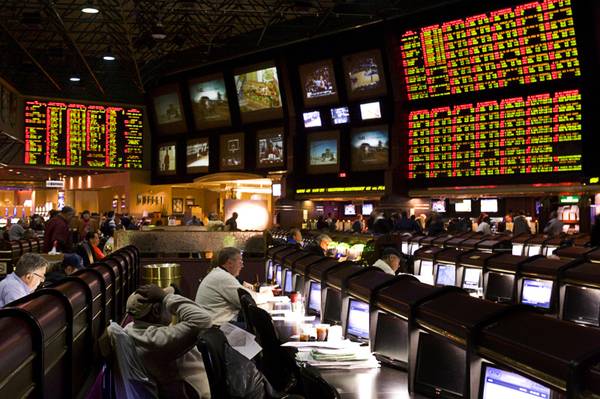 New to the Dictionary: Betting Integrity

In checking dictionary.com the word "integrity" is defined as adhering to moral and ethical principles; soundness of moral character and honesty. Perhaps if we experience PASPA (Professional Amateur Sports Protection Act) overturned in the coming months, we'll see an addition to the dictionary known as "betting integrity".

That will be defined as the proposed 1% fee NBA Commissioner Adam Silver has proposed added to for federal legislation to be applied to every sports wager to protect the honesty, fairness and equitable protection of your betting investment. All leagues will have strict guidelines and monitoring programs in accordance. In addition, through sophisticated software from state of the art gaming industry firms including SportRadar and Bet Genius, a protective agent will be in place to audit all wagering transactions along with strict league compliance.

Last week he offered his first public comments on the subject since the NBA outlined a model framework for a legal sports gambling marketplace on Jan. 24, Silver noted that the league should also be rightly compensated for the enormous additional expenses it could incur, if the Supreme Court reverses PASPA.

In explaining and justifying his stance Silver noted, "I would only say from the NBA's standpoint we will spend this year roughly $7.5 billion creating this content, creating these games," He went on to say at an NBA All-Star Weekend press conference. "Those are total expenses for the season. So, this notion that as the intellectual property creators that we should receive a 1% fee seems very fair to me."

The excellent news is Major League Baseball is quietly joining the NBA is coming forward to support legalization of U.S. sports betting. While the NHL remains icy and the NFL seems still rigidly opposed to reversing PASPA, the NBA is proactive in sending a message to the Supreme Court prior to their ruling that they are willing to play along and cooperate. However, by their own rules and by their own financial standards.

One of the mandatory rules the NBA is insisting upon is this would be part of a federal program and not subject to any individual state law. That's part of the bad news in that before any SCOTUS decision is made, they are already specifying terms, making demands and creating grossly unreasonable figures.

The other lightening rod of this situation is a mad rush of state legislation in hearing what the NBA and likely other sports leagues will demand as part of any "integrity fee" upon legislative judgement. At least five states, including West Virginia, Iowa, Missouri and others have rapidly created bills with their individual taxes, exemptions and fees. In creating an analogy, it would be like "planning a wedding before even asking a girl out on the first date".

The proposal, which has been receiving daily publicity has been met with resistance from major sports books and gambling industry trade groups, which have clearly proven the exorbitant fee could imperil the lifeblood of theiroperations. As an example, for a typical Nevada sports book that pays a top state tax rate of 6.75% of gross gaming revenues plus a 0.25% federal excise tax, the 1% payment to any professional sports leagues could amount to approximately 15 to 20% of its annual revenue. A loss in comparison to wagering economics for any casino game.

When asked whether the NBA would consider tying the royalty to an operator's sports gaming revenue instead of its overall handle, Silver said the NBA would be open to negotiating to come up with a mechanism for achieving a "fair result." In other words, what will the casino industry come back with that would be suitable. Also, expect in the coming weeks the term "royalty fee" to potentially replace "integrity fee". A better marketing concept for sure in case of a future potential scandal or should a publicized problem occur. No refunds for a crooked NBA referee or a missed point shaver in a pre-season game.

Fueled by cooperation from the NBA and MLB, many states have taken aggressive action jumping on the bandwagon adopting their own sports wagering bills with their own rules despite what comes next from the SCOTUS decision.

Indiana, Illinois and Missouri have created a framework to include anywhere from .25% to1% integrity fee within their own legislation for sports betting. Other states like Pennsylvania, Iowa and especially West Virginia have balked at the 1% fee, but have instituted individual rules laid out within their legislative bills. In summation, a hypothetical mess before we have an initial ruling on a very complicated FEDERAL appeal case involving legislation from 1992.

The overall feeling here is like a very rich Grandad getting ready to die any moment with many speculating their inheritance before knowing any contents of the will. Please, let's check his pulse first and maybe speak with the lawyers before planning to buy that Mercedes or go yachting.