The Betting Scene: Why the Price of the Cryptocurrency Doesn't Really Matter

The sharp drop in the price of Bitcoin this week has some players on edge, but there is no cause for concern.

Players who have bet on sports online for several years can recall a time before the passage of the Unlawful Internet Gaming Enforcement Act (UIGEA) when they could send and receive hundreds of dollars via Western Union, use online wallets like PayPal and NeTeller to send and receive funds and get paid out thousands via check or bankwire. And though some of these options are still available in today's online gambling marketplace, the main methods to send and receive money to an online sportsbook is via cryptocurrency, specifically Bitcoin.

The Price Fluctuation of Cryptocurrency

The world is still really trying to sort out the value of digital currency and thus there are often enormous price fluctuations in Bitcoin, and the smaller coins all follow the grand daddy of crypto. This past week Bitcoin (BTC) dropped from 10K+ per coin on September 22 to just over $8000 per coin as of this writing, 5 days later. This type of price fluctuation is scary and is one of the biggest reasons online players have stayed on the sideline and not made the switch to crypto. But fear not, it's not as bad a losing $2000 in a few days.

Players should realize, that unless they get unlucky and caught right in the middle of a big price drop, the price of a single BTC really should not matter and here's why.

Players should be using a Bitcoin wallet just like the previous use of cash wallets like NeTeller or PayPal. Buy the amount of coins that correspond the to money being sent to an online sportsbook. Once purchased, it should be immediately transferred to the sportsbook or casino. So, if you want to deposit $500 at a sportsbook, and the price of BTC is $8000, simply purchase .065 BTC. Once you have the coins, immediately go into the wallet and send the BTC to the sportsbook. Even if there is a slight fluctuation in price, it will have minimal impact and probably cost less than some deposit fees years ago. 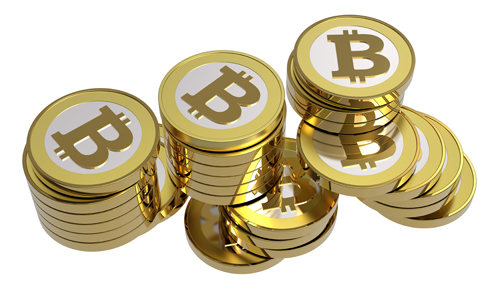 The same thing applies to getting a payout, and this is where the price of BTC matters a little bit more. That's because when players are sending money to fund a sportsbook account, they control when and how fast dollars get converted to BTC. But when players get a payout, the sportsbook or casino controls when the BTC is bought and sent to the player. So, players must remain diligent. Once a payout is requested via BTC, players just stay on top of emails and check their cryptocurrency account frequently. As soon as the BTC payout is received, players should immediately sell it and turn the coins back into cash. This will avoid most price drops.

We did get an email from a player this week that outlines this problem. He cashed out $750 via BTC on Monday. The transaction was approve and sent Tuesday afternoon, when the price of Bitcoin was at about $9500. The player did not realize that he had been paid out until Wednesday morning, when BTC had dropped to just over $8400.

The player was paid out 0.0788 BTC, worth $750 at the time. By the time he cashed it out, it was was worth $661, costing the player nearly $90 or roughly 12%. Quite high, so we did get involved. And, since the price dropped so suddenly in such a short period of time, the player was compensated by the sportsbook in the form of a free play for $75. Had the player cashed out the BTC within an hour of being paid, it would have cost him less than $20, despite the price drop and far less than the price of a MoneyGram or check payout.

TIP: To avoid getting dinged in the transfer of funds from cryptocurrency to dollars, players should never leave the coins in their wallet for more than a few hours.

The Wrong Address or the Wrong Coins

There are really only two ways that a player can get burned using cryptocurrency as a funding and payout method for online gambling. If they send to the wrong crypto address or they send using the wrong coins.

Because of the way that all crypto currencies are designed, the address or hashes are specific and cannot be reversed. If a player mistypes (or doesn't cut and paste) a Bitcoin or Litecoin address and sends the funds to an address that is not under the control of the sportsbook or casino, those funds are essentially lost. Sending to an incorrect address is akin to sending a money order to the wrong address. Once its signed, delivered and cashed, there is nothing that can be done to retrieve the funds. The same applies to a crytocurrency address.

And this is not really the sportsbooks' problem. If you give them an incorrect address to use for a payout, or you do not use the exact hash they supply, then the funds are essentially lost. Some sportsbooks, depending on the player (loyalty, value, etc.) and the amount of the transaction, may help a player out. But, this is a login proposition for the online operator and usually there is nothing they can/will do.

TIP:  Triple check all addresses being used to send or receive funds. Once the cryptocurrency is sent, it cannot be retrieved.

The same thing applies to using alt coins. We had a player contact us because he sent Bitcoin Cash to a Bitcoin address. The problem: Bitcoin generates the same address for both types of coins and sorts out the funding depending on the type of coin being sent. 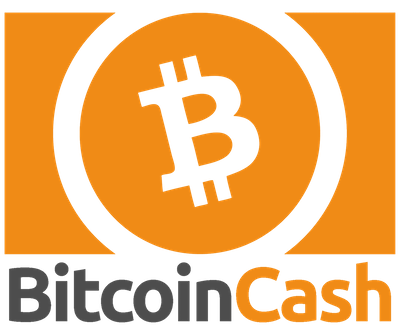 This player was used to sending Bitcoin Cash to Bovada and had been using them for some time. He wanted to grab a bet that wasn't offered at Bovada at another sportsbook. He got the address to deposit BTC and without thinking it through, transferred Bitcoin Cash (BCH) instead. Since there are corresponding addresses, the money is still sitting at the BCH address and is also irretrievable.

Again, sportsbooks and casinos most likely will not get involved in sorting this out. We were told by one very reputable operator that their crypto processor has told them to not ask about trying to receive the wrong type of currency again. It can't be done.

For the most part, cryptocurrency has been great for online operators and players alike. But players must keep in mind to be very careful when sending crypto transactions, as they cannot be reversed. And the fluctuation in the price of BTC, BCH Litecoin or any of the alt coins, should not be a concern, unless in addition to being a gambler, you are a day trader.

Check back every week for The Betting Scene, as we will highlight new items of interest in the world of online sports betting.