Sometimes you can fall victim to your own props. And somebody seemed to have some inside information related to one of the BetOnline Super Bowl props regarding the national anthem.

When you put up a lot of props for the Super Bowl, you are covering a lot of ground.

BetOnline has found that out during Super Bowl week, and it has caused them to pull down a prop that looked as if it was subject to some "inside information" that caused the action to move almost exclusively in one direction.

The over-under for the length of the national anthem at the Super Bowl was two minutes even.

Our information is that the anthem was going to be a duet between R&B star Jazmine Sullivan and country singer Eric Church. And some unusual wagering patterns were reported. 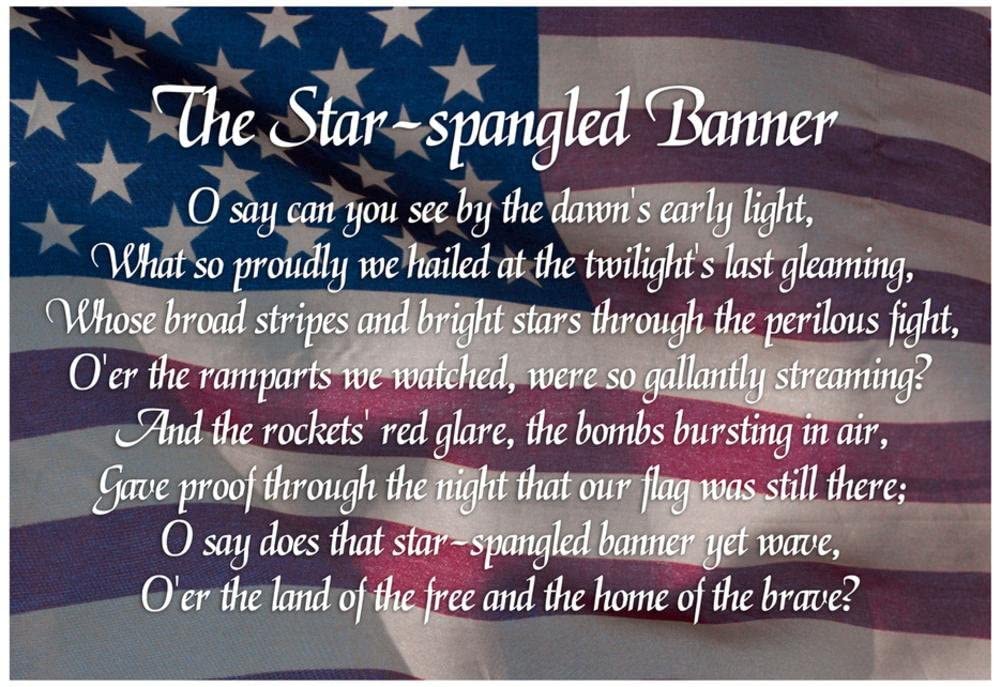 On Saturday, the "under" was being hit very hard, which brought the over-under down to 1:57, obviously to encourage wagering on the other side. Well, that is exactly what happened. So the number went back up to two minutes.

At that time, bets in drives come in again, and it wasn't to drive the number back down again, but instead wagered on the "over." And it kept going, and going, and going.

And it got to the point where the prop has been taken down altogether. What's more, other sportsbook outlets have done the same.

When that happens, you know there is something highly unusual that is going on behind the scenes. In this particular case, it is suspected that there were people present at the national anthem rehearsal on Saturday who may have relayed information to others who acted on it. Then a video of the rehearsal surfaced on Twitter with a time of 2:16. BetOnline is one of the largest US-facing sportsbooks, so it would be an outlet one would turn to in order to make considerable wagers.

As of Sunday morning, BetOnline was reporting that the Kansas City Chiefs, favored by a field goal, were fetching 64.2% of the wagers and 65.4% of the money, which doesn't indicate the presence of "smart money" to the point where anything would move.

Interestingly enough, the price associated with the pointspread has changed. For example, Kansas City was -3 at -113 as of Sunday morning, but then it was moved to -105, while the Tampa Bay Bucs are priced at -115 (rather than the customary -110) getting three points.

Perhaps one reason for the shift is that Tampa Bay is getting quite a bit of money line wagering on their side. The Bucs have received 67.3% of the money line bets and 66.5% of the money line handle. Currently the Buccaneers are +135 to win the game outright, while the Chiefs are -155.

As for the game total, it stands at 55.5 points (over -115, under -105). And as of the last report, 72.4% of the wagers and 66.4% of the money had come in to support the "over." That's something that is not altogether unexpected, since public money, which largely drives Super Bowl betting, is usually impressed with great quarterbacks, such as we have here in Patrick Mahomes (Kansas City) and Tom Brady (Tampa Bay).

Get in on over a thousand props at BetOnline, where they make it fun to watch the Super Bowl like no one else can...... And you can do live betting to keep yourself in the action all the way..... They give you the opportunity to be involved with a couple of contests as well, and there is still time to enter – the Score Predictor and the Props Predictor can each give you the opportunity to garner your share of a $10,000 prize....... They offer so many ways to open up an account, including cryptocurrencies like Bitcoin, so there is no reason you can't be knee-deep in the activity by the time they kick things off!