A look at the storied history of the Travers Stakes, set to run for the 148th time this Saturday at Saratoga Race Course.

Legends of Racing Have Made Their Mark in the Travers

Known as the "Midsummer Derby", the Travers Stakes has been run at Saratoga since 1864. The race has always been named after William R. Travers, president of the Saratoga Racing Association when the race was founded. The Travers is for 3-year-olds and contested every August at Saratoga Race Course. 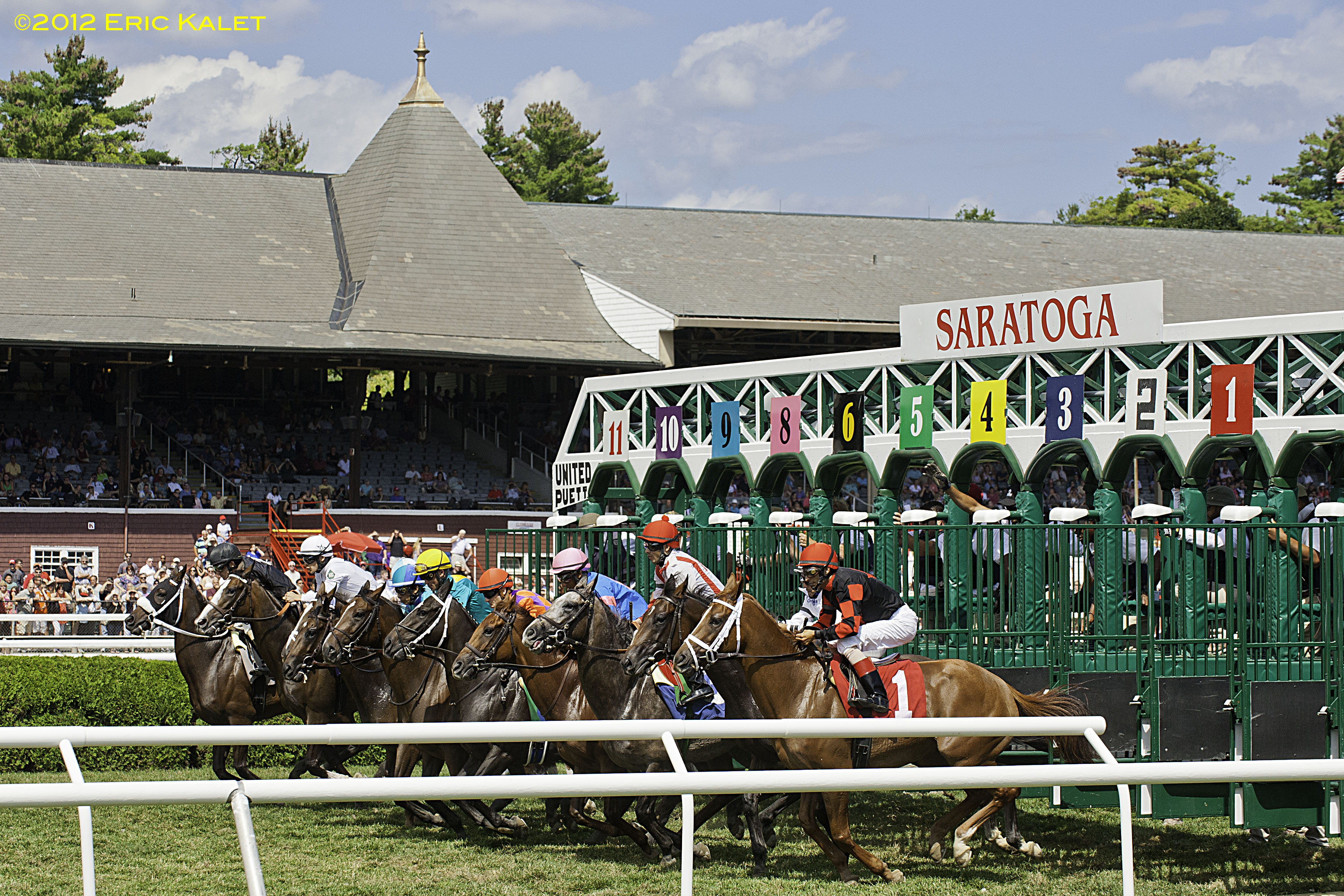 The winners of the Travers Stakes have been a who's who of the last century and a half of American horse racing. The winner of the inaugural Belmont Stakes, Ruthless (1867), went on to become the first filly to win the Travers. Triple Crown winner Whirlaway (1941) added another jewel in the Travers. The magnificent Man o' War (1920) counted this race among his victories -- and lends his name to the Travers Stakes trophy as the winner of 20-of-21 career starts. The namesake of the day's marquee turf race, Sword Dancer, won the 1953 Travers.

The rich history of the Travers also includes some major upsets, thrilling finishes and controversial results. In 1930, Triple Crown winner Gallant Fox lost to 100-1 longshot Jim Dandy, who is now honored with a stakes races that servers as Saratoga's leading Travers prep race. Ten Travers winners have won by a nose, including the 1962 thrilling finish between two leading 3-year-old champion contenders. Jaipur and Ridan went stride-for-stride the entire way, separating themselves down the stretch in a head-to-head duel in which Jaipur prevailed by a nose. History was made in 2012 when Alpha and Golden Ticket finished in a dead heat for the win.

Affirmed, the 1978 Triple Crown winner who became Horse of the Year and Champion 3-Year-Old Colt, was disqualified and placed 2nd behind arch-rival Alydar in the Travers. That race was the final meeting between the two icons, who raced against each other 10 times during their storied careers.

Trainer Bert Mulholland won the Travers a record five times from 1939-1963, and he served as a private trainer for former Jockey Club chairman George D. Widener, Jr. Current jockey Javier Castellano is the rider with a record five Travers wins. Two of them were by a nose aboard Wicked Strong (2014) and Afleet Alex (2010). His most recent Travers victory to claim the blanket of flowers was aboard Keen Ice in the upset of 2015 Triple Crown winner American Pharoah when Travers Day produce a record handle of $49,668,754

The fastest Travers winner was General Assembly (1979), a son of Secretariat who stopped the timer in 2:00 flat. That was until the 2016 edition when Arrogate, making his stakes debut and sent off at 11-1 odds, burst onto the national racing stage with a stunning 13-length victory in a Travers record time of 1:59.36. Arrogate would go on to win the Breeders' Cup Classic, the Pegasus World Cup, and the Dubai World Cup in his next three starts and become North America's all-time money winner.