Sports betting in New Jersey is currently dead after a recent court decision, but has their fight uncovered a path toward legalized gambling on sporting events?

The United States Court of Appeals for the Third Circuit in Philadelphia appeared to have put the final death spike into New Jersey's attempt to legalize sports betting two weeks ago when they voted 10-2 to deny the state's appeal by continuing to maintain that sports betting anywhere outside of Nevada, Delaware, Oregon or Montana violates the Professional and Amateur Sports Protection Act (PASPA) of 1992.

"It is clear that without continued court challenges by states, the sports leagues will be under no sense of urgency to expedite the timeline for expanded legal sports betting."

New Jersey first challenged the law in 2011 after the state's voters by a 3-2 margin agreed to challenge PASPA via a constitutional amendment and governor Chris Christie championed that challenge. The courts, as well as the sports leagues, were quick to point out that New Jersey had every opportunity before PASPA was enacted to legalize sports betting, but chose not to. Christie, along with other state legislators, however, argued that things change and what may have seemed like the right decision in 1992 was no longer the right option today, especially considering the state's declining revenues from casino gambling. Christie and the other legislators argued that sports betting is necessary to help build interest again in the stumbling Atlantic City casinos and New Jersey racetracks. The state suggested that PASPA was constitutionally flawed since it allowed sports wagering in four states to the exclusion of the other 46, and they should never have been put in that predicament in the first place. In fact, when the law was first passed, the Attorney General at the time stated a concern that the law may be unconstitutional. Nevertheless, the courts have continued to reject New Jersey's arguments and while Christie said that New Jersey plans to appeal to the U.S. Supreme Court it's unlikely that the judges there will have a different opinion unless something drastic happens beforehand.

With that in mind, I decided to see if there was an alternate route to legalization that either bypassed PASPA or that could repeal the law partially and sway the courts. After all, since New Jersey's initial appeal in 2011 almost all the professional sports leagues seem to be more open to legalized betting on their sports (the NCAA excluded). And every professional league is benefitting greatly from the revenues generated from Daily Fantasy Sports (DFS), which, regardless what the DFS sites would have the public believe, is clearly just another form of sports betting, only it is permitted under the terms of the Unlawful Internet Gambling Enforcement Act (UIGEA). As well, other states clearly want to legalize sports betting, so New Jersey isn't alone. California, Pennsylvania and New York all indicated an interest in legal sports betting, especially if PASPA is repealed. Currently 44 states have some form of gambling and no doubt many which have not stated anything publicly to date would love to add sports betting to the mix.

With that in mind I asked Larry Walters, a first amendment attorney and expert in the area of gambling law whether he believed the states could bandy together and ask Congress to introduce some sort of law that bypasses PASPA similar to the way the UIGEA superseded the Wire Act in several instances. Walters didn't believe it was feasible:

"All you can do is get Congress to repeal conflicting laws and pass a new statute. That will be difficult given the current political climate."

Walters admitted it was possible just not feasible.

I also asked Dan Wallach, a Florida Gaming and Sports Attorney, if he believed there was a possibility for states to join forces in an effort to enact a news sports betting law and Wallach was far more optimistic at the possibility than Walters:

"The winning formula for expanded legal sports betting in the United States can be reduced to a simple equation: litigation + lobbying = accelerated timeline. It's as simple as that," Wallach stated.

Wallach suggested that if Congress receives enough pressure from the states then Congress will have no choice but address it particularly if there are numerous states involved in the lobbying. However, Wallach wasn't sure if this would be via a change to the existing law or a full repeal of PASPA:

"As a result of the Third Circuit's latest decision, we now know that a state can legalize sports betting through a partial repeal of state laws (though perhaps one not nearly as targeted or selective as New Jersey's unsuccessful attempt) or by a complete decriminalization of sports betting (the so-called "nuclear option"). Neither of these options existed previously: until forced to concede the point at oral argument earlier this year, the sports leagues had consistently maintained that anything short of a full repeal would violate PASPA."

Wallach, however, did indicate that the states will have to do all the legwork themselves and should not rely on the leagues to initiate any challenge despite their softening attitudes on sports betting:

"It is clear that without continued court challenges by states, the sports leagues will be under no sense of urgency to expedite the timeline for expanded legal sports betting. It has been over 600 days since Commissioner Silver sounded the clarion call on sports betting, and to date there has been no movement in Congress or action by the leagues in furtherance of this objective (other than their continued investment in daily fantasy sports). Additional court challenges plus continued lobbying by the American Gaming Association are the obvious antidote for this institutional inaction." 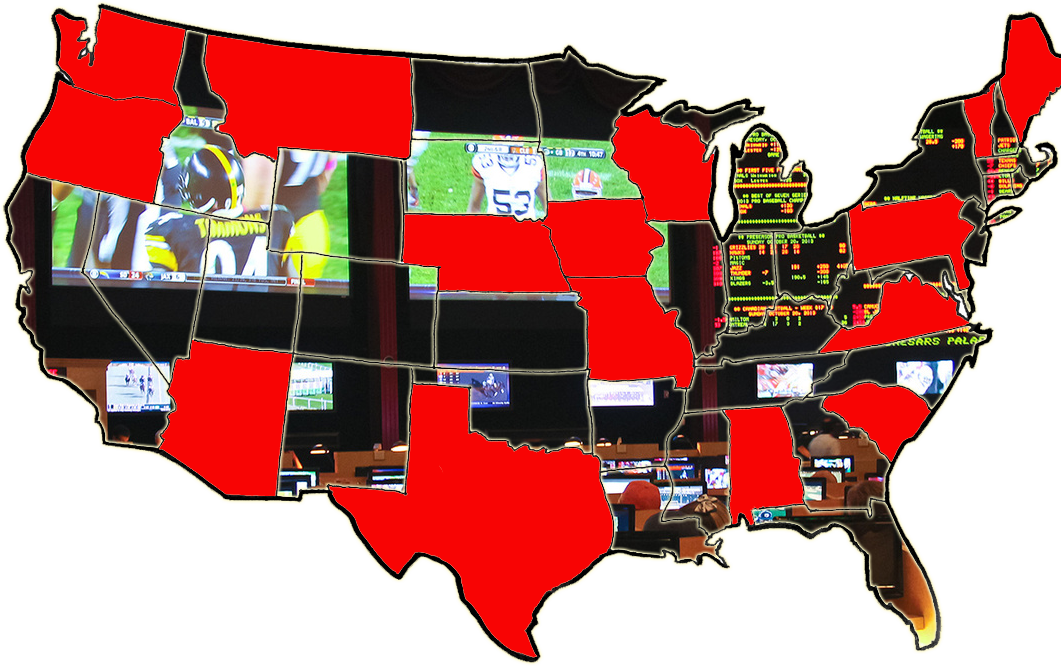 So the obvious question then was whether New Jersey made a mistake challenging the law alone and whether they should have waited for other states to enter the foray before initiating their constitutional challenge. On the contrary, Wallach suggested that New Jersey should actually be commended for their actions and has set a path for other states to join the sports betting lobby without having to spend an inordinate amount of money in the process:

"The New Jersey case has provided other states with a ready-made "template" to follow in challenging PASPA on constitutional grounds, namely that the states should be able to operate with limited interference from the federal government."

In fact, Wallach noted that when the Third Circuit Court of Appeals originally gave their en banc opinion, 3 judges including Thomas Vanaskie indicated that PASPA violated states rights and that in his opinion it wasn't up to a federal court to force states to enforce a federal law that has always been an issue (gambling) left up to the discretion of the states themselves. These statements if nothing else have brought the inherent flaws in PASPA out in the open and have given lawyers some arguments to use in future litigation. Wallach did note that the state may have been a bit premature in their timing for the challenge but he did not fault them for trying.

The last question I asked Wallach was whether he believed there would be a better chance for legal sports betting should the Republicans win the election given Donald Trump's previous involvement in building casinos and given that Trump owes Christie a favor for his support during the election. While not specifically answering the question Wallach did note:

"It could find success in a different federal judicial circuit, particularly in a "conservative-leaning" court (such as the Fifth or Eighth Circuit) that would likely be more receptive to the type of "federalism" arguments that New Jersey advanced."

So, while the President himself may not make a huge difference, the election of conservative judges, particularly at the Supreme Court level, could indeed be important for sports betting on the grounds that Conservatives are more concerned about state's rights.

The one certainty is that if sports betting was ever legalized stateside, either by a repeal of PASPA or introduction of a different law is that it will be for professional sports only. The NCAA will never agree to legal betting on their sports and states are clearly concerned about the vulnerability of young people to match fixing. And for proof one only need to look at the current legislation regarding DFS throughout the United States. Every state that has legalized DFS or has drafted a bill to legalize DFS has a clause that excludes amateur sports. And it appears that DraftKings and FanDuel got the message loud and clear. NCAA sports which once made up a large percentage of their offerings have disappeared from the sites. And make no mistake. The bowl season and March Madness were huge money makers for both fantasy sports sites but fighting with the NCAA was a battle they could never win. And perhaps that could be the partial repeal of PASPA – the exclusion of Professional Sports which of would make the new amended law called ASPA.

So the ball is now in the court of the states. If enough states rally together and lobby endlessly to their Congressmen for legal sports betting and continue to press on with litigation, then perhaps sports betting in the U.S. isn't a dead issue. However, they must do so relentlessly and they must bandy together, preferably in conjunction with the American Gaming Association. If New Jersey continues the fight alone they will not win but as part of a contingency of states, there is a chance. As the old union song says "no force is weaker than the meager might of one."