Could anyone imagine a conversation taking place today that refers to pointspreads and who will cover on ESPN? If things keep progressing as they are it may not be that far off again.

Once upon a time no one knew what the term "politically correct" meant. It was a day when you looked forward to The CBS NFL Today pre-game segment with Jimmy "The Greek" Snyder reviewing the point spreads with Brent Musberger, while highlighting his best bet selections for the day. Could anyone imagine that conversation taking place today? With say, Jimmy Johnson pointing out he likes the Dolphins -3.5 this week or Terry Bradshaw looking for a Steelers back-door cover at +7. Just maybe.

If things keep progressing as they are it may not be that far off again. And we can thank our, uhh, "skill-based" cousins in the daily fantasy world for the nudge.

Without making a formal press announcement this week, ESPN gave notice that they will not back away from mentioning football point spreads in announcing a new feature sports show with Scott Van Pelt. And a very informal acknowledgement that wagering talk will not be forbidden anymore to be part of the coverage on their anchor show Sports Center either. It seems like with all three U.S. major sports commissioners acknowledging that sports betting exists & thrives, albeit most of it illegally, it is time to stop acting like it doesn't.

Ironically, the NFL is the only major sport that doesn't embrace wagering, though their NFL.com website is heavily promoted featuring fantasy wagering content. They are also accepting industry leader Draft Kings advertising and embracing Draft Kings team promotion. The weirder factor is that ESPN is defying the NCAA and their staunch opposition to legalized sports betting. College GameDay's coordinating producer Lee Fitting said that "fans are very interested in this type of talk." Fitting said betting information was "good in doses, not overload" and the plan is to provide gambling stats that also have value for non-gamblers. Fitting didn't see the change as "earth shattering one way or the other, but I do think we really engaged viewers who like that type of conversation."

Translated: that means that if Florida State is leading FAU 41-10 with 5 minutes left and the spread is Florida State -30 you don't want to change the channel. But don't expect we'll see the day where ESPN announcers mention "FSU opened up at -29 but soared to -32 this week in Vegas and from action at the major offshore sportsbooks".

In the famous Ohio State-Northwestern "Backdoor Cover Bowl" in 2013, Brent Musberger couldn't help himself referencing the -7.5 line on the game at the end without truly mentioning it. Sorry if this still pains you having action on Northwestern that infamous Saturday night in October 2013. You'll recall the Buckeyes zoomed to a -7 or more favorite from -4 that week at all of the top online sportsbooks. It was 34-30 Buckeyes with: 05 left when Northwestern aborted a horrible "hail Mary" play and fumbled in their own end zone to give Ohio State a 40-30 win and improbable cover. 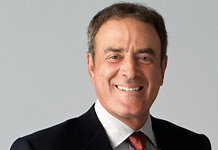 Brett then announced to Kirk Herbstreit that many in the TV audience are jumping for joy while others are leaving the room in disgust. Herbstreit somberly said "oh no" while trying to pretend he didn't understand what Musberger meant. A Hall of Fame announcer, he almost lost his job on ESPN that week as if he referenced a child killing or presidential shooting.

More clever and knowing when to pick his spots is the great Al Michaels. Al has livened up many Monday Night and Sunday Night Football games by referencing not only game lines but Over/Under totals as well. He might be better known for "did you believe in miracles" but Al is more revered in gambling circles for his betting line remarks. Just last night Al said "America's awaits a crucial extra point"!!

The classic was the 49ers-Chargers 1995 Super Bowl with San Francisco a -18.5 favorite. With one play left the Niners were leading 49-26 and the Chargers had the ball at the SF 35 yard line. Michaels screamed into the mic, "the Chargers Stan Humphries launches the football into the end zone and America's hearts are beating furiously. Incomplete." Was it a secret Al code? Not to me as I jumped for joy betting a load on the 49ers that night.

Expect more uncensored betting information to continue on television  now and into the future. Al Michaels may not have to slyly hide what he's saying when the Over/Under is 52 at JustBet or Diamond Sports for this Sunday Night Football's Dallas-New York Giants game. Should the Cowboys go up 41-10 with 3:20 left, Al often likes to cleverly say in these situations "don't go away, it's not OVER yet". Hint, hint.

Although it is forbidden and taboo to reference offshore sportsbooks like a Bovada on U.S. network and sports cable networks, their game lines are becoming more readily available to be found and respected in major U.S. newspapers. And although daily fantasy wagering would like to distance itself from game wagering completely, their association in NFL stadiums and advertising on NFL games enhances an uneasy cousin-like relationship.

Another very popular option for wagering updates is the NFL-backed Red Zone Channel. By advertising they show every score and every potential score it is without a doubt the go-to channel for people wagering on NFL games. For example, if a game is 45-0, they are aware your day may depend on a 47.5 Over/Under, a second-half wager, etc. But just don't expect any talk about how that score wins it for the Colts but the Bills still cover plus 4. Until we live long enough to see legalized and regulated sports wagering in the United States, such conversation would be the ultimate fantasy on live broadcasts.

It's just that easy. If you need information on the next play affecting your bet, grab your phone, look at your computer screen including NFL.com & ESPN.com or watch several wagering-related TV stations. You'll know faster than any other breaking event happening in man-kind.