Insights into the changes in U.S. gambling laws if the Supreme Court of the United States overturns PASPA, the law which currently allows legal sports betting in just four states.

Now that the Supreme Court has agreed to hear New Jersey's arguments regarding the repeal of PASPA, 20 states have come on board signing amicus briefs to support New Jersey including Arizona, Florida, Indiana, Kansas, Louisiana, Mississippi, Missouri, Nebraska, New Hampshire, North Dakota, Ohio, Oklahoma, Rhode Island, Tennessee, Texas, Utah, Wyoming and West Virginia. It's interesting that Utah, which has a huge Mormon population and rejects all forms of betting in its state, is in support of repealing the law as is Arizona and Louisiana, which are currently blocked from even offering DFS due to state laws which seems to make the activity illegal. Mind you it appears their objections have more to do with concerns regarding states rights than it does the issue of betting itself.

Of course just because a state didn't submit a brief doesn't mean they wouldn't be interested in offering sports betting if they have the opportunity to do so. Most analysts I spoke to suggest that if sports betting were legalized New York would definitely come on board as would the majority of states. California would first have to reach an agreement with all the tribes, including the Pechanga Tribe, which recently stated it didn't believe sports betting would really bring in that much revenue. Washington would likely have to address the issue of how sports betting could be offered that wouldn't violate its own state law surrounding online gambling. Only Utah, Hawaii and possibly South Carolina would likely choose to keep sports betting illegal.

So what brought us to this point? To answer that, a history of The Professional and Amateur Sports Protection Act (PASPA) is required. In 1988 the Indian Gaming Regulation Act (IGRA) was passed which allowed tribes to set up casinos provided they made compacts with the state and by the early 1990s Indian casinos were being developed everywhere. As well some states, particularly those on the Mississippi River, approved the operation of riverboat casinos provided the casinos were operated when the boats were not docked. There was some belief at the time that many of those states would also begin offering sports betting to bolster casino revenues and some leagues were concerned that sports betting could lead to game fixing, particularly in college, as players could be bought more easily than professionals. As a result, Senator Bill Bradley (a former NBA star) introduced a law that would stop any potential expansion of sports betting in its tracks. There is some belief that the impetus for the introduction of the law was NBA Commissioner David Stern who was openly and strongly opposed to gambling on NBA games and to whom Bradley was a close friend. The wording of the bill (originally called The Bradley Bill) mandated that only states that offered sports betting up to that point would be allowed to offer sports betting in the future and that any state that offered casino gambling for at least 10 years would be able to opt in as well. Since New Jersey and Nevada were the only states that had casino operations for 10 years, that stipulation was clearly meant for New Jersey to allow them to opt in to sports betting if they chose.

Nevada was obviously exempt from the bill since they had allowed all forms of sports betting since 1947. Delaware was exempt because they offered parlay cards on NFL games in 1976. Oregon was exempt because they offered a sports lottery on NFL and NBA games from 1990 to 2005, but discontinued the lottery after a bill was passed in 2005 to stop the lottery. And Montana was exempt because of a sports pool law that allows sports bars to offer an office betting type pool with 100 squares where patrons can choose a square which relates to a score by the 2 teams playing in a designated game being shown at the bar. All other states were excluded and New Jersey chose not to exercise their option to offer sports betting for reasons only they knew at the time, although there were reports that legislators just couldn't get their act together in the one-year period New Jersey had to make their decision. There were also rumors that Atlantic City casinos were concerned that sports betting would actually hurt their profits, which were mostly derived from slot machines. 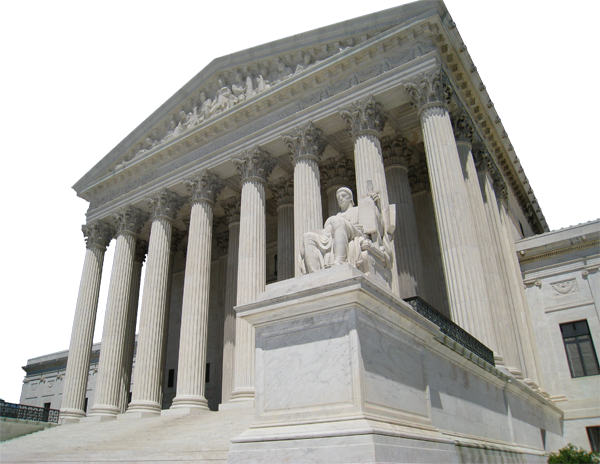 The law was never really thought about until the recession of 2008. High unemployment and the collapse of real estate values meant that people had to make sacrifices and gambling appeared to be first on that list. Revenues at Atlantic City casinos tumbled and betting at racetracks declined in New Jersey, so Ray Lesniak, a New Jersey Senator decided to try to bolster interest at both the casinos and racetracks with sports betting. Lesniak in collaboration with the now defunct iMEGA challenged the law saying it was unconstitutional because it violated the commerce clause and the 10th amendment. Governor Jon Corzine supported the bill, but Chris Christie took power in 2010 and removed the Governor's name from the plaintiff list. Many analysts believed the arguments were very strong and it would be hard for the Supreme Court to justify offering something to four states at the exclusion of 46 others, if they agreed to hear the arguments, while other legal experts noted that there is nothing in the law that requires the courts to treat all states equally.

In 2012 Christie changed course and agreed to push for the legalization of sports betting in New Jersey, likely since he decided not to run for President in the 2012 election, as there was a lot of political points to lose for the New Jersey governor if he did not push to bolster the interests of the state. Christie did mandate, however, that games involving New Jersey teams be excluded, likely so the state wouldn't be threatened by the leagues of having team licenses revoked, and he required that bets be made in-person at racetracks or casinos and not online to ensure that any cross-state gambling concerns were not relevant. Christie asked for a state referendum on the matter and it was voted in favor by a 3-2 margin by New Jersey residents. The State Senate drafted the bill and Christie signed it into law in January 2013.

Despite Christie's support, the new law it never went anywhere. The leagues challenged New Jersey's law stating it could not supersede a federal law and the second and third district courts in New Jersey ruled three times that New Jersey could not enact sports betting. As well, the U.S. Supreme Court refused to hear the case given the lower court's ruling. To the surprise of many, however, in January of this year SCOTUS was asked by the Solicitor General to provide a brief regarding New Jersey's challenge, indicating that they may be interested in hearing the arguments and in June of this year the U.S. Supreme Court agreed to hear New Jersey's appeal.

That decision left many scratching their heads, but it seems that the Supreme Court (which is now dominated by Republican judges after the appointment of Neil Gorsuch in April), were concerned about laws that violate state's rights and have had this one on their radar. It's also notable that while the GOP is beholden to Sheldon Adelson for giving millions to their campaigns, Adelson's fight is for the banning of online gambling. Adelson has no interest or concern surrounding sports betting. And Donald Trump himself felt that PASPA is largely to blame for the demise of Atlantic City casinos. In 2010 Trump stated this in an interview:

"Bill Bradley did a tremendous disservice to the state of New Jersey. That's one of the main reasons he's no longer in office and couldn't get himself elected dogcatcher. He was a terrible senator. He didn't know what he was doing. He made it just about impossible to get sports betting approved in New Jersey."

"The sooner it (sports betting) can happen in New Jersey, the better."

Obviously, Trump's interests in New Jersey seven years later are far lower, particularly after the closure of Trump Plaza casino in 2014 and the Taj Mahal last year, but what we have learned is that if Trump gets something in his head he doesn't let it go. No doubt he still believes that PASPA hurt New Jersey and it's quite conceivable that he was the one who asked the Solicitor General to look at PASPA once again.

So what options do the courts have?

"The issue of sports betting is in the homestretch."

Obviously, SCOTUS can deem PASPA is still legal and nothing changes, they could rule PASPA unconstitutional on the grounds New Jersey brought forward or they could pass a more watered-down decision. Larry Walters, a first amendment attorney and gambling analyst explained:

"The Court could render a more narrow opinion, simply stating that the complete repeal of all prohibitions on sports betting by New Jersey does not violate PASPA. That would mean the only way to legally permit sports betting is to repeal all prohibitions, and allow the industry to operate unregulated, on a state-by-state basis."

The other question that has to be asked is what effect a decision to repeal PASPA will have on The Wire Act. No doubt some states will want to allow online sports betting and several offshore companies including William Hill and Paddy Power-Betfair, which set up operations in the U.S. partly for the possibility that online sports betting will someday be allowed stateside will push to have it legalized too. But Larry Walters doesn't believe that's feasible.

"The decision in the pending case will have no effect on the prohibitions imposed by the Wire Wager Act, since that statute has not been challenged. So, the ban on interstate sports betting will remain in place, even if PASPA falls. The wire act applies to the Internet, not just to telephonic communications. The 2011 DOJ opinion said that the wire act does not prohibit non-sports betting such as lotteries. So that opinion will not be helpful with regard to offering interstate sports betting, in the event that PASPA is invalidated. Bottom line; the states will need to decide for themselves whether they want to offer intrastate sports betting if the court completely invalidates PASPA."

So, with all briefs submitted, the issue of sports betting is in the homestretch. At this point it's unlikely that SCOTUS will leave the issue of sports betting as it is and the only question is whether they will rule on a full repeal or whether they will leave the issue in the state's hands. One thing that is certain is that at this point, the Wire Act will continue to apply which means bets will have to be intrastate and will have to be made in person at a licensed venue. If sports betting proves to be successful and if game fixing concerns aren't realized, a state challenge to the legality of the Wire Act itself likely won't be far behind, so that online sports betting could be instituted as well.