If the recent scandals involving Phil Mickelson are affecting his game it isn't showing.

Usually when an athlete is linked to a scandal their performance deteriorates. It happened with Tiger Woods, it happened with Alex Rodriguez, it happened with Ray Rice and the list goes on. But if the recent scandals involving Phil Mickelson are affecting his game it isn't showing.

For those unfamiliar with the scandals, last month Billy Walters, a professional Las Vegas gambler and Thomas Davis, a former director of Dean Foods were charged by the DoJ with securities fraud, wire fraud and conspiracy related to insider trading on Dean Foods stock from 2008 to 2014. Phil Mickelson, while not charged, was named as a relief defendant in a civil suit by the SEC claiming that he benefited from insider tips from Billy Walters, a close friend of his and consequently had to pay back $931,000 he made from the insider tips as well as $105,000 in interest. The SEC was quick to point out that Mickelson is not being investigated because they believe he never received any pertinent information about the company's finances but simply acted on advice. 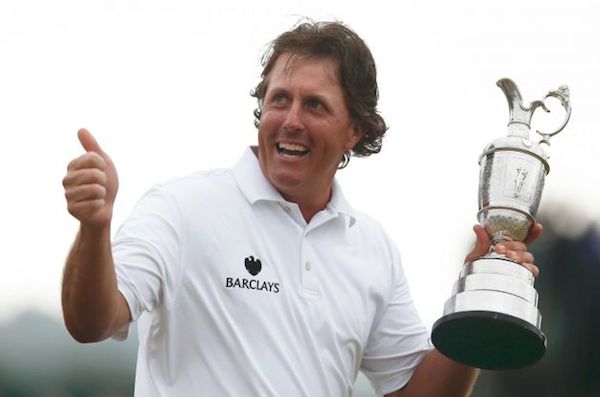 The other scandal which is far more serious involved Greg Silviera, another colleague of Mickelson's, who pled guilty to 3 counts of money laundering after he transferred $2.75 million between his Wells Fargo bank accounts and a JP Morgan Chase account to be used for illegal (offshore) sports betting for a gambling client. ESPN's Outside the Lines stated that the gambling client was Mickelson. Silviera had to pay a fine of $18,000 and faces up to 60 years in jail for his actions while Mickelson was never named by the courts in the charges. Originally the initials P.M. were alluded to, but were quickly removed by the courts. It seems clear that while the DoJ and SEC want their pound of flesh in these cases, they also don't want to get Mickelson involved in any criminal proceedings for reasons only they can answer, although it could be at the request of the PGA Tour since interest in the sport has plummeted ever since Tiger Woods has become a non-factor on the tour and at this point Mickelson is one of golf's biggest selling points. If Mickelson' name was besmirched it could indeed negatively affect ratings.

Naturally one would expect Mickelson to be tense and not focused on his game as a result of these two scandals but the truth is it hasn't fazed him. Mickelson is playing as well as he has in years and he heads into this week's U.S. Open fresh off a 2nd place tie in the John Deere Classic. And Mickelson as always is one of the favorites to win the 2nd major of the year.

Of course Mickelson has always been known to be a big gambler and was reprimanded by the PGA Tour in 2001 after he was overheard making a wager with fellow golfer Mike Weir regarding whether Jim Furyk would hole a bunker shot. Mickelson has also bragged about huge wins on the NFL football as well as baseball, and he loves to make bets with other golfers on friendly games. In fact, earlier this year Mickelson lost a round to Ryan Ruffels, an up and coming Australian golfer, and in that game he gave 2/1 odds to Ruffels that he couldn't beat him in a pro-am tournament. Ruffels went public with the information saying he took $5,000 off Mickelson thanks to a birdie run and Mickelson reprimanded him for the indiscretion saying that he was out of place for discussing it. Mickelson also denied the amount of the bet:

"You don't discuss specifics of what you play for," Mickelson told golf.com, "and you certainly don't embellish and create a false amount for your own benefit. So those things right there are -- that's high school stuff, and he's going to have to stop doing that now that he's out on the PGA Tour."

There was also a story from 2008 that suggested Mickelson was playing golf with 3 extremely wealthy members from Augusta National golf course and Mickelson asked that the usual $1 wager be increased to $5,000 skins and a $130,000 pot of which Mickelson put in $100,000. In the end, "Chuckie" went on a roll and Mickelson lost $200,000 which Mickelson tried to weasel his way out of. The story was later proven to be false and was just an April Fool's joke put out by a highly regarded golf magazine, but the fact that so many people believed it just illustrates how much Mickelson loves to bet and the public is well aware of it. Of course Mickelson makes $51 million a year, according to Forbes Magazine and his estimated Net Worth is about $300 million (and even in 2008 it would have been over $100 million), so to believe he would try to avoid paying a $200,000 wager should have raised red flags right away.

Some writers have tried to equate the latest two scandals to Pete Rose's gambling, which got him kicked out of baseball and made him ineligible for the Hall of Fame. Many of those writers have suggested that these scandals could hurt Mickelson's reputation as well as the game of golf. The suggestion however, is ridiculous.

First of all, the concern over Rose's betting is that he could have made decisions as a manager and possibly as a player that could have affected the team's performance in order to cash in on a bet. Such is the concern with team sports. But golf is an individual game and the only one who would be affected by Mickelson's bad play (if indeed he tried not to win a tournament) is Mickelson himself. Also there has never been any indication that Mickelson bet on any tournament he was involved in as has been suggested in the enquiry involving Rose's betting.

But most importantly, baseball has a rule (and always has) that forbids players or managers from wagering on any baseball games. Golf has no such rule. 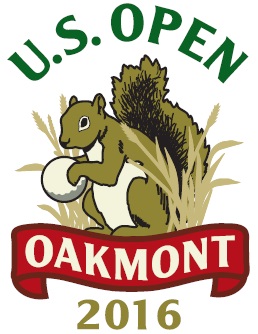 The PGA Tour has told the players not to be associated with known criminals, but there is nothing that forbids them from placing wagers and in fact it is well known that at the British Open most players like to put down a few pounds sterling on themselves at one of the legal sports gambling shops like William Hill, Coral or Ladbrokes. And it also can't be ignored that golf has a deal in place with DraftKings which allows for the daily fantasy sports company to offer DFS on the tournaments. In fact, the winner of this week's U.S. Open tournament stands to make $1 million for a $20 risk in the annual $3.5 million Fantasy Golf Millionaire contest. While the UIGEA requires multiple sports for a contest to be legal, (one of the reasons FanDuel has avoided offering tournaments on golf or NASCAR), DraftKing's lawyers have suggested that this is indeed legal because a golf tournament takes place over 4 days and each round is independent of the other, thereby effectively making it 4 games in one.

Obviously that could be challenged but so far nobody has bothered to challenge it, so it's full steam ahead. Unlike with NASCAR, the PGA Tour has not directly come out and declared they are all for DFS on their sport, but some entities associated with the sport have. The Tiger Woods Foundation which is operated by the superstar and raises money for disadvantaged youth has indeed partnered with DraftKings and named them the official fantasy sports sponsor of the 2 tournaments they run – the Quicken Loans Championship and the Duetsche Bank Championship. The latter is actually part of the FedEx Cup playoffs. The Tiger Woods Foundation also runs the Hero Challenge, but DraftKings has yet to offer DFS on that tournament since it's not an official event. The PGA Tour, however, while not willing to ask the Tiger Woods Foundation to stop their sponsorship deal has told its players that they aren't permitted to play DFS themselves, likely because they don't want any scandals going forward.

So Mickelson heads into the U.S. Open as about the 5th favorite or so behind Jason Day, Rory McIlroy, Jordan Spieth and Dustin Johnson and betting odds between 25/1 and 30/1. Can he pull it off?

It's hard to say.

He is certainly playing better than he has in a couple of years thanks to a new swing and Mickelson always takes it up an extra notch heading into major tournaments. But, Mickelson hasn't fared well at Oakmont in the past. In the 1994 U.S. Open he finished well back at 13 over par and in 2007 he missed the cut. The difficulty and length of Oakmont should actually play right into his strengths, but thus far it hasn't and Mickelson called Oakmont "the hardest course we play." My hunch is that the tournament will be won by one of the younger stars but one thing is certain: If Mickelson doesn't play well it won't be a result of the current scandals, in tournaments Mickelson is only focused on his game.