New name for Washington Redskins should reflect the city's realities

Hartley takes a satirical look at some names that Washington should consider to replace Redskins.

Some alternate names for the "new" Redskins

With the Washington Redskins deciding to change their name, the logic seems to be that the new name will fall into one of three areas. Either it will reflect the native culture, but in a less offensive way such as Warriors or Natives; it will use the word Red, but in a new form such as Redtails or Redhawks; or lastly that it will reflect the political landscape of the city with a name like Presidents, Representatives or even past presidents such as Lincolns, Kennedys or Roosevelts. There is even a suggestion by vegetarian groups and PETA to keep the name Redskins, but change the logo to a red potato! No doubt if that happened the team would quickly become known as The Spuds.

And while many of these names are decent replacements, we at OSGA believe that if the team decided to use one of those names it would be unfortunate, since Washington has many better options that truly reflect its current and past. The following are ten replacement names we believe would be more apropos for the new Redskin name.

The Washington Impeachments
The use of impeachments doesn't honor just one president, but rather three. It's hard to choose between Lincoln, Roosevelt or Kennedy, but with the Impeachments you don't have to, as three presidents have been impeached. That means a huge opportunity for new uniform and tee shirt sales as well. The first uniform can have a picture of a tape recorder, hidden bugs or a cassette tape and the helmets or caps can read "I am not a crook." No doubt this would be very popular at the ball games, at parties or for audits by the IRS. The second uniform will of course be a stained blue dress although a well-positioned cigar may not be out of order. And the final uniform can just be a combination American and Russian flag or perhaps a hammer and sickle hovering over a voting booth. Without question, all three uniforms will become popular nationwide and ownership will rake in the dough.

The Washington UIGEA
While there have been many laws passed in Washington, the UIGEA is one that both helped sports and killed it at the same time. What an honor! Sports betting, and consequently the corresponding interest in all U.S. sports, was on the rise throughout the late 1990s and early 2000s and players and teams were benefiting with ancillary merchandise sales. While sports betting was still technically illegal stateside, offshore wagering was on the rise and much of the offshore betting was offered by licensed and publicly listed companies like World Wide Telesports, BetonSports and Bowman’s International. But with the passing of the UIGEA, in one fell swoop all publicly traded companies shut down or sold to other interests and payment processing more or less came to a halt after NETeller and other E-Wallets were forced to leave the market, along with credit card companies. Not surprisingly the inability to fund accounts and bet on games caused interest to dwindle in many sports. But there is a silver lining. The awkward and poorly thought law allowed for the creation of daily fantasy sports which is really just sports gambling in another format. This allowed DraftKings and FanDuel to corner the market and set up partnerships with various leagues and teams to help them generate more revenue and interest in their games. The uniforms would likely just be a computer with a fantasy sports screen on it or possibly a TV displaying declining Neilson ratings for various sports.

The Washington Weapons of Mass Destruction

Aside from being an awesome name for a football team, it also is tribute to a war the United States got into under false pretenses, thanks to an edict given in Washington, and one that changed the country for more than two decades, as troops are still located in that region. The logo could either be an A-bomb or perhaps a closed truck which "could contain weapons of mass destruction." In fact, the uniforms could be uniforms with compartments where some contain something like a small towel, but the vast majority contain absolutely nothing. This could apply to jersey sales too. A compartment on the jersey would be sealed and only accessible with a key and some lucky fans could get signed merchandise in their compartment while others pay a huge price for nothing.

The Washington Confused Metrorail
Who doesn’t love a uniform with a train on it? This would indeed be a tribute to one of the most confusing, overpriced and earliest closing subway systems in the world. For those unfamiliar with the Metro, it has 6 lines with no real logic to their direction, one can not transfer from one line to another without paying a new fare, the cost for the ride depends on the distance traveled and the time of day traveled, (something rarely seen elsewhere), and best of all on weekdays it closes at midnight regardless of whether there’s a game going into overtime or a concert or special event that is carrying on past that time. Instead for people who don’t heed the warning to leave the event immediately if they want to catch the last train, they have the good fortune of heading to the streets and hoping they can hail a cab before they get mugged. And the merchandise sales for the Confused Metro can be sold the same way as the subway. So, anything bought after 6 pm or before 7 am is cheaper than if bought in the rest of the day and the price would increase exponentially based on the size one wears. And there can be different colored trains on the uniforms all going in different directions to reflect the logic behind the subway map. Who wouldn’t want 6 jerseys in different colors? 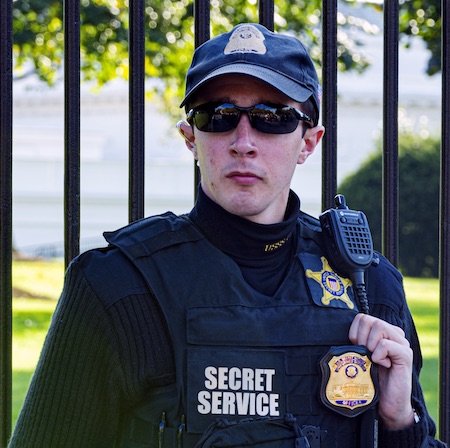 The Washington Replacement Players
The 1987 NFL replacement players were one of the most underappreciated group of athletes one can recall. Sure the play was sloppy, sure they were scabs and sure they never amounted to anything after they played but at least it allowed die hard football fans to watch the likes of famous names like James Brim, Scott Tinsley and Tommy Haynes. And let's face it the new team, regardless of the new name will always be known as the Redskins, so in essence anyone now playing for the new team are replacement players.

The Washington Orangeskins
This would be a cheap alternative to requiring a complete change to the logo and name. Instead of the Indian with a feather and dark face one can just change the feather to a mullet, and the Indian face to any president with an orange face. It likely would not be a popular uniform, but it probably would not matter since undoubtedly the Trump family will probably buy up the entire stock before any of the public has a chance to get any. 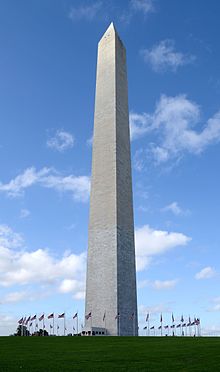 The Washington Pigeons
Most teams like to name their franchises after animals, since they make for good logos and sell well. For Washington, the Pigeons seem to be the best fit. Aside from the fact there are tons of pigeons in Washington, domestic pigeons have been called the rats of birds. They are a nuisance, they fly in and congregate in huge groups when bread is thrown at them, they are scavengers and they are always of crap. One only needs to look at the Washington staples of the White House, Capitol Hill or the IRS headquarters to realize why the Pigeons is such an appropriate name.

What does covfefe mean? Who knows? In one of Donald Trump's first viral tweets while in the White House was in May 2017, when he wrote "Despite all the negative press covfefe." To this day no one has a clue what Trump was saying but that makes it all the better for merchandising. The team can put whatever it wants on the uniforms and no one can say it is not correct. The team name can never be deemed offensive like the Redskins, it can never be deemed controversial like the Washington Bullets and it can never be deemed too political. It is a word that means absolutely nothing, but it is well associated with Washington and in this day and age a name with no real defined meaning could be just what the doctor ordered.