I was born, raised, and currently reside in Rochester, New York which is approximately 65 miles east of Buffalo and 90 miles west of Syracuse. Considering my sole livelihood since 2002 has been that of a professional sports handicapper, New York state finally legalizing and regulating sports betting is immensely gratifying on a personal level. However, enough about me, I’m going to be discussing the fiscal effect it will have in its initial stages, and why New York failed to maximize state revenue and job creating opportunities.

On Monday 6/10, New York State regulators finally signed off on sports betting. In doing so, it paved the way for four state funded casinos to accept sports bets. The 4 specific venues able to do so are Rivers Casino and Resort in Schenectady, Resorts World in Monticello (95 miles west of New York City), Tioga Downs Casino and Resort in Nichols (Binghamton area), and Del Lago in Waterloo (Finger Lakes Region). All four casinos are expected to be granted their official sports wagering licenses by early August.

It’s well documented that no less than two of those previously mentioned casinos have writhed to survive without some type of additional state funding. Nevertheless, New York is estimating 4 million dollars of state revenue being generated from sports betting in 2019. That certainly will serve as an economic boost for each of those financially strapped venues. However, it’s pale in comparison to what might've been if mobile and online sports betting was approved by the end of state legislative sessions on 6/19.

New York state voters approved a constitutional change in 2013 to allow sports betting in up to seven private casinos. Separate and apart from that, the state ratified an edict allowing casinos to permit sports betting if a ban on legal wagers were ended by federal government decision makers. Hence, the supreme court decision in May of 2018, which enabled all states a chance to officially legalize sports gambling.

A Mindless Omission and Decision 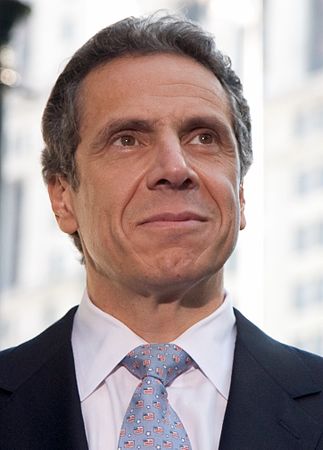 An absence of pragmatism by our oblivious governor Andrew Cuomo will ultimately cost New York multi-millions of revenue dollars. All of which could’ve been put towards the state’s continually struggling educational system. It’s just another of a long line of decisions made during Andrew Cuomo’s tenure as governor which defies lucidity.

After much deliberation, on Friday 6/21 New York lawmakers nixed proposed legislation to expand sports betting beyond the state’s four previously mentioned licensed casinos. This despite efforts led by Democratic Senator Joseph Addabbo. As a matter of fact, at New York’s senate budget meeting some two weeks ago, mobile betting was proposed and approved by an overwhelming vote of 57-5, only then to be overruled by Cuomo and New York’s assembly budget director, Robert Mujica. They cited mobile betting as being unconstitutional according to state guidelines. Furthermore, Cuomo stated that for mobile betting to be allowed, it would require a constitutional amendment. Well that never materialized and mobile betting seemingly won’t be legalized in New York anytime soon. Not only is it a shame from a gross revenue perspective, but an enormous amount of jobs could’ve been created as well. The positive economic impact from legalizing mobile betting would’ve unequivocally be felt statewide.

Refuting Cuomo and Mujica’s claims were the New York law firm Gibson Dunn. They noted two pieces of legal logic as it pertained to both mobile betting and the state constitution.

1.Mobile sports wagering fits comfortably within the contours of "casino gambling," which the constitution authorizes the legislature to legalize and regulate.
2.Online sports wagering occurs "at" a casino "facility" because online sports wagers are made at the physical location of the server on which bets are received and accepted.

Addebaddo repeatedly brought these constitutional facts to Cuomo and the state assembly’s attention. Apparently, they would bite their noses off to spite their faces before succumbing to the coherent reasoning being presented to them.

Industry experts that are much smarter than I am estimate that depending what state, mobile betting would generate between 80% to 95% of annual sports betting profits. Conversely, one thing I am qualified in is basic math. Based on New York’s prediction of 4 million dollars in gross revenue deriving from sports betting in 2019. By not permitting mobile betting, the state figures to leave approximately $80,000,000 in gross revenue on the table in 2019 alone and that’s a conservative estimate. Based on that precise calculation, New York will cost itself anywhere from 320 to 400 million dollars in 2020.

Here’s what I consider as a reasonable analogy corresponding to this inept lack of foresight by New York’s sanctioning body pertaining to mobile betting. I’m going to use Amazon as an example. Imagine if Amazon were to introduce a new company policy starting tomorrow, and it stated you will no longer be able to place orders on your phone or computer. Furthermore, they no longer will be delivering your purchased products. Nevertheless, they would be opening 4 stores in New York in which none are located closer than 95 miles from the New York Metropolitan area. Going forward, all Amazon shoppers would have to make their purchases at one of those 4 store locations. Can you even begin to contemplate the monetary losses that kind of inconceivable business decision would cost them? Additionally, how many jobs would be lost as a result. Not to mention the public backlash that would come their way.

I wonder if Andrew Cuomo would’ve pursued sports betting on this year’s agenda if not for the above mentioned private casinos not coming close to reaching their initial goals. Especially when considering the state funding that went into those projects. That’s certainly understandable if that indeed was the case. Nonetheless, to not include mobile betting because the state constitution needed to be amended is not only a poor business decision, it’s extremely illogical. Particularly since the governor and his assembly had well over a year to mull this over, and they had unanimous approval from the senate budgetary committee.