"I doubt the new codes will make much difference."

As many will recall when the rules for the UIGEA were originally announced in 2007 banks in the U.S. were supposed to guarantee that all legal gambling transactions got through and only illegal offshore transactions were blocked. But the banks objected and demanded that the government provide them a list of companies that were to be blocked so they could follow that requirement. The government did not act immediately and failed to come through with the list the banks asked for. Instead at the last second the Treasury and AG simply wrote a hasty set of rules that put the onus of identifying illegal transactions on the banks and provided a fine for processing illegal transactions but no penalties for failing to process legal ones. As a result the majority of banks simply decided to block all online gambling transactions realizing that it was the easiest way to ensure they did not process illegal ones and truthfully many never wanted to deal with gambling anyways for legal reasons, moral reasons or for other reasons of their own.

I called a couple of bank executives which I conversed with after the passage of the rules for the UIGEA to get their opinion of the new codes and one of them was willing to talk, albeit off the record, since he said his opinions are his only and he didn't want it construed that he was speaking for his company.

My first thought was whether the executive was correct that banks have always had the ability to identify illegal transactions from legal ones and to answer that one simply needs to look at Canada. Some banks like RBC and the Bank of Montreal have blocked credit card payments for offshore gambling for over a decade while banks like CIBC and TD have processed them albeit with a $5 fee and treated as a cash advance. The banks that blocked it viewed the activity as too risky to justify while those who allowed gambling transactions believed the reward was worth the risk. And having spoken to people from the CIBC in the past, it appears that they have benefited quite a bit from that decision. Yet when Woodbine International introduced their new HPI online 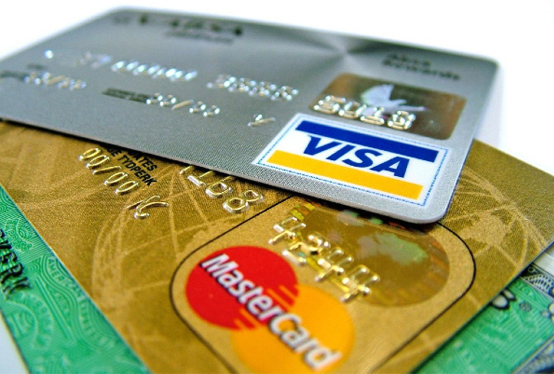 horse racing product all banks including RBC processed both credit card and debit card payments for that product without haste. And when online casinos began in Canada all the banks happily processed credit card and debit card payments for them as well. So, if the Canadian banks had no problem differentiating legal from illegal gambling transactions surely the U.S. banks had that ability too. Granted Canada's population is much smaller than the United States but clearly any U.S. banking clerks could differentiate a credit card payment to say BetOnline vs. one for Capital OTB. The U.S. banks simply didn't want the hassle of doing so and the UIGEA rules gave them an out.

The one grey area that has dumfounded the banks a little are the third party processors. NETeller now processes online gambling transactions for New Jersey and Nevada legal casinos and poker rooms and Moneybookers is soon to follow suit. And by all accounts all credit card payments to NETeller have gone through without issue. In addition, Canadian bettors have had no issue using third party processors to fund their gambling accounts even with an RBC or Bank of Montreal debit card. And as far as offshore companies go, most credit card payments for those sites are processed as occurring in a company completely unrelated to gambling so there's no possible way the banks could identify these transactions as being for gambling and the new codes will do nothing to address that issue. The fact that the banks have not tried to stop NETeller payments did not surprise the bank executive:

"If a company like NETeller puts through a credit card payment for gambling and a customer disputes the charge, then it's NETeller's headache not the bank's. And for debit card transactions the money is withdrawn directly from the customer's bank account. They authorized the payments and the money is withdrawn directly so there's no risk to the bank in that instance either," the executive told me.

So the truth is that the new codes are irrelevant because in 99% of the cases banks could already differentiate transactions that were for offshore gambling, for lotteries or for horse racing. The banks who won't process those transactions have chosen not to do so for business reasons of their own and unless the government forces them to process the legal transactions, which is highly unlikely, a large number of banks will refuse to process them for reasons of their own. It's about time that the credit card companies made some effort to differentiate legal U.S. based gambling transactions from offshore transactions, but don't expect the new merchant codes to make any real difference to American bettors.