For the first time since 1998 the NHL has decided not to allow their players to compete in the Olympics, giving the edge to teams from Russia, Sweden and Finland.

When people think of the Winter Olympics, one memory that almost always comes to mind is the 1980 ice hockey championship won by the United States in what became known as The Miracle on Ice. The Soviet Union team consisted of mostly professional Russian hockey players that were dubbed as amateurs due to the fact they weren't officially paid by the communist country for their efforts, while the other teams consisted of true amateurs. The bulk of the American team were college hockey players. The Soviet Union won 5 of the prior 6 gold medals and were expected to cruise to an easy victory while the United States were just hoping to make it into the latter rounds. The United States team played surprisingly well and faced the Soviet Union in the semi-finals. The U.S. trailed 3 to 2 in the 3rd period but goals by Mark Johnson and Mike Eurizone put the U.S. ahead 4 to 3 and the Soviets never got the equalizer. Al Michaels summed it up best when he screamed "Do you believe in miracles?" The United States then went on to beat Finland to win the gold medal.

Las Vegas never set odds or took bets on the Olympics and this was the days long before offshore bookmakers catered to the U.S. market, but the odds were calculated at 1,000 to 1 on the U.S. team winning gold prior to the Olympic trials and I have been told that some UK bookies were offering odds up to 500/1. 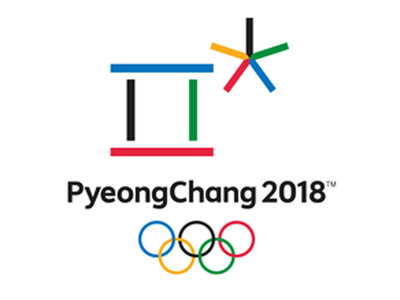 To many, this was the epitome of Olympic glory and is what the Olympics is all about, i.e. amateurs winning medals and competing for the glory of their native country. In 1986 the Olympics started allowing professionals to compete and a large part of that had to do with teams like the Soviet hockey team, who were clearly amateurs in name only, so the Olympics wanted to even the playing field. Consequently professional players from the minor leagues like the AHL and OHL started competing too and the likes of Eric Lindros and Paul Kariya played for team Canada prior to entering the NHL. And in 1998 the NHL decided to allow their players to compete in the Olympics as well. This caused a great deal of controversy because it necessitated a long break from the schedule to accommodate the Olympics, but also because it seemed to take away from the whole purpose of the Olympic ideals that amateurs could shine on the international stage. On the other hand, it also brought a whole lot of new interest to the games because the best players in all countries were competing so Canada, Russia, the Czech Republic, Sweden, Finland and the United States all had the skill to bring glory to their countries. Of course it ensured that the other smaller nations without superstars in the NHL had no chance of winning a medal. And most importantly, it also was a way to even the playing field with the Russian team.

This year, for the fist time since 1998 the NHL has decided not to allow their players to compete in the Olympic because owners decided they didn't want to give up a large part of their schedule to accommodate the Olympics, and since it was being played in Korea, most North American viewers wouldn't see the games anyway. This is truly bittersweet. While traditionalists will hail this as a good thing since the medals could be won by less than the best, the truth is that the KHL, Swedish leagues and other European leagues are allowing their players to compete, so we are right back where we started. The Russian team has players like Pavel Datsyuk and Ilya Kovalchuk as well as most of the top scorers in the KHL. The U.S. team, on the other hand, has players that are mostly in college or playing in lesser leagues in Europe. Even Canada, which has always been favored to win Men's gold, has to rely on older players that couldn't make it in the NHL and had to play overseas as a result. Instead of players like Sidney Crosby leading the team, the most notable forward on the team is Rene Bourque, a 36 year old former NHL player who scored 146 goals in 12 years in the NHL. The one thing Canada does have going for them is the good play of goalie Ben Scrivens, who played with Toronto, Los Angeles, Edmonton and Montreal in a backup role in the NHL, but has excelled with Minsk Dynamo in the KHL this year. It's true that even Russia, Sweden and Finland won't be able to use their best players either since they play in the NHL, but Canada and the United States are affected the most.

As a result of the decision by the NHL, Russia is the even money favorite to win the gold medal followed by Canada and Sweden at 9/2 odds. The American team is 20/1 and even if they pull off another miracle, it won't be celebrated like in 1980, because most of the team are still paid professionals competing in European leagues.