Underdog betting and under the total wagering in NFL prime time matchups are proving profitable for bettors.

As if they were made for prime time theatre, it seems the best NFL match-ups are saved for the late games on Sunday, especially for NBC Sunday Night Football. It used to be that way for Monday Night Football before NBC began stealing the spotlight games away from ESPN, who inherited the game from parent ABC Disney Network.

These "get-out" games most often have tight point spreads reflecting the competition and are mandatory plays for most bettors. After all, if someone is ahead during the weekend they want to be that much more ahead. If behind, it's their last opportunities to somewhat save the weekend or fall asleep in a better mood. And all your major online sportsbooks thank the NFL for their thoughtful scheduling. Here's why:

Unofficial sources have reported that over 70% of action goes to the favorites on Sunday and Monday night games. Also, the majority of action is heavily sided toward Over in the totals wagering. Naturally, the favorite and over is the most popular bet in parlay action. Of the four possible parlay combinations in both NFL betting, the favorite and over is absolutely the most preferred choice. Simply reasoning that everybody loves a winner and nobody wants to be eliminated early in the game with a bet on Under the total.

Many well-known sportsbooks have embraced the trend and used it to their advantage. Bovada, for example is one popular book that routinely adds an extra half point to a full point or point and a half to the average consensus on a Sunday or Monday night game. Other popular, well-established sportsbooks including BetOnline, Diamond Sports and GTBets have saved their day by getting NFL underdogs to cover or win outright during prime-time games. Those Packers, Steelers, Patriots and Seahawks favorites to go down are a magic formula. Or a game NOT to go over over as planned can be very effective as well. 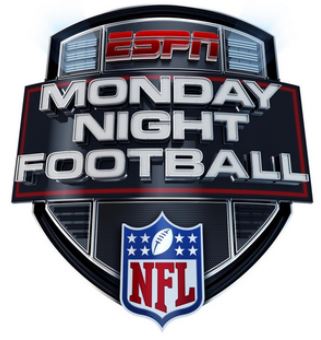 Like the words in the famous Mamas and Papas song, "you just can't trust that day". That is if you want to bet favorites every Monday evening. We only have to go back to last Monday as evidence of a very poor favorite. The mediocre San Diego Chargers were -4 over the blah Chicago Bears. The number started to inch up toward game time as well as the Totals number favoring Over 49.5. Uh oh. The Bears won the game outright 22-19, taking down a lot of bettors both ways and an early holiday for several delighted sportsbooks. In the previous Monday Night Football matchup the Panthers beat the Colts 29-26, but failed to cover the -5 number when Indy QB Andrew Luck led a furious late rally. Overall, underdogs are an impressive 8-2 against the spread this year, continuing a trend that has occurred over the past several years on Monday Night Football.

This isn't to say it's wise to back the dog or under in every prime-time setting. But careful observation of an inflated favorite in a featured Sunday or Monday night is very vulnerable. Remember to the weak Detroit Lions as a +9 underdog in a forgettable 13-10 loss to the Seahawks in Seattle in Week 4 of NFL action as another Monday night underdog and under example. It wasn't that the Lions were a great play but bettors scared to death of playing against the Seahawks at home. A true -7 line quickly turned into -9 and even -10 by game time at Bovada and a few other online sportsbooks.

Totals in prime time NFL games are also trending under this season, in a big way. Of the 20 games played on Thursday, Sunday and Monday night in the NFL so far this season, Under is 20-10. Thursday Night NFL games have gone under 7 out of 10 times so far in 2015.

This week's MNF game might pop another potential opportunity. The undefeated Cincinnati Bengals are a commanding -11 favorite at home over the forgotten Houston Texans. Total set around 47 and climbing. The Bengals are 7-0-1 ATS and can't cover every week. Don't know who will cover this one but no doubt the money will be going on Bengals and over.