NFL Betting - Who will be the first NFL head coach to get fired?

It's time for the annual holiday ritual of "Which NFL head coach will be fired first?"

Sleigh bells are ringing, children are singing and all that joyous holiday stuff is happening. It's the most wonderful time of the year, right? That is, if you're an NFL head coach. Because if Fox and CBS aren't putting your team up on the screen as at least a "playoff contender" this Sunday you have a lot to be nervous about boss.

Which brings us to one of my favorite major offshore sportsbook wagering propositions. The annual holiday ritual of "Which NFL head coach will be fired first?". The timing seems to be like clockwork as pro teams reach their 14th or 15th game of the year that fans and relentless media converge upon ownership to toss the general. After all, somebody must take the fall for a 3-9 or 4-8 start this season. Or more likely at least two or three consecutive disappointing campaigns where dreams and expectations weren't met.

The good news for NFL football coaches is they usually get 90% of a season to fail before getting the axe. And statistically, about a three-year window. Baseball managers often take the fall as early as May with NBA and NHL head coaches not lasting until mid-season before "interim" replacements are found. Not that way in the NFL, where coaches most likely have longer-term, guaranteed deals at higher salaries. Therefore, owners need to witness the season officially tanked before making the big move. 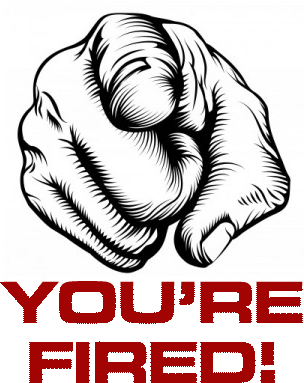 The key to betting on which NFL head coach will be fired shortly is not always deciding on specifically WHO is the most likely candidate but rather WHEN it might happen.

Case in point was last season when Chip Kelly was surprisingly removed as Philadelphia Eagles HC in Week 16 (Game 15). After having a legit playoff possibility heading into a game against the Washington Redskins, the Eagles were scalped in Washington 38-24, ending their hopes and owner Jeffrey Lurie's patience. He was fired the next day, leaving assistant Pat Shurmur the job for the final game versus the New York Giants the following week. Ironically, that was against Giants long-time head coach, Tom Coughlin, who would also have been canned had he not unofficially retired after the game.HO is the most likely candidate but rather WHEN it might happen.

Therefore, the main strategy is figuring out who walks the plank first. As no doubt, as many as five to six NFL coaches face the music come January 2nd, 2017, the very first day the regular season NFL ends. Perhaps one of the major offshore sportsbooks could create a proposition for that with all kind of possibilities. For example, Over/Under Total on how many NFL head coaches will get fired? Or head to head competition between certain shaky candidates? What specific day will they get released?

According to the experts, the following are the likeliest candidates to see the exit door very soon. Odds are courtesy of offshore sportsbooks Bookmaker and Bovada. They indicate the change in wagering status over the last six weeks. As we get closer to the end of the regular NFL season, watch for this proposition to appear at many top online sportsbooks as well.

Gus Bradley (Jacksonville Jaguars). Get on the bus Gus, it's not looking good as you've had your three losing years and worse the Jags were everybody's "wiseguy" team to make the playoffs this season. As predictable as a QB Blake Bortles "pick six interception", Bradley has quickly vaulted into the favorite positon. Time will tell if he was a good jockey riding bad horses. BUT this does not insure he will be the first or next NFL head coach to go. His bags are already packed. Just a matter of when he's sent on vacation.

Todd Bowles (NY Jets). Another nice guy and capable coach who's worn out his welcome in brutally difficult New York. Last Monday's night's 41-10 pasting by the Indianapolis Colts vaulted Bowles into second position. He immediately has inserted Bryce Petty in at starting quarterback to replace Ryan Fitzpatrick. Questions are circling whether the Jets have quit on Bowles and if that indeed is true the coach is officially done. I doubt this move saves his job but might save him the door until January 2nd.
Marvin Lewis (Cincinnati Bengals). No doubt Lewis is finally gone after too many disappointing seasons plus forgiving too many disciplinary problems in Cincinnati. This year's 4-7-1 flop clinched it with so much expected for the Bengals. When superstar WR A.J. Green got hurt two weeks ago, it all but sealed Lewis' doom. I doubt the Bengals will cut him loose before the end of the year and not a good bet at smaller odds.

Jeff Fisher (LA Rams). This guy has been around so long with no results it's really beginning to stink. This season will be FIVE consecutive losing seasons and he hasn't been above .500 since coaching the Tennessee Titans to 13-3 in 2008. He defied logic this season by waiting until the Rams were way out of playoff contention before inserting #1 NFL draft choice Jared Goff at QB. That move is finally going to cost him his job. It's just a matter of when. If you are playing this proposition at any of the premiere sportsbooks, this could be the best value play, based on Fisher's "Teflon" reputation

As for others on the list it is somewhere between likely to certain that Chuck Pagano, Mike McCoy and possibly even Chip Kelly could join the main candidates. Probably about two more weeks to think about a betting choice, depending on the very important playoff status consideration. After that, the label "interim coach" will be in the news quite like "President-Elect". The only difference is you're guaranteed a job as President-Elect for the next four years. But the people booing and second-guessing from the stands will be about the same.