The NCAA does not want betting on their sports, but they do want the viewership and revenue generated from football and basketball games, which most certainly would decline if there was no gambling.

The numbers bet on March Madness are staggering.

While most professional sports leagues have been labelled hypocrites as a result of their two-faced stance regarding sports betting, the same can't be said about the NCAA. The NCAA has always publicly opposed gambling on their sport and have initiated rules against gambling on any sport by student athletes. The NCAA was the impetus for the introduction of PASPA in 1992 and since March Madness in 1999 have run a campaign called "don't bet on it" which prohibits student-athletes, athletics department staff members, conference office staff and its own employees from engaging in sports wagering and provides severe consequences for anyone that breaks those rules. The NCAA describes wagering as anything where something of value is risked with the hope of winning something else of value and thus prohibits betting on pools, fantasy sports or contests where there is an entry fee. The NCAA has publicly stated that sports betting "has the potential to undermine the integrity of sports contests and jeopardizes the welfare of student-athletes and the intercollegiate athletics community." And the penalties for violating this policy are severe. Student athletes that are caught wagering on sports will be banned from playing in any regular or post season games for at least a year and athletic administrators including coaches likely will be terminated forever. As well, schools can be forced to forfeit all the remaining games in that year both regular and post-season. The full penalties for violation can be found at http://www.ncaa.org/enforcement/sports-wagering. 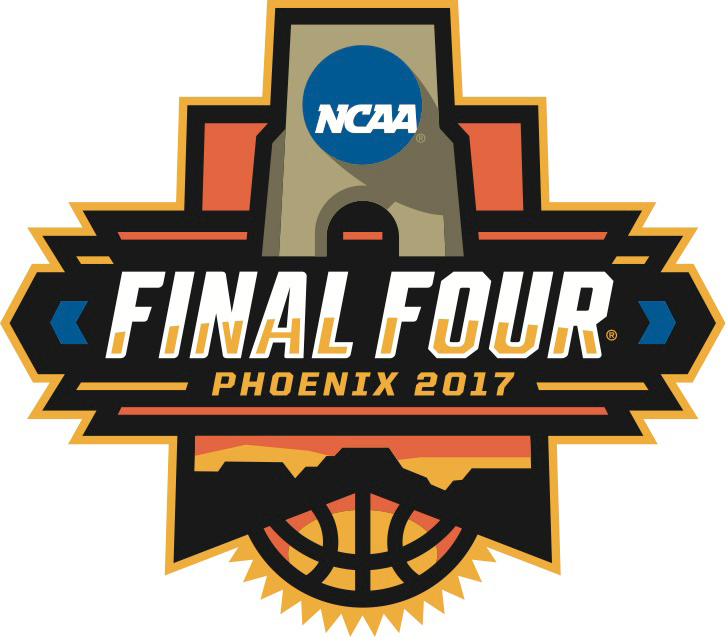 The NCAA has every reason to be concerned too. Unlike professional athletes that have already made it through college and have a career, the vast majority of NCAA players will never make it to the big leagues and they know it. They may dream about playing professionally but they know full well it's just a pipe dream. And for a lot of these students it could be a struggle to find a regular job once they graduate from university because they never seriously prepared for a working life when choosing courses and often have only passed classes with the help of others. The University of North Carolina and Syracuse were recently involved in a scandal after it was revealed that UNC were giving passing grades to student athletes that never attended classes and Syracuse were allowing ineligible athletes (due to failing grades) to play in the games anyways. And the Chronicle of Higher Education revealed in 2015 that 20 schools were under investigation at that time for academic fraud involving student athletes. Moreover, the courses a lot of these students take are what we used to call "bird courses" that provide no real academic value or use in the outside world. And, contrary to popular belief, not all student athletes get a scholarship, which means they could leave university with a huge debt load.

For that reason, along with the fact that many of the student athletes are compulsive gamblers who could indeed owe a lot of money to bookmakers, the lure to help throw games or shave points in the hopes of some large reward may be too tempting. Students don't have to necessarily lose games to profit, simply ensure a win by less than the point spread. A study conducted at the University of Pennsylvania about a decade ago showed that at least 1% of games they observed had clear signs of "gambling related corruption" (a figure affirmed more recently by sportsradar) and a study conducted by the NCAA around the same time indicated that about 1% of players admitted to accepting money to play poorly and 2% knew of other players who accepted bribes. Moreover, 30% of athletes indicated they bet at some point on some sport despite league rules. And contrary to popular belief it's not always underground mobsters that pay students to throw games but often students at the university or alumni that see a way to make a quick buck with no one really hurt. One only needs to Google 'point shaving scandals' to see how prevalent it is.

So the NCAA has every right to be concerned about players and gambling, but the problem for the NCAA as March Madness approaches is the same problem the NFL has when the Super Bowl is about to be played or when the NCAA heads into bowl seasons – the popularity and success of the event is often due to the ability to gamble on it and if that right was ever truly revoked it's unlikely the event would be nearly as big.

Filling out brackets, playing in office pools and yes, betting on games are the only reasons the vast majority of the TV viewing public turns into most of these games. When a game is played between say George Washington and Dayton in the tournament it hardly inspires excitement. Without having a wager on the game, why in the world would anyone other than students and alumni from those schools bother to watch it? And certainly, millions on the east coast wouldn't be tuning in at 1 a.m. to a game between St. Mary's and Gonzaga unless they have some financial incentive to do so.

And the numbers bet on March Madness are staggering.

The American Gaming Association estimated that over $9 billion was wagered on March Madness last year by an estimated 70 million Americans and that number is expected to increase in 2017. And of that amount only $260 million was bet in Las Vegas. To put that in perspective, the adult population (over 19 years of age) in the United States according to the most recent census was about 225 million, so just under 1 in 3 adults is expected to put money on March Madness, whether wagering offshore, with illegal bookmakers or in office pools. Over 11 million people on average tune in daily to the tournament and the final game usually attracts up to 20 million viewers. Those numbers convinced CBS and Turner Broadcasting to sign a 14-year deal in 2010 with the NCAA for $10.8 billion. It is by far and away the biggest portion of league revenues and all but 4% of that revenue goes to Division 1 membership with the teams who perform best getting a larger portion of the pie. Much of that money in turn is used to pay staff including coaches, for university promotion and of course scholarships. And all Division 1 schools benefit and profit. The only ones who don't profit from it are the players. And the same holds true for the NCAA bowl season. But how many people would actually tune in to the tournament if they didn't have some sort of vested interest?

"When March Madness comes around the sportsbooks are full."

I spoke to a colleague that worked in a Las Vegas sportsbook for years and he assured me that if gambling were to stop on the NCAA they would be lucky to get 1/10th of that viewership.

Interest in NCAA basketball the rest of the year is actually pretty poor and is on the decline" my colleague said. "Other sports attract far more interest. But when March Madness comes around the sportsbooks are full as gamblers try to handicap and get an edge. It's the bet-ability of the tournament that is so enticing. It's a one loss and your done tournament, the point spreads keep blowout games interesting and of course there are always the upsets. The tournament was almost designed with gambling in mind."

My colleague also suggested that he was in contact with faculty at several schools while in his position and while they would never admit it, the vast majority told him that they know how important betting is to the success of both its basketball and football programs and the last thing they want to see is betting stop. But they also need to somehow reel in the kids who gamble, shave points and do so openly, because it does infringe on the perception that the games are legitimate and if caught could have real life consequences for students. It's a real catch-22 situation. It's the reason the NCAA fought so hard to have college point spreads removed from newspapers but then dropped that pursuit after they were informed that the impact of doing so would have in viewership and attendance at the games. He also believes that the decision by DraftKings and FanDuel to stop offering college DFS was a blow that the NCAA were publicly pleased about, but privately mourning, since most of the intelligent NCAA members knew that they would take a hit in interest as a result.

So, with March Madness ready to take place next week the NCAA is in a no-win situation, as they are every year. They want the revenue they generate which is largely due to gambling on their sport, but they also want to openly condemn the public who do place the bets. But as the old proverb goes you can't have your cake and eat it too. Once gambling on the games stops, so too will the interest and revenue to the leagues.

So what do they do?

The answer is exactly what they are doing – publicly be upset about gambling on the tournament but privately be happy for it. And most importantly be vigilant against students, coaches and administrators that they know are involved in any form of corruption with the games. The league could also help themselves out by getting cozy with Las Vegas and offshore sportsbooks and set up a memorandum of understanding that if any unusual betting patters are observed then those sportsbooks would report back to the NCAA for investigation. Many North American pro leagues have done so even if they have not publicly embraced gambling on their sport. But unfortunately, in many league officials' minds, doing so would equate to publicly embracing gambling. And that is something the NCAA will never do.

It truly is a no-win situation for the NCAA, but that won't prevent them from singing all the way to the bank and bettors from enjoying and profiting from their wagers on the tournament.