A look at the 2016 NBA Draft including some advice for bettors to make some post-season profits.

Just when you think you can brag about having faith on the Cavs and close the books on this year's NBA betting season comes this late breaking news: it's not over yet!

Or maybe look at it this way. You can't believe the Golden State Warriors defied all logic and blew a 3-1 final lead and a lock on your series money in the neighborhood of -150 to -175. Or even more disturbing, possibly +350 if you locked-in after the Oklahoma City Thunder had them down 3-1 in the semifinals. Good news as the basketball wagering season has one key chapter left. The 2016 NBA Draft.

Grab the remote, turn on ESPN Thursday night for a competitive wagering event with exciting Round One action. Unlike the NFL, the NBA cannot guarantee more than one round of your attention because nobody really cares nor any player much hope of making the team.

You won't find many options in Nevada, if any, but a few major online sportsbooks have some intriguing wagering prospects to keep the night interesting and entertaining. And please keep in mind the first NFL Thursday Night Football game is an eternity eleven (11) weeks away. While we're sorting out baseball, this is the last dance, sort of.

Courtesy of two preferred offshore sportsbooks, 5 Dimes and BetOnline, bettors can make some last minute profitable decisions while NBA teams are planning their future. Here's a look at "the draft board" at 5Dimes and a few potential recommendations: 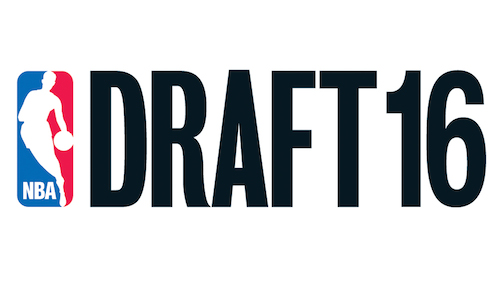 Fact: The 76ers are going to draft Ben Simmons first and the Lakers will take Brandon Ingram second. Along with the sky being blue and grass green this is no secret. If you want to make a few bucks at -795 you will likely be very limited to what you can wager. The other wager at Ingram going first at -510 is really foolish considering the risk.

I much prefer a more sensible alternative in Domantas Sabonis at -120 UNDER 11 ½. Some reports have the New Orleans Pelicans picking Sabonis at sixth as a big rebounding complement to Anthony Davis. He's known as a superb board man, a great passer and a guy who could score 10-15 points per game in the NBA over time. A strategy to let Davis score the big points in hope Sabonis can help make it happen and occasionally have his own big scoring games. And if the Pelicans pass on Sabonis, this NBA buzz has a way of getting around with another team not likely to miss on a solid player and pedigree big man.

The other risk worth taking on the board here from 5Dimes is Dragan Bender OVER 5 ½ at -150. All whispers have the 7-foot big man from Croatia going to Denver at seventh (at most). It's unlikely any team takes a chance placing him any higher in the draft. And if you think about it -150 isn't that severe a price for what seems like a very sure bet. Of course, we said that about the Golden State Warriors being the NBA Champions at the same lock -150 number a few days ago. Sorry about bringing that one up.

Some other interesting Proposition and Comparison wagers are available from preferred offshore sportsbook BetOnline that offer head to head bets on draft board players and options away from the obvious first and second round selections of Simmons and Ingram:

From this group I wouldn't mess around and take the obvious selections Jamal Murray and Jaylen Brown. Unlike the multi-round NFL draft, the NBA draft becomes highly obvious by the time they reach the podium and most of the first 10 selections become quite obvious to the media.

Wish I could provide some pricy longshots or value plays for you but the opportunity here is to pick up some pocket change while you're wrestling with the remote control. We're on the clock for the "Super Bowl rematch" on September 8th. Carolina -2.5 over Denver at the moment. And no word yet whether Tom Brady will win over the U.S. Supreme Court and suit up with a properly inflated football under center for the Pats that Sunday. No line currently available...stay tuned.