Can Ben Simmons provide more offense as the Philadelphia 76ers look to go up 3-1 in their Eastern Conference playoff series against the Atlanta Hawks?

Preview of Sixers/Hawks with emphasis on Ben Simmons

Joel Embiid has been a dominant figure in the NBA Eastern Conference playoff series against the Atlanta Hawks, in which the Philadelphia 76ers lead two games to one. But let's talk about another Philadelphia All-Star. Ben Simmons has had a strange playoff season, and if it continues along these lines it's going to hinder the Sixers' chances to move into the NBA Finals, especially if they have to face the Brooklyn Nets.

First they have to get by the Hawks. And Atlanta has the makings of a strategy that they think can work against him, with the residual effect of improving their chances of getting even in the series.

Here are the NBA playoff odds at BetOnline:

What we are going to concern ourselves with a little more involves Simmons, who as a 6-10 point guard is something of an oddity in the NBA. 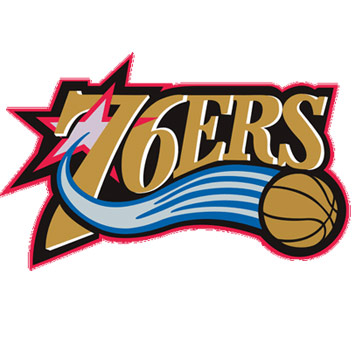 Another thing that's odd is the fact that Simmons very rarely shoots a three-pointer. So he is not considered to be a threat from the outside, and thus team can play off him. But of course, he provides a real asset in the sense that he can penetrate and take his man down low. And as anyone who follows the NBA knows, he is a stalwart defender who was, in fact, a finalist for Defensive Player of the Year (which was won by Rudy Gobert).

>Simmons has never been a great free throw shooter, but in these playoffs he's been especially ineffective. For his career he is 61%, but in these two playoff series (previously against Washington) he has made just 17 of 48, which is 35.4%.

Naturally, that is the kind of thing that can work on your confidence, kind of like a golfer who can't make a four-foot putt, and finds that snowballing.

And the Hawks have even taken to fouling him on purpose; they are "hacking" him, if you will. This is the kind of thing that can take minutes away, especially if coach Doc Rivers decides to keep him off the floor in tight situations late.

Here is the over-under on Simmons' points as it is listed at BetOnline:

Here's our take on this - as it stands now, Simmons is averaging 13 points in the series. We know that if he shot what his season-long percentage is, he'd be well over that mark; probably close to 15. And maybe that's what has to happen.

We know this; despite these problems, he's played only one minute less than Embiid, so Rivers isn't keeping him out of action purposely. Certainly his defensive contribution looms large.

But he has made 16 of 21 attempts from the field. In other words, when he does what he does, Atlanta doesn't really have a game plan for him. The matchup is so tough; it might have been one thing if De'Andre Hunter was playing, but he isn't. Trae Young isn't ever going to be able to guard Ben Simmons, so you can forget about the point guard vs. point guard thing.

We're going to give Simmons the benefit of the doubt here and go OVER on this prop. And it might be ironic that getting "hacked" may be the thing that sends him over the top here.

If you are looking for props to play on these NBA playoff games, look no further than BetOnline! You can go into the sportsbook interface, click the red plus sign button (+) and find literally hundreds of ways to go. So you can't tell anyone there aren't dozens and dozens of ways you can enjoy each and every game! ...... And don't forget Odds Boosters, which supply you with explosive payouts on pre-selected parlays, every day of the week...... Get involved quickly in the action with a credit card or Bitcoin, and away you go!