NBA Betting Previews -- Pelicans: It's a Great Future - Can Some Of it Be Now?

The New Orleans Pelicans might let Zion Williamson open up the engine a little as he faces fellow rookie Ja Morant and the Memphis Grizzlies in NBA betting action in the bubble.

BetAnySports customers may be seeing internet stories where the New Orleans Pelicans have been criticized for not giving Zion enough minutes. He has only had 29 in the first two games, both losses for his team.

However, some consideration has to be given to the residue of his injury rehab, his time spent outside of the bubble (missing 13 days, in fact, on a "family emergency"), or his conditioning. It suggested that the NBA has wanted Williamson to play more, and that New Orleans was only invited into the bubble because of his presence on the team. 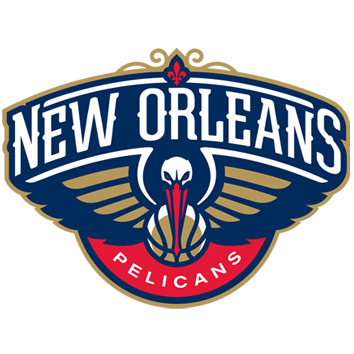 And the NBA had 22 teams in the bubble for a reason. But Zion and the TV ratings he can bring can't be the ONLY reason. The way the NBA has set up the scramble for playoff position, the Pels are in Orlando because, despite their 28-38 record (33-31-2 ATS), they are well within striking distance of a playoff spot. Remember, a team which finishes ninth in the conference can force a two-game "play-in" series with the #8 team if they are within four games at the conclusion of the seeding games. At the moment, New Orleans is 3.5 games behind eighth-place Memphis. The problem is that they are battling it out with other teams like San Antonio, Portland, Sacramento and Phoenix for that spot. It's actually, when you come to think of it, the most exciting thing about the bubble, because it involves the most drama and uncertainty.

The Pelicans will meet up with the Memphis Grizzlies in an NBA game being played, of course, inside the "bubble" that will house all the action right through the end of the playoffs.

Game time is 6:35 PM ET at the HP Field House on the campus of ESPN's Wide World of Sports complex near Orlando.

At BetAnySports, the Pelicans are 4.5-point favorites on Monday night, with a total of 236.5 points.

Williamson told reporters the other night, "I'm a competitor. I want to stay on the court. When I’m coming out of the game, my competitive side of me that I want to stay in. I guess that does affect the fun a little bit, but not too much."

The truth is, players always want to play more than what might be good for them. Is New Orleans in the hunt for the eighth playoff spot? Absolutely. But the prize for that is an almost certain first-round elimination by the Los Angeles Lakers. What these Pelicans have to be playing more for is the future of the franchise, and it actually looks pretty bright.

There's some depth to draw upon, along with All-Star performers like Jrue Holiday and Brandon Ingram, along with veteran support people like Derrick Favors and JJ Redick and a point guard who could be on the upswing (Lonzo Ball - remember him?).

And because of the deal they were able to make in the Anthony Davis trade, they are getting more draft choices out of the situation. So there is no reason not to think that long-term, things are looking up.

This last outing, however, was absolutely brutal. In falling 126-103 to the Clippers, they trailed by 37 points going into the fourth quarter, pretty much disqualifying Zion from getting more minutes, and allowed Kawhi & Co. to shoot 25 of 47 from beyond the arc.

Well, they are not likely to get trampled by triples by a Grizzlies team that has made only 20 of 71 from three-point range over the first two games. And it truly would seem a crime if coach Alvin Gentry did not allow Zion to showcase himself a little more against his fellow rookie standout, Ja Morant, who quite possibly can be mitigated a bit by Holiday, an All-Defensive selection. In this bounceback situation, we can lay the points.

Remember that at BetAnySports you are going to have more options with which to bet the NBA than anywhere else.......Reduced juice gives you a lot more value on your bets.... And while the games are in progress, you can place wagers with the state-of-the-art software from Sports Betting Prime....... Get you account open TODAY, using your debit or credit card, person-to-person transfer or the virtual currency of Bitcoin, which is fast and easy with their automated system, and NEVER incurs a transaction fee!