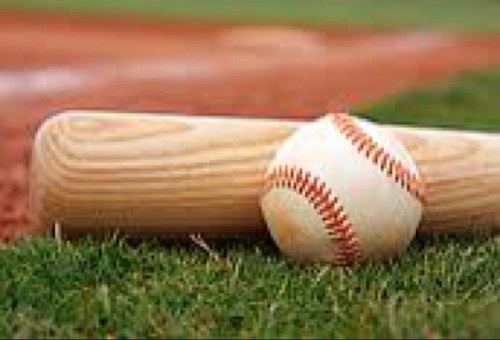 Betting advice and tips for playing the run line, including a perfect situational betting example for tonight's MLB action.

A record number of home runs in the All-Star game (10) may have shown a sign of what to expect in the month ahead. High-scoring teams continue to take big betting action at the sports books, and it just so happens that the five highest-scoring teams are currently the five best teams in baseball – Red Sox, Indians, Yankees, Cubs and Astros. All five teams average more than 5 runs per game with Boston a MLB-best 5.35 runs per game.

Sunday was a scoring slugfest as 11 of 15 MLB games went flying over the total. The leading online sports books are posting higher totals and making you suck down some more juice at times when playing over the total in hopes for a high-scoring result. The hotter weather should continue to assist scoring in many cities and stadiums, but you still need to analyze stats, situations and pitching match-ups before blindly betting totals.

The linemaker has often made the money lines unplayable at times on the Big 5 as favorites, but that hasn’t stopped the rush of Ben Franklin’s being bet on the elite teams and even parlaying them to over the total. That’s because many bettors are pounding the run line too, laying -1.5 runs on the big favorites.

The Boston Red Sox have been especially rewarding on the run line, and have some of the most powerful run line results seen over the past eight years. That’s especially since the second half of 2015 when the surge in scoring increased along with home runs, likely due to a ‘juiced’ baseball or ‘technology’ advancement. Boston’s 20 most recent wins prior to the All-Star break produced a record of 20-0 on the run line, as the Red Sox wiped out each opponent by 2 or more runs. Boston was a favorite in 18 of those victories to an average line of -191. At that price, bettors are able to lay approx. -110 on the run line, but the lines have really been rising on the Red Sox, along with the Yankees and Astros. Boston finally failed to cover the run line as a $2 favorite the first game after the All-Star break but still won 1-0 before losing 5-0 laying -143 on Saturday. Boston bounced back July 22 with a 9-1 trouncing of the Tigers laying -300 on the road to reward run line bettors again.

However, in Houston’s most recent 11 home games right before the All-Star break, the Astros were at least a -200 favorite in every game including a -400 favorite July 15 when they lost to Detroit 6-3. Houston was 7-4 at home, but lost more than 3-units for money line bettors and won just four of those seven games by 2 or more runs, so it was a losing run for bettors riding the Astros.

So as the linemaker adjusts at the leading online sportsbooks, you too need to adjust and still pick your spots if you’re going to play the run line. Boston has produced a league-high 23-units this season for money line bettors, and also won a league-high 61 games by 2 or more runs to add an additional 19-units of profit. Tampa Bay is next with 58 wins by 2 or more runs, but even more profit as the Rays don’t lay near the prices of the Red Sox.

You may have been surprised to see the juggernaut Red Sox shutout 5-0 on Sat., July 21 before bouncing back big with a 9-1 win Sunday at Detroit. When high-scoring teams and the best teams are shutout in a ballgame, it usually gets a second look and a box score review by handicappers and bookmakers.

Winning teams returning home as a favorite off a shutout road loss have gone 82-34 since 2004 and produced a return on investment (ROI) of greater than 13%.

Monday, July 23 the high-scoring Cleveland Indians (54-44) return home from the 100+ degree heat in Texas off an embarrassing 5-0 shutout loss to the Rangers against a poor starting pitcher. The Indians had won the first two games of the series 9-8 and 16-3, so you see why it was surprising that Cleveland was shutout as a big favorite. Not surprisingly the Indians are taking betting action Monday and bet-up sharply from the opener. They are now a -300 favorite in Las Vegas at Caesars and MGM properties, and leading offshore sportsbook BookMaker has these lines.

Teams very rarely lay this big of a price in this situation, but lay it if you play it on the money line or run line, or pass the game and look for this shutout situation in the future on winning teams of interest.