It’s time for the U.S. to pay Antigua what they are owed

Thirteen years after a WTO ruling regarding online gambling, it's time for the U.S. to drop the charade and pay Antigua what it's due.

It's hard to believe that the WTO case involving Antigua and the United States is still being discussed. The original suit was filed in 2003 but almost 13 years after the initiation of the case by Antigua and almost a decade after the World Trade Organization made its final ruling the two countries are still arguing over the decision rendered by the WTO.

For those unfamiliar with the case some history is in order.

In the mid 1990s hoping to grow its economy the small islands of Antigua and Barbuda passed the Free Trade and Processing Act, which allowed the country to issue gambling licenses to operators that could take bets, tax free, from around the globe. The first gambling companies such as World Wide Telesports (WWTS) and Post Time set up operations, but a few years later when the Internet became a meaningful form of communication several other companies came aboard and offered Internet gambling from the island. Two of the big names to offer online sports betting from Antigua were Intertops which relocated from Austria and World Sports Exchange (WSEX) which used unique form of stock market type betting. Not long after other companies like WWTS moved from a phone-only sportsbook to a phone and internet betting platform and numerous casinos and poker rooms set up shop as well. At its peak over 60 operators had offices on the island, employing over 1,100 workers, paid wages far beyond what other Antiguan companies were offering and the island was resolving its financial woes, with gambling licenses costing $100,000 a year each. In fact, by 2001 59% of all global online gambling was taking place in Antigua and revenue exceeded $2 billion per year. While the 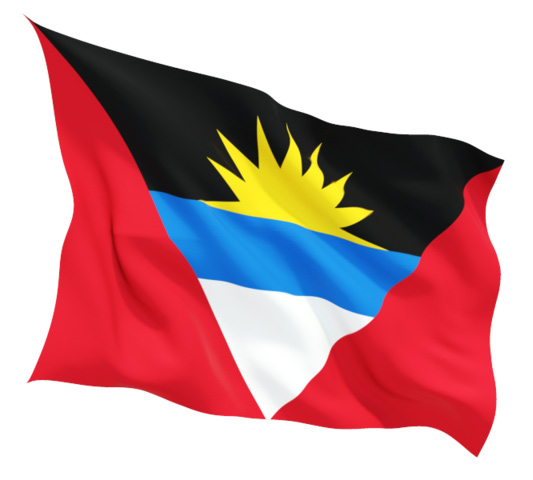 betting companies took wagers world wide the vast majority of customers were located in the United States. There was always a concern that the United States could try to shut down the operations if they deemed the operations to be illegal. This concern became a reality when the U.S. Department of Justice (DoJ) declared that offshore gambling catering to U.S. citizens was illegal. Subsequently, Attorney General Janet Reno issued arrest warrants against some of the big names in the industry, including management at WWTS and WSEX. Most of those named returned to face the charges and pay a penalty, but WWTS management remained defiant. Jay Cohen, one of the founders of WSEX, decided to return to the United States and fight in court that what WSEX was doing was not against the law, since Antigua was an independent nation and since bets were taking place there, they were not violating U.S. law.

Not surprisingly Cohen's defense was rejected and he was found guilty by the U.S. courts. Cohen was sentenced to 2 years in jail and the Antiguan government was informed that unless they did something their cash cow could be eliminated . . . once the U.S. flexed its muscle. Consequently, on the advice of council and some people at WSEX in 2002 Antigua decided to take the U.S. to the WTO court arguing that the U.S. was in violation of a trade agreement (GATS) that it signed which ordered the U.S. to allow cross border gambling services. The U.S. Trade Representatives (USTR) told the WTO courts that they never intended for gambling to be a part of GATS, since online gambling goes against the country's morals and that all gambling in the United States was only permitted by state governments and land based casinos. But Antigua argued that the U.S. intentions were irrelevant because they signed an agreement that permitted those services and also that the USTR was not being completely honest since the U.S. government had already passed a law called the Internet Horse Racing Act (IHRA) which permitted simulcast and online horse racing to take place between states – i.e. people in New York could bet on horse racing from California or another state. After weighing the evidence, the World Trade Organization ruled in favor of Antigua and told the U.S. to correct the situation within one year or face a penalty. An appellate court upheld the original court's decision.

"Had the U.S. presented their morals argument today as their defense the WTO likely would have laughed . . . "

The USTR did nothing, hoping that the situation would just go away, but when pushed they announced they would rewrite that section of GATS to remove the wording that permitted gambling services. While it was their right to do so, it would have been the first time this occurred and any other affected countries could seek restitution. As a result of that announcement, Canada, India, Japan, Costa Rica, Macau and the EU announced that they would seek restitution but the U.S. never rewrote the section and hence never had to pay the restitution to other countries. In the meantime, the U.S. told the WTO they were now in compliance with the ruling despite doing nothing and a completely frustrated Antigua finally asked the courts to acknowledge that the U.S. was not going to live up to the court's decision and if the WTO to issue a ruling against the United States.

Antigua asked for $3.4 billion a year in compensation which they could apply against American copyrighted and trademarked products under the WTO's intellectual property rights agreement, aka TRIPS. Antigua believed that this ruling would anger companies like Sony or Microsoft who would then force the U.S. government resolve the issue once and for all. Thus, in 2007 the WTO finally made its final ruling that the U.S. was in violation of the courts decision and issued a judgement for Antigua but only to the tune of $21 million per year (the amount they deemed Antigua was losing from horse racing as a result of the IHRA). It was a weird decision and effectively upheld the morals argument made by the USTR since at the time there was no online gambling stateside, but it also noted that this morals argument didn't apply to horse racing since the IHRA allowed online and interstate gambling on that product. A representative at the WTO I was in contact with at the time told me that the whole thing could go away and the U.S. would be free of any obligations if they simply withdrew the IHRA. Needless to say the horse racing industry told the government that they would give up the right to Interstate horse racing "over our dead bodies."

But there was a silver lining for Antigua. The courts allowed Antigua to use the settlement on TRIPS and the USTR warned Antigua against doing so. And Antigua held off, and held off and ... In the meantime, the U.S. passed the UIGEA forcing WWTS and some other publicly traded companies to close shop and the U.S. banks were informed to pay close attention to transactions from Antigua which made it nearly impossible for gambling operators in Antigua to process deposits or withdrawals drawn on Antiguan banks. As a result, most companies were forced to use 3rd party processors (many quite rogue) and the benefits of operating from that country were drying up. As such the number of gambling operators from Antigua shrank and the ones remaining ran into deep financial trouble, the most notable being WSEX which closed shop in 2013 after it could no longer pay players. And management from WSEX said the 3rd party processors who stole money were largely to blame. Moreover, big names like Intertops and Bodog looked for better and cheaper options as the well regarded Antiguan license became sullied.

Despite the fact that the gambling industry was all but dead in Antigua, the country kept trying to find ways of amicably settling the dispute with the U.S. (obviously desperately needing the approximately $200 million it was owed), but the U.S. clearly never had any intentions of resolving the issue and have never agreed to meet with Antiguan representatives to discuss the case. Antigua has been chastised for failing to use the award given to them by many in the industry, myself included, but after talking to individuals connected to the situation it's clear they have been afraid to use the WTO decision because they believe if Antigua becomes a pirate nation and sells unlicensed U.S. goods, the U.S. could retaliate against its tourist industry, which would kill Antigua and Barbuda's economy  permanently.

In 2014 the island nation voted in a new President, Gaston Browne, who has tried in vain to get the U.S. to abide by the court's decision and like his predecessor has not used the TRIPS decision. But last week Browne indicated that it may be time. In fact, he took a shot at the U.S. government suggesting that the only one that has benefited since the original WTO decision was the U.S. Department of Justice which has raked in millions in fines from arresting Antiguan based operators. But Browne also appealed to the U.S.'s sense of decency stating he really doesn't want to offer an industry violating U.S. copyrights and trademarks but that the poor island can't afford to pass up the $200 million it's owed which to the U.S. is a drop in the bucket. He also indicated that he hopes the countries can remain friends if indeed they decide to offer cheap copies of movies, software and music by suspending royalties.

And in fairness the U.S. should pay up and be happy it's not more. Since that ruling several incidents have occurred in the United States which makes the "morals" argument it used as a defense look like a joke.

In the morals argument the U.S. government said that it didn't allow any form of cross state wagering. But this occurs all the time in horse racing and in fact has expanded since then to allow other countries to bet into U.S. pools via online wagering and visa versa. Using the morals argument, the U.S. argued that it didn't permit online wagering. But several states now allow online wagering including New Jersey, Nevada and Delaware and it's clear that several other states are about to offer the product as well. And in some cases states have agreements that allow integrated pools.

In the morals argument the U.S. said that only the government or licensed casinos are permitted to offer gambling. But daily fantasy sports is clearly a form of sports gambling (and online nonetheless) that is operated by independent companies and is actually supported and sponsored not only by the governments but the sports leagues as well.

So make no mistake about it, had the U.S. presented their morals argument today as their defense the WTO likely would have laughed since online gambling is alive and thriving in the United States and there's a good chance that when sports, casinos, poker and horse racing were all factored into the equation the WTO may have in fact agreed that $3.4 billion per year was a reasonable settlement.

As such it's time for the U.S. to drop the charade and pay Antigua what it's due.

The gambling industry in that country is pretty much dead and it's very unlikely it will ever come back. But the legal costs, the fines it was imposed and the stress to both the Antigua's economy and its workers is worth far more than the $200 million the U.S. government owes the country. The U.S. will never admit it was wrong but it could pay the country the money, do so without admitting any guilt and let bygones be bygones. It's not only the fair thing to do, it's the right thing to do.