Throughout the years I've provided statistical profiles in football to assist bettors in finding edges in match-ups. From rushing to passing, point-of-attack play and defensive profiles, we try to use stat profiles and uncover misleading scores that don't always tell the story from the stats and box scores.

This season is a later update on looking at the more balanced and efficient college offenses, but the stats do provide a larger sample of games and can be used for the closing month of the season. As top teams make a push for the conference championship games, major bowl bids and CFB Playoff, you'll be able to use some of these stats on those teams and others to help you identify more potential mismatches and winners.

That was the case with undefeated Wake Forest, who has a very deficient defense along with an explosive offense that just misses on the rushing criteria. But the Demon Deacons allowed 58 points in defeat last week against North Carolina - a team that makes the '200 club' balanced and efficient list below.

So which teams balance the run and pass to create greater efficiency and scoring? While many are top teams in the rankings, there will be games ahead and situations where you can bet on these teams as underdog. You can also use these stats when making in-play wagers knowing you may have a match-up advantage based on what's happening in the game, or for totals and over/under bets. These stats had to help for the 58-55 North Carolina - Wake Forest game last week despite the very high posted total. As props are offered, these stats can also assist you with yardage projections.

In 2019, I made a bigger bet in the college football National Championship game on Clemson (+6) when they dominated Alabama as an underdog and crushed the Crimson Tide 44-16 to win the national title. As I noted in Forbes, "it is a rare situation when you can get an underdog of at least a touchdown that is both a defensive dominator along with a high-powered balanced offense that both runs and passes for more than 250 yards per game. Clemson will be up to the challenge to beat Alabama and reward Tigers betting backers. You can bet on it."

Match-ups are always key, as is isolating value in the betting line when shopping at the leading online sportsbooks, who take more bets and action on the weekly Top 25 games, of which we provide picks, opinions and analysis each week. But know there are many more games that provide greater mismatches and statistical edges that can be combined with situations and scheduling to create value and opportunities to cash in. See last week's upset special of Purdue over undefeated Michigan State as a most recent example. 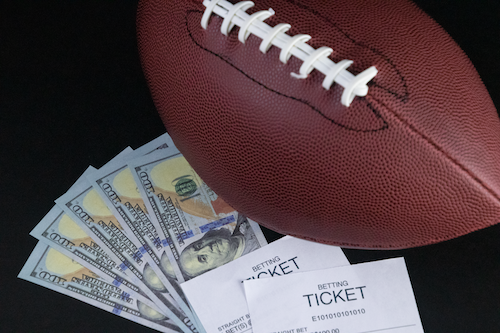 The college football Top 25 polls and CFP rankings are not too important, but what is significant is stats that matter and against what caliber of opponents. While total yards gained, yard per play and rushing and passing numbers are worthy statistics to consider, the way in which teams accumulate those yards is significant. In college football, it’s important to control or dominate the line of scrimmage. And teams that can balance their offense and attack are usually more efficient and make it more difficult for opposing defenses and coordinators to defend and prepare. Evaluating opponents and strength of schedule is another factor you must analyze once you review the numbers and statistical profiles.

The teams on this list below are often most productive thanks to a strong offensive line. Same with the high-profile and productive passing teams. So watch for key injuries each week not only to the skill position players, but those offensive line players and also defenders that could impact how a team performs.

Here are the teams that average at least 200 yards per game both rushing and passing. Balance on offense to create better efficiency at at least 6.0 yards per play as members of the '200 Club' on offense. Dropping the rushing parameter to at least 190 yards per game and you'll see 3-4 top teams added to the list.

Note that Kent State has the weakest profile of the 200 Club with the lowest yards per play (5.7) and scoring (28 PPG) with UCLA just behind.

This list shrinks as the season moves along, and I'll note some other teams that just miss part of the criteria as one's to also watch.

Clearly there are top offensive teams who don't make this list, but may pass the ball with elite efficiency.

Also, Ohio State, Oklahoma, Georgia and Virginia are top 5 in the country in yards per play offense, averaging at least 6.8 yards per play with heavier pass offenses.

So isolate those teams against weaker pass defenses or teams that struggle to get pressure on the quarterback, and recognize those high profile and productive teams are often heavy favorites.

Review box cores, stats and update your numbers as able throughout the season. Dig into the match-ups, and you'll find more edges and often advantages for teams that have more balance on offense.