Is NASCAR prepared to promote gambling on its sport?

With the constant reference to drivers' odds in recent auto racing broadcasts, NASCAR and Indy Car may be looking to grow their series via the betting window.

Anyone who has followed F1 knows how important and lucrative gambling is to the success of the sport. Advertisements for a sports gambling company in Malta called Betclic were scattered throughout the broadcast and other gambling companies have sponsored the series for decades. In fact, to illustrate how important betting is to the series one only need to look back to the 2002 Austrian Grand Prix when Rubens Barichello pulled over on the last lap to let his teammate Michael Schumacher win per team orders. Bettors were furious and William Hill's spokesman Dave Hood stated "We feel sorry for anyone who backed Barichello. If he was a jockey he would be in big trouble." Hood was referring to a rule that makes it illegal for a jockey to not try to win a race in Britain that could result in a lifetime suspension. Following that move as well as a couple of other questionable incidents in the next year a few major UK bookmakers told F1 that they would stop offering betting on the series unless they cleaned up the sport. That threat alone was enough to convince the series to ban team orders and change several rules (even though team orders are now allowed again).

When it comes to North American automobile racing, however, the two official series, NASCAR and Indy Car, have never publicly stated their acceptance of betting. In fact, it was believed that the series owners opposed to betting on the sport, likely to get in line with other leagues who are worried about corruption. But in recent years TV telecasts have started to discuss the odds on drivers at times (particularly in Las Vegas races) and several mainstream websites have articles devoted to betting on the sport. Jayski.com (the most notorious NASCAR site on the internet) has a section that highlights race odds and championship odds and the USA Today has a weekly article that discusses the odds. But this year the broadcasts outdid themselves by talking excessively about the odds on the biggest day in racing. 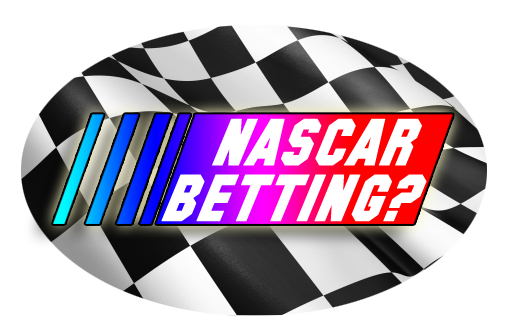 Driver odds were discussed several times during the Indianapolis 500 broadcast including the fact that Alexander Rossi, the winner of the race, opened as a 100-1 outsider and in the Coca Cola 600 the race odds for both the Indy 500 and the Coca Cola 600 were mentioned ad infinitum. Anyone who followed the broadcast surely knows how shocking it is that "such a dominant driver in the Coca Cola 600 opened at 8 to 1 odds" and that even after practice and qualifying you could still get 6 to 1 on him. Darrell Waltrip and Jeff Hammond made sure that viewers knew how dominating Martin Truex was in the race, as well as his betting odds. And the odds on other drivers were discussed as well. If NASCAR or Indy Car still has any sort of opposition to betting on its sport (publicly or privately) it certainly didn't show on Sunday.

Even in the area of daily fantasy sports it is curious that NASCAR betting is being offered and promoted. After all the section of the UIGEA that legalizes fantasy sports states the following:

All winning outcomes reflect the relative knowledge and skill of the participants and are determined predominantly by accumulated statistical results of the performance of individuals (athletes in the case of sports events) in multiple real-world sporting or other events.

Naturally a NASCAR race would be only one event unless they choose to combine it with another series or the Saturday Xfinity race. But it seems that DraftKings got around the UIGEA by arguing that each driver's race is an independent event thereby making it legal. And no lawyers or state attorneys have bothered challenging DraftKings' interpretation, likely because there is little to gain by having DraftKings drop NASCAR from its selection of sports and because NASCAR was the one who approached DraftKings, asking them to consider putting NASCAR into the selection of sports available for DFS. And NASCAR made no apologies or provided any excuses for that decision, simply stating that it's the best option to help grow popularity in the series.

In a press release last May when the deal was signed that gave DraftKings an exclusive 3-year deal to be "the official daily fantasy sports provider of NASCAR" and allowed DraftKings and NASCAR to mutually promote their products, Steve Phelps, NASCAR's Executive Vice President and Chief Marketing Officer, stated the following in a press release:

"Pursuing ways to connect with our fans on a daily basis while enhancing their viewing experience has been paramount to NASCAR, and fantasy sports is a core tenet of that strategy. We are committed to growing our fan base, increasing engagement and diversifying our audience and partnering with DraftKings will strongly support all of these efforts."

Based on the constant discussion of odds during the telecast one can only assume that Phelps now believes that promoting real money betting on the sport is the next step to generate interest.

"I think NASCAR will just go along for the ride."

I spoke with Micah Roberts, a former Las Vegas Sports Book director and current writer on NASCAR odds for Sporting News and Vegas Insider and asked him whether he believes NASCAR may be changing its attitude and are preparing to promote gambling. Somewhat surprisingly Roberts indicated that this isn't really a change at all, they are just finally coming open about a policy they always promoted.

"There isn't any type of sponsorship NASCAR won't take money from. Casinos and fantasy league sites are no different from Tide, Pennzoil or the NRA. NASCAR's only stance against gambling has been that of trying to be politically correct.

I think NASCAR will just go along for the ride, whichever way the major sports go. If interstate wagering were allowed to happen, they would benefit greatly at the NASCAR-owned Kansas Speedway and also at Dover International Speedway, which already has a beautiful sports book in it, but they have goofy laws that only permit parlay wagering. They could charge betting outlets a huge lease fee for kiosk locations during a race weekend at every track, and the books would pay it just because of expecting to hold 30 percent weekly with the odds to win. Think about it. If you could get half the NASCAR crowd on a Sunday betting $10 each, that's $500,000 in handle and $150,000 in expected win, and that's a low estimate because most people bet four to five drivers and the average bet is around $25. And that doesn't count
Saturday's race, either, or mobile phone betting possibilities. Las Vegas Motor Speedway inquired about my sports book installing terminals at the track around 2002, but we couldn't because they didn't have a gaming license.

NASCAR can't lose in any way with betting. It's already going on, and people love it. They might as well try to squeeze out some profits out of it and I believe they and the sports books both will."

Of course it also can't be ignored that while NASCAR attendance and viewership is not increasing, betting handle is and this represents a great opportunity for the sport to try and increase its attendance and viewership figures if they can convince people that the sport is worth watching because there is money to be made. And of course NASCAR isn't alone. The NBA is now promoting betting on its sport including DFS to help generate interest and there is speculation that almost every other North American league except the NFL and NCAA are preparing to follow the NBA's lead.

And for those who are curious, Rossi's odds of 100/1 to start the week and 66/1 to close were the longest odds of any Indianapolis 500 winner since Las Vegas has been posting odds on the event. It's just unfortunate I didn't see any way he could win the race or I'd be on the way to the bank right now.